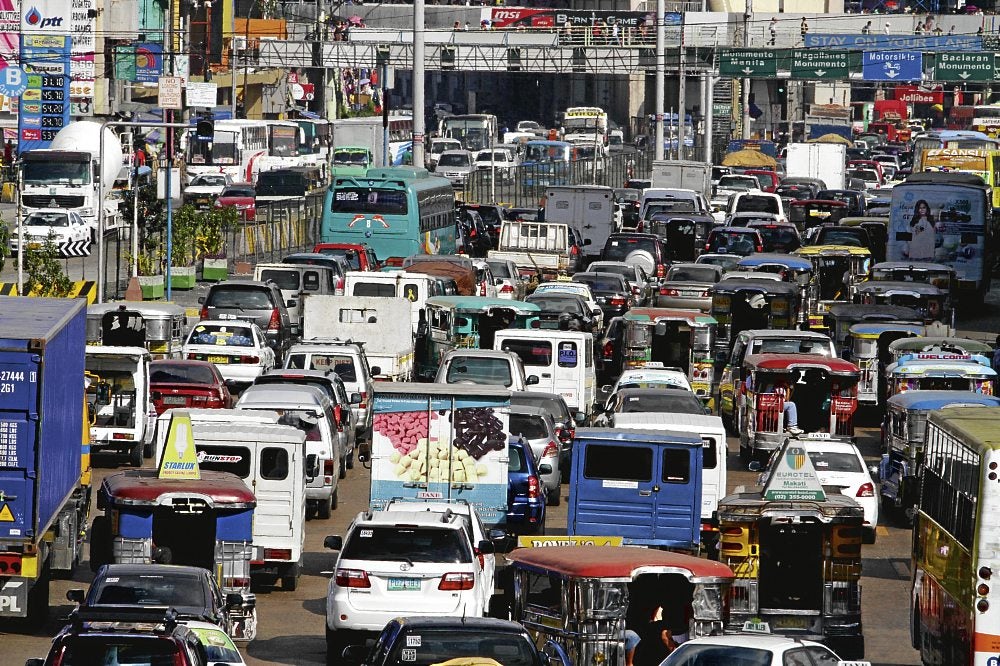 DEPARTMENT of Public Works and Highways chief Mark Villar seeks to solve the traffic gridlock in Metro Manila in the next two to three years.

Speaking at the Financial Times-First Metro Investments Corp. (FMIC) Summit on Tuesday, Villar acknowledged that poor infrastructure was one of the challenges faced by the Philippine economy, thus reaffirming the Duterte administration’s goal to hike infrastructure spending to 7 percent of gross domestic product (GDP).

In 2017, the first full year of the Duterte administration, he said that infrastructure spending should rise to 5 percent of GDP, the minimum acceptable level of spending based on global benchmarks.

As far as traffic management is concerned, Villar said the government had been searching for projects that could decongest traffic in major cities like Metro Manila.

“Congestion in Metro Manila is a problem that we believe we can solve in maybe two or three years and I’m not being too ambitious,” Villar said.

Villar said substantial progress could be achieved given major road projects already in the pipeline which he said should ease traffic flow in Metro Manila. He cited the North Luzon Express Expressway (NLEx)-South Luzon Expressway (SLEx) projects (there are two of such connector road projects undertaken separately by the San Miguel and Metro Pacific groups), the Harbor Link project (undertaken by Metro Pacific to link the port area to NLEx), NAIA (Ninoy Aquino International Airport) Expressway that will connect all three NAIA terminals via elevated tollways) and the Skyway extension project.

Speaking to reporters after the forum, the DPWH also cited the potential widening of key throughfares C3 (from Navotas to San Juan), C6 (from Taguig to Quezo City) and R10 (port area).

At the same time, he said many flyovers and overpasses would be constructed across the metropolis that would alleviate traffic.

As flooding is also a major cause of traffic gridlock, Villar said the over P20-billion flood management program approved by the government’s Investment Coordination Committee (ICC) should also help the metropolis.

“These are all projects in the pipeline that in two to three years will greatly improve problems in infrastructure thats why I’m confident we can make great strides in solving these issues,” Villar said.

During the forum, Villar said he believed the economy was “on the road towards a strong balanced growth in the next few years, citing the Duterte administration goal to jack up trend growth to 7-8 percent per annum.

But traffic is not all that the DPWH would work on, Villar said, adding that the Duterte administration would put in place a comprehensive program that would build not just major roads and bridges but also farm to market roads, address cause of flooding and help with water resource management.

Among others, Villar also backed plans to implement a 24/7 work schedule in the metropolis alongside improvements in project approvals, procurement and getting right-of-way for various projects.

Overall, he said DPWH’s goal would be to increase infrastructure density, safety and quality all over the country. /rga