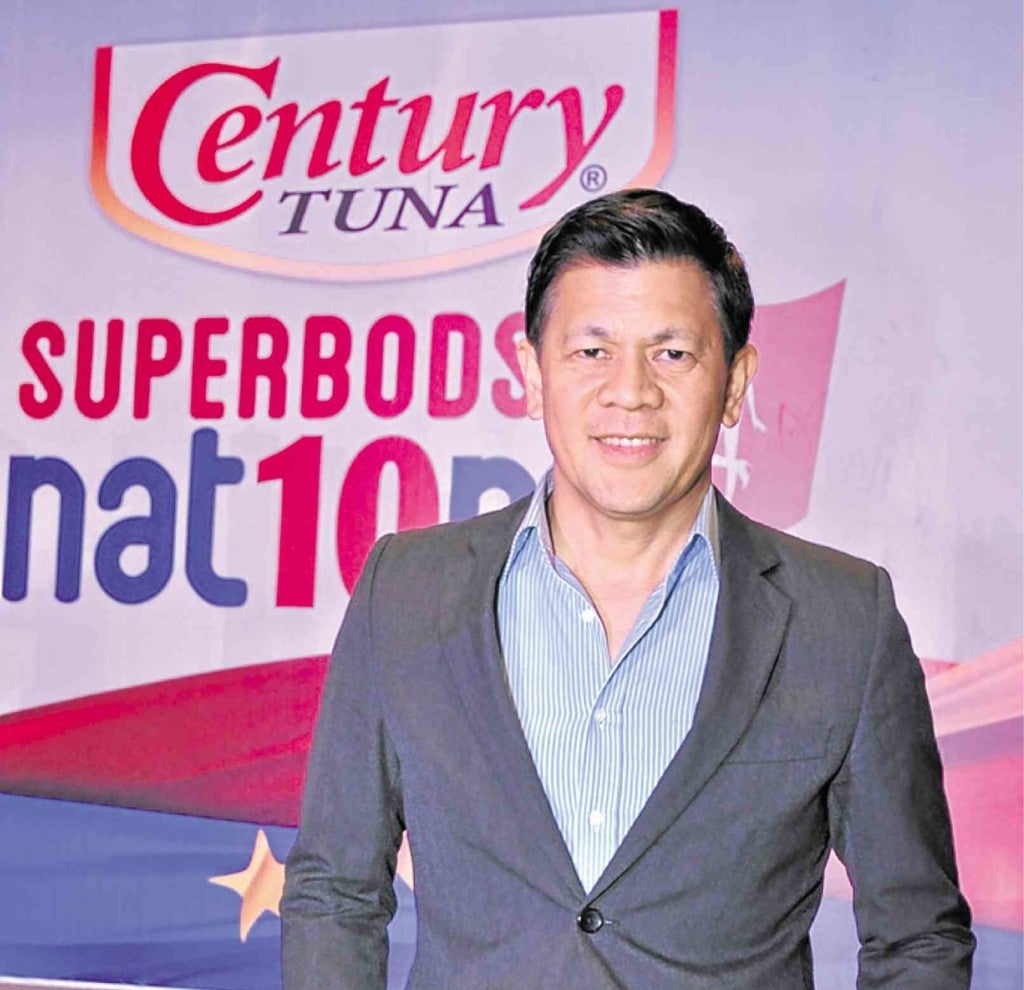 Less than 50 joined the Century Tuna Superbods competition when it was first organized in 2006.

Ten years later, the number of hopefuls swelled to over a thousand.

And like Century Tuna Superbods, which has become the premier competition for those in the fitness world, the brand has likewise grown in 10 years, with Century Tuna, the flagship brand of listed Century Pacific Foods Inc., becoming the undisputed leader in the canned tuna category.

Century Pacific general manager Greg Banzon says the Century Tuna Superbods competition has contributed to lifting the equity of the brand, which grew on the platform of taste and health.

Indeed, its vision is to “provide nutrition for everyone at excellent value, leading the way to health.”

It has made it its business “to feed people well and let them enjoy full, happy and healthy lives.”

He says it was not a stretch to venture into the growing fitness category due to the inherent benefits of tuna, such as the high level of Omega 3. It is also a low-calorie, low-fat and high-protein food, which means less weight gain for those who enjoy it.

Century reinforced that message with the help of popular celebrity endorsers, including Gloria Diaz, Piolo Pascual and John Lloyd Cruz.

Century is the second brand of Century Pacific group founder Ricardo Po Sr. after 555, now one of the leading brands in the crowded sardines category.

The Century group today accounts for about 9 of 10 canned products sold in the Philippines.

“It came up with the brand Century because the vision is that the brand will last at least 100 years,” says Banzon.

Two or three years after Po launched the regular canned tuna in vegetable oil, Filipinos started eating it with rice.

That was when the company felt it had finally made its way to the cupboards of Filipinos.

“It was on a platform of taste then. The healthy came later. It was an added layer to the message to help grow the brand,” says Banzon.

Banzon shares that John Lloyd Cruz was specifically tapped to impart the message that Century Tuna can help anybody become more healthy and sexy.

The campaign with Cruz was complemented by the launch of the Century Tuna online diet and exercise program for all to follow.

The Century Tuna program that Cruz was on helped him lose three inches from his midsection, making his body more defined.

That helped impart the message that Century Tuna is not just for body builders or commercial models, but for everyone.

The Century Superbods competition, meanwhile, was a tactic to reach the market via the non-celebrity route, featuring real people who have incorporated Century Tuna into their lives, with the benefits displayed for all to see and appreciate.

“The campaign helped make people understand the idea of a superbod, about going for low-calorie food like Century,” Banzon says.

Banzon says it is vital for Century Tuna to constantly give the market new messages and excite the category.

Canned tuna, after all, is a mature category—tuna has been around for 30 years—and there are many pretenders to the throne.

“The worry is that the category will not grow fast enough. Since we are the market leaders, we need to take the lead in growing the category,” says Banzon, and that means reaching out to more markets such as the teenagers and working adults who are more serious about health and wellness.

This is the logic behind tapping Paolo Avelino, James Reid, Jesse Mendiola and Elmo Magalona, who have talked about their physical transformation and the emphasis they place on their flat and defined abdomen.

For many people, having a six-pack is the ultimate proof of fitness.

“We want to be the enabler of that program to have abs,” says Banzon.

Championing health and fitness is a campaign that the company wants to push to other markets such as the Middle East, where it has the chance to target not just the Filipinos but the mainstream markets.

The numbers prove that Cenutry is gaining traction with international sales growing 30 percent year on year in 2015, a result of about three years of sustained marketing and distribution efforts.

With its singular message of being the go-to food for those who want to be healthy and sexy, it is confident that even more countries will open up to products bearing the Century brand.