A better life with a healthy planet

CLIMATE change was considered one of the world’s biggest challenges at the recent World Cities Summit in Singapore.

The global population is growing—from more than seven billion today, to an estimated 10 billion by the end of the century.

And as the number of people swells, we expect the growth of cities to accelerate. More than half of the human beings on the planet already live in cities.

By 2050, the proportion is on track to be around three-quarters, with half of this growth in Asia alone.

Today, cities consume two-thirds of world energy. By 2040, we can expect cities to be using almost 80 percent.

Demand for energy to power people’s lives is rising, and rising fast.

Even with heroic efficiency efforts, the amount of energy the world is consuming by the end of the century is likely to double compared to today.

Yet how do we halt the accumulation of greenhouse gases like carbon dioxide in the atmosphere?

The Shell Scenarios team models possible futures and has just published its latest supplement, A Better Life with a Healthy Planet: Pathways to Net Zero Emissions.

In it, we can see a possible path—challenging though it may be—to a world where emissions of carbon dioxide are at net zero levels.

That means the emissions that remain are offset, or captured and stored below ground.

This is not just a target for Shell; it is something the world must achieve.

Cities, and how we plan them, will be central to achieving this. They have a huge opportunity to become more energy efficient—through building standards; by using waste heat from power generation to warm homes; by encouraging high-density living to reduce travel and encourage smaller electric or hydrogen-powered cars; by building high-capacity public transport systems.

The evolving energy mix will be vital, too. Natural gas, for example, produces half the carbon dioxide and one-tenth of the air pollution of coal when burnt for power.

Gas power stations also partner well with renewables, providing reliable electricity when there is no sun or wind.

But adding carbon capture and storage (CCS) technology to power stations and industrial complexes will be critical to reduce emissions enough to reach net zero.

Renewables will, of course, continue to grow rapidly as part of the mix, but mainly produce electricity. Today, electricity accounts for less than one-fifth of the total energy used in the world. 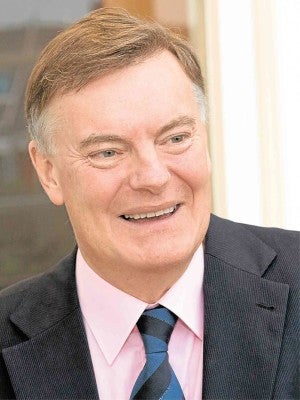 For renewables to have a major impact, our scenario shows the share of electricity in the energy mix will need to grow to at least half.

This means people must meet the costs of electric or hydrogen-electric cars, for example. Households and businesses not supplied with waste heat must be warmed with electricity. Food processing and light manufacturing must also go electric.

Yet even with all this change, greenhouse gas emissions will continue to enter the atmosphere for the foreseeable future. The production of chemicals used in so many of the things we take for granted will continue to rely on oil and gas.

Where very high temperatures or dense energy storage are required—such as in the manufacture of iron, steel and cement, or in heavy freight and air transport—we will almost certainly see the continued use of hydrocarbon fuels.

There will also be regions that switch to low-carbon energy at different speeds, for political, economic or demographic reasons.

Continuing emissions will have to be offset. We can plant forests and use agricultural practices that raise the carbon content of the soil, such as ploughing biomass into fields.

Whether in cities or beyond, none of this will be easy. But all of it is possible, if the world starts work right now. TVJ

(The author is vice president for global business environment at Shell and head of the Shell Scenarios team.)