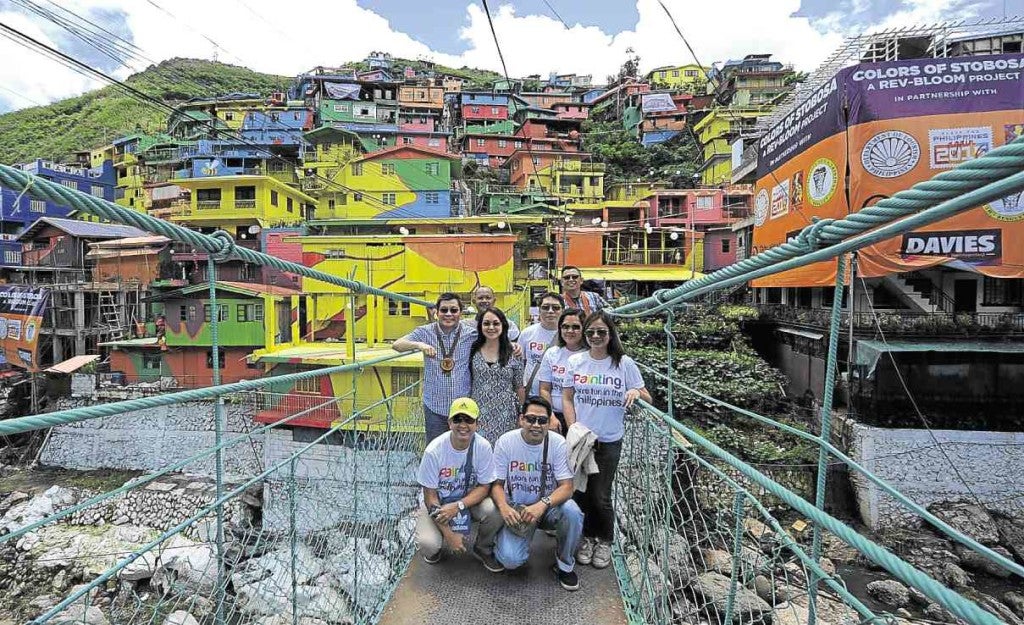 WONDERFUL WORLD OF OZ. Residents of the Stonehill community in La Trinidad, Benguet, cooperated with Baguio artists to paint a giant mural using their homes as canvas. The project was sponsored by paint giant Davies Philippines, which donated over 2,000 gallons of paint to execute the project.

LA TRINIDAD, Benguet—While people were admiring the giant mural spanning 1.8 hectares recently unveiled at the Stonehill community here, entrepreneur Johnlee Garcia was observing the houses on the other side of the street.

“Wouldn’t it be nice if the adjacent homes would be as colorful?” said Garcia, president of Davies Philippines, which supplied 2,800 gallons of paint used in turning 150 houses into a giant canvas.

Artists of Tam-awan Art Village in Baguio City and residents living on a hill along Balili River cooperated to produce the mural, which was pitched initially as a tourism beautification project.

Low-income settlements in Barangay Stonehill are the first structures visitors see as they commute or drive to La Trinidad, the capital of Benguet, which explains the desire for “beautification” through the mural project.

“We immediately accepted to be part of this project because … compared with other projects, this is the biggest and the first of its kind,” Garcia said.

Davies, which started developing its paint brand in 1982, has been engaged in its “We share, We care” community project for the last four years. It has also been painting for free “the poorest of the poor schools, orphanages and churches,” Garcia said. 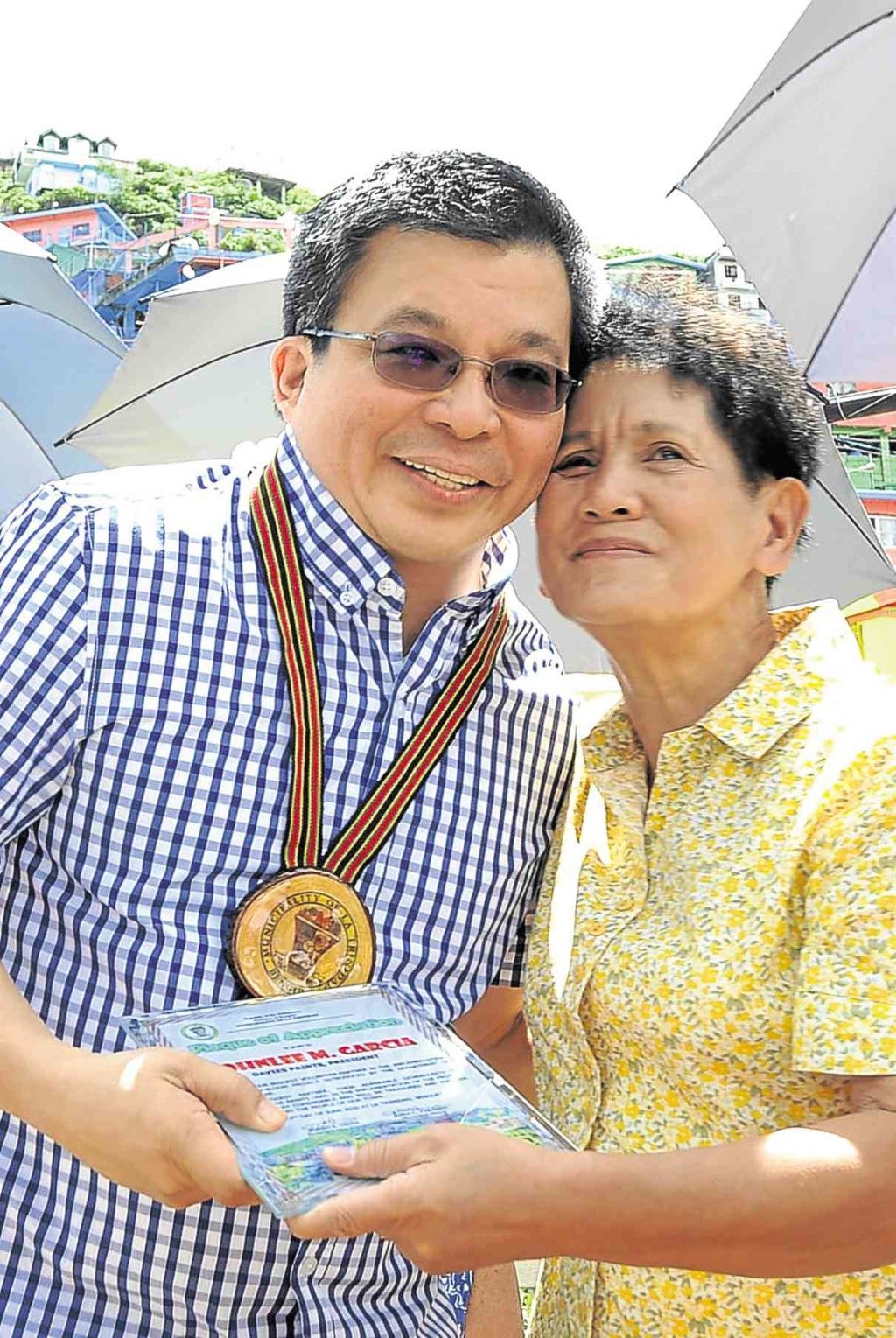 The art project, which residents call their “Stobosa (the acronym stands for the sub-villages of Stonehill, Botiwtiw and Sadjap) art,” has opened up new approaches for Davies to help communities, he said.

After this project, Davies is considering painting the roofs of settlements at the rice terraces in Ifugao, he said.

“We hope to replicate the Stobosa project,” he said, pointing to the houses on the other side of the road, and quickly asked La Trinidad officials to set a second giant mural initiative in motion.

Davies, which has 270 regular employees and 150 contractual employees, is a house paint specialist and the art project is attuned to its objectives, Garcia said.

Davies’ first plant was established in Pasig City. It has since expanded to Cebu, Bacolod, Cagayan de Oro, Davao and Zamboanga cities.

It has also established offices in China, Papua New Guinea, Palau, Indonesia, Vietnam and Cambodia, making the company among the Philippines’ top exporters of paint products.