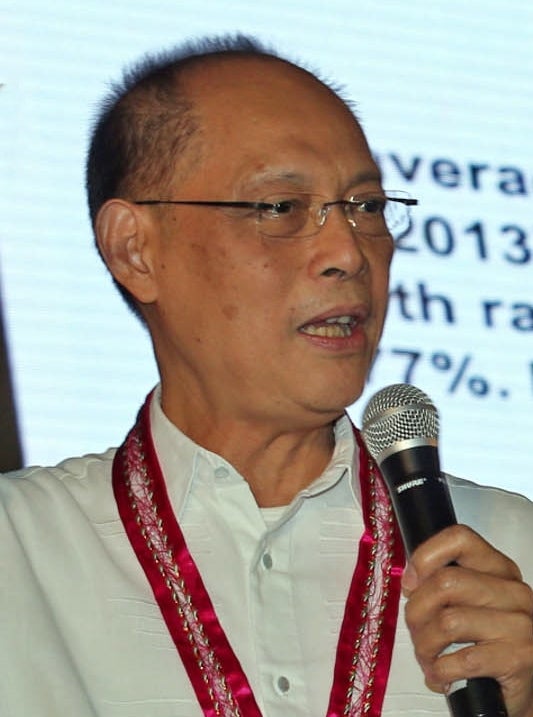 The Duterte administration has set conservative macroeconomic targets for the near term while the new government adjusts, even as economic managers said Tuesday that they want a significant reduction in poverty after six years.

Diokno attributed their lower target for this year to the following: tapering effect of election spending, slow agricultural output due to El Niño, weak infrastructure due to seasonality and weak external trade.

Socioeconomic Planning Secretary Ernesto M. Pernia noted that the 2016 target was made conservative given that the new administration has just come in.

But Pernia told reporters that economic growth in the second quarter likely hit at least 7 percent due to election spending boost.

The Philippine economy grew by a better-than-expected 6.9 percent in the first quarter.

For the remainder of the Duterte administration, the DBCC set a target of 7 percent to 8 percent growth each year until 2022.

In a statement, the DBCC said the Duterte economic team “remains optimistic of the growth potential of the domestic economy despite global weak forecast and recent market developments in the US, the EU and the Asean region.”

At the end of the Duterte administration, Finance Secretary Carlos G. Dominguez III said the poverty rate will have to be reduced to about 16 percent of the population from about 25 percent at present.

The poverty reduction scheme will entail bringing down the number of poor Filipinos by 1.25-1.5 percentage points per year, Dominguez noted.

As for the fiscal targets, Dominguez said they reduced the 2016 revenue goal to P2.573 trillion from P2.697 trillion previously, citing below target collections thus far.

For 2017, revenue targets were also slashed to P2.975 trillion from P3.04 trillion previously, before revenues exceed the P3-trillion mark to reach P3.3 trillion in 2018.

“The collections of the bureaus of Internal Revenue [BIR] and Customs had been weak due to low global oil prices and slower imports. [Former BIR commissioner] Kim Henares had collected below target,” Diokno said in an interview.

The latest data from the country’s biggest tax collection agency showed that as end-May, the BIR’s tax take amounted to P660 billion, up by over a tenth year-on-year but a fifth below the P833.9-billion target for the five-month period.

Economic managers said they were “committed to increase government revenue collections through proposed legislative measures which the Duterte administration is expected to pass within the first year to support higher spending.”

Dominguez reiterated their plan to pitch a comprehensive tax reform proposal to Congress by September, which he said would likely include an adjustment of income tax rates, higher excise taxes on fuel products, as well as review of the value-added tax (VAT) exemptions to broaden the base.

However, the Duterte administration kept the expenditures target for this year to about P3 trillion, Dominguez said, as Diokno cited the need to sustain spending on public goods and services.

“There’s no point cutting on spending. We have to make up for the past neglect in infrastructure,” Diokno said.

Hence, the budget deficit this year would be a wider 2.5 percent of the GDP by year-end, Diokno said.

“Deficit spending will be raised to 3 percent of GDP for the medium-term from 2017 to 2022 to support higher infrastructure expenditures,” the economic managers said.

“Furthermore, the DBCC principals also committed to increase the infrastructure program in 2017” they added, specifically to 5.2 percent of GDP, according to Diokno.

“The infrastructure program also includes subsidy and equity to government-owned and -controlled corporations (GOCCs) and transfers to local government units (LGUs) for [their] development projects,” the economic managers explained.

The DBCC nonetheless further cut its growth forecasts for merchandise exports and imports to 3 percent (from 5 percent previously) and 7 percent (10 percent perviously), respectively.

Also, Diokno said they will submit the proposed 2017 national budget of a record P3.3 trillion to Congress on Aug. 15.

The DBCC during the meeting also kept the inflation target range of 2 percent to 4 percent for the period 2016 to 2022, while the foreign exchange rate was projected at P45 to 48:$1 for the medium term.

“The country’s firm macroeconomic fundamentals and strong external position could support the broad stability of the peso over the medium term,” the DBCC said.

Diokno: 2016 budget deficit likely over 2% of GDP on slower revenues

Diokno back at DBM: Old spending habits must go