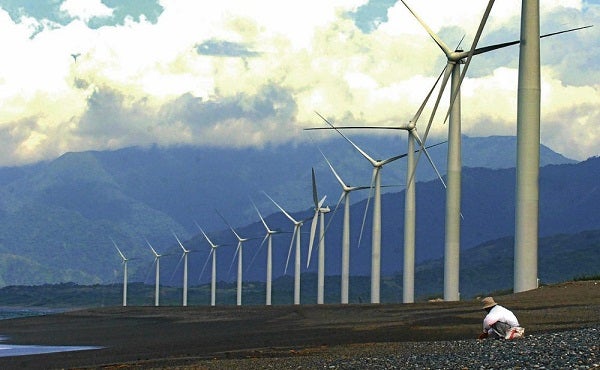 The Philippines has “nothing to lose but all to gain” if it would shift investors away from coal to renewable energy (RE) sources, particularly solar, wind and geothermal energy, an official of the Climate Change Commission (CCC) has said.

“It is RE, not coal, which constitutes the biggest investment opportunity ever for the Philippines,” Secretary Emmanuel de Guzman, vice chair of CCC, said in a statement Sunday.

De Guzman said that given the range and potential magnitude of negative externalities associated with fossil fuel, scaling up RE is the best and only alternative for the country to meet its energy demands and proposed contribution to international efforts to limit global warming to 1.5 degrees Celsius.

According to the Department of Energy (DOE), there are at present 20 coal-fired power plants operating across the country and 12 more are in the pipeline, which are expected to be operational by 2016 to 2020. These plants, he said, are expected to produce 4,592 megawatts, or about 42 percent of the country’s demand.

In contrast, he said, the country’s abundant natural supply of energy sources offers a huge potential to meet the power requirements in the country.

De Guzman said RE has the technological potential to contribute more than 40 percent of the country’s installed power capacity by 2020 from geothermal (8.7 percent), hydro (15.7 percent), wind and solar (14.8 percent), and biomass (3.8 percent), based on the updated National Renewable Energy Program.

“Investing in RE is practically the same as investing for a less carbon-intensive future,” said the CCC official. “It is high time for the government to account for the balance of payment benefits when we decide to wean off coal and rely more on renewables.”

“Opportunities await the bold. We can also do no less than shield our struggling people from further harm,” he further said.

Among the externalities that arise from the burning of coal for power generation, he said, are reduction in life expectancy, respiratory hospital admissions, congestive heart failure, and ecosystem loss and degradation.

He also pointed out that based on the International Renewable Energy Agency (IRENA), an international organization that supports nations in their transition to a sustainable energy future, the external effects of energy supply and use related to climate change and air pollution hover around US$2.2 trillion to US$5.9 trillion a year. In comparison, he said, the cost of global energy supply was about US$ 5 trillion a year.

De Guzman said this only shows that the negative externalities of coal-fired electricity generation were even higher than the actual price of electricity itself.

“Coal companies have a responsibility to internalize accounting of negative externalities. Government actually must make sure coal companies internalize externality costs, because these are implicit subsidies our people cannot afford and should not pay for,” he said.

Besides health costs, De Guzman said air pollution directly impacts on the productivity of the labor force in terms of total man-hours with time lost at home, health facilities or attending for the care of others.

“We should actually bring in the Department of Health and the Department of Labor and Employment and ask each to assess the country’s share of the four million coal and diesel deaths that the WHO has estimated each year in Asia, plus the labor productivity losses of keeping to 1.5C,” De Guzman said.

President Benigno Aquino III recently signed a CCC resolution allowing the commission to conduct a comprehensive review of the government’s energy policy to pave the way for a swift transition to renewable and sustainable energy./rga