ABS-CBN in a bind over franchise renewal | Inquirer Business

ABS-CBN in a bind over franchise renewal 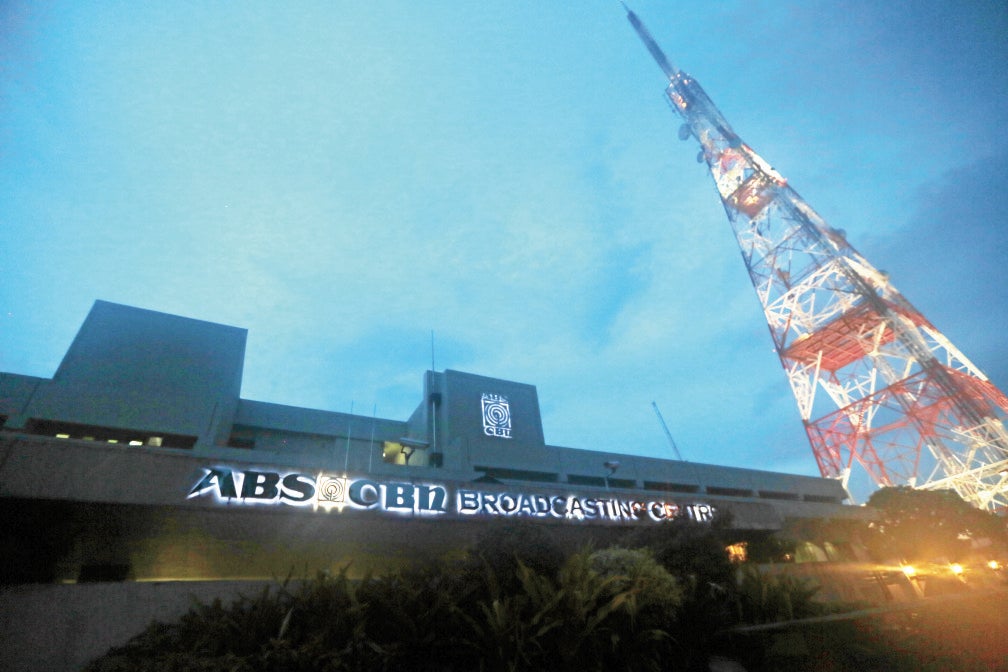 ABS-CBN Broadcasting Corp. is in a bind after failing to have its legislative franchise approved before the 16th Congress closed shop on June 6.

The Philippines’ largest radio-TV network is now looking down a more difficult road to getting a new, 25-year congressional franchise from the 17th Congress, especially in the face of its spat with President-elect Rodrigo Duterte.

Duterte and his supporters are unhappy about ABS-CBN’s attacks against him during the campaign season.

Two bills were introduced in the 16th Congress for the renewal of ABS-CBN’s franchise granted in March 1995: one by Isabela Rep. Giorgidi Aggabao, filed in September 2014, and another by Baguio Rep. Nicasio M. Aliping Jr., filed in December of the same year.

The bills would renew ABS-CBN’s right to operate TV and radio broadcasting stations in the Philippines through microwave, satellite or whatever means, including the use of new technologies in television and radio systems.

The Inquirer contacted several ABS-CBN executives for comment, but the Lopez-owned broadcast network declined to comment for now.

A member of the House legislative franchise committee, who declined to be named for lack of authority to speak for the panel, said ABS-CBN had sought the renewal six years before the expiration of its franchise because it didn’t want to risk having to go through the process under an unfriendly administration.

The committee chair, Marikina Rep. Marcelino Teodoro, did not reply to the Inquirer’s calls or text messages seeking comment.

The House member said ABS-CBN’s application for renewal of franchise faced strong opposition from cable operators, who had demanded a public hearing.

The source said Mr. Aquino’s allies felt the criticisms against the President were too personal and offensive and went to the point of nitpicking.

Without the franchise committee’s approval, ABS-CBN’s application for renewal could not be tackled in the plenary.

In contrast, another broadcasting company had smooth sailing when it applied for the renewal of its franchise. Aliw Broadcasting Corp., a radio station owned by the late businessman Antonio L. Cabangon Chua, got a 25-year extension in 2015, or two years before the expiration of its franchise.

The House member said ABS-CBN was likely to have a tougher time getting an extension, especially with Duterte not hiding his displeasure at ABS-CBN’s airing a negative TV campaign ad against him that was paid for by Sen. Antonio Trillanes IV.

The ad used children as talking heads in reacting negatively to video clips of Duterte cursing Pope Francis and his joke about the gang rape and murder of an Australian missionary during a prison riot in Davao City in 1989.

READ: ABS-CBN on ‘anti-Duterte’ TVC: We are duty-bound to air legitimate ad

The video on YouTube that went viral showed Duterte saying how beautiful the missionary was and then joking that he should have been the first to rape her.

“They went ahead of the mayor. Kill them all,” Duterte recalled saying during the prison riot.

The Australian missionary was later killed by the prisoners.

Duterte also drew the ire of the Catholic Church after he called the Pope a “son of a bitch,” blaming the Pontiff for the traffic jams in Manila during his visit to the Philippines in January last year.

The firestorm generated by his profanity-laced speeches prompted Duterte to tone down his rhetoric.

READ: From pope to penis, Duterte shocks with trash talk

In his first TV appearance after winning the May 9 presidential election, Duterte promised that he would no longer talk trash.

“I need to control my mouth. I cannot always be rude because I will be representing our country,” Duterte said.

“If you are the President of the country, you need to be prim and proper, almost holy,” he added.

Duterte won the election by a landslide and he is expected to have a supermajority in both the House and the Senate in the 17th Congress. With a report from Niña Calleja/TVJ