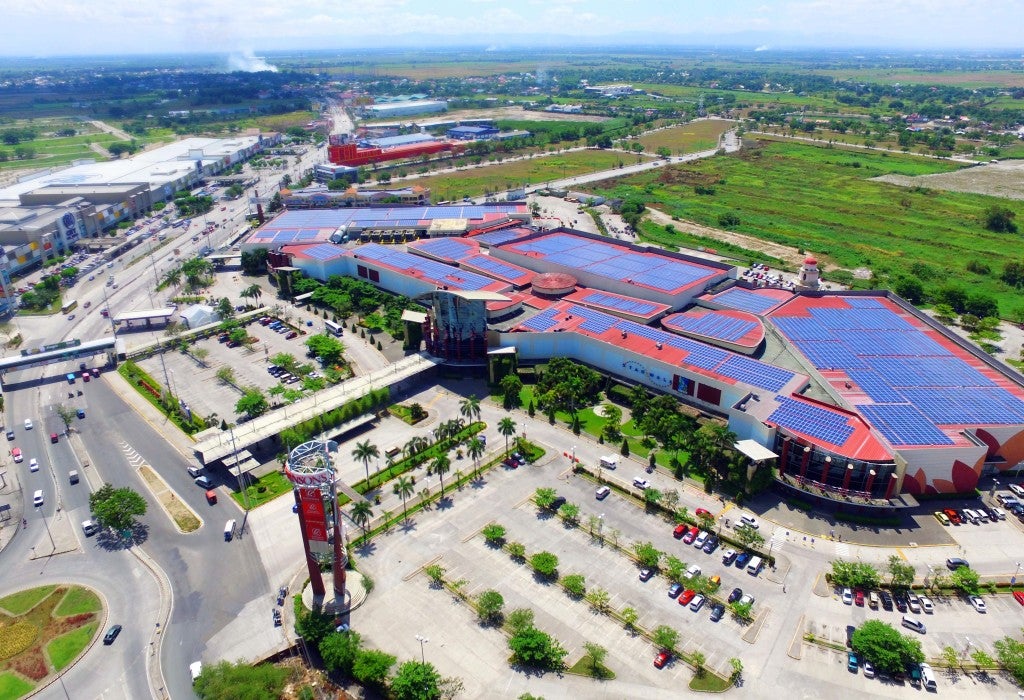 Robinsons Starmills now holds the record of having the largest solar power plant for own use on its roofdeck.

THE WORLD’S largest solar power plant installed on the rooftop of a shopping mall has been switched on by Gokongwei-led property developer Robinsons Land Corp. in its sprawling shopping hub in San Fernando, Pampanga.

The 2.88-megawatt solar plant atop Robinsons Starmills was inaugurated on Monday, breaking existing records on such a renewable energy generator installed for a shopping mall’s own consumption. The facility is seen to cut carbon dioxide emission by 2.25 million kilograms – comparable to the planting of 100,000 trees or removing 5.5 million miles worth of vehicular carbon emissions.

“As a responsible corporate citizen, Robinsons Land is continuously looking for ways to adopt sustainable practices and minimize its carbon footprint by steadily shifting to the use of renewable energy,” he said.

Robinsons Starmills thus set a new global milestone for having the biggest solar plant on its rooftop, beating SM City North which earlier held the record with its 1.5-MW installation which was inaugurated in 2014.

This mall is a popular destination in San Fernando because of its outlet concept which brings popular brands under one roof for shoppers looking for great deals. It is also popular for tourists because its Fiesta Kapampangan food court allows visitors to sample the best culinary specialties of the province.

The mall also houses an inter-regional bus terminal, making it a meeting point for various destinations in NCR, Central and Northern Luzon especially during two of the province’s well known festivals, Sinukwan and Giant Lantern Festival, which attract both local and foreign visitors.

Go said RLC’s thrust to install solar power facilities in all of its malls “demonstrates the company’s commitment to help protect the environment from the adverse effects of carbon emissions.”

Solar energy is not only sustainable, but is renewable as well. In addition, continual advancements in solar panel technology are increasing the efficiency and lowering the cost of production, making solar plants even more cost effective.

“Solar power facilities also require minimal maintenance, do not generate any noise, and produce no emission as they consistently produce energy for at least 25 years,” said Go adding that solar panels also shield the mall from the heat of the sun, making it cooler and lowering its energy consumption.

RLC contracted Solenergy Systems Inc. to install a total of 10,880 solar panels on the roof deck of the mall.

Go said the Robinsons Starmills solar power facility – one of two RLC solar facilities in the province of Pampanga (the other facility is in Robinsons Angeles) -would jive with and contribute directly to the sustainability efforts of the environment conscious-provincial government.

“This is our way of giving back to the community and contributing to local government’s similar thrust of helping the environment,” said Go noting that the provincial government has been developing bicycle lanes and encouraging residents to drink tap water instead of buying water in disposable plastic bottles.

Aside from the recently-completed facilities in Robinsons Starmills and Angeles, RLC will operate new solar power plants on its malls in Tacloban and Bacolod. Once completed, RLC will have 10 malls with solar facilities with a total capacity of 12.5 MW resulting to an annual yield of 14.6 million kilowatt-hours.

“All our future malls will also be designed to ensure that the shape and layout of the roofs will allow the most efficient installation of solar panels to make the most of the power provided by the sun so that we will be using even less electricity from the grid,” said Go. 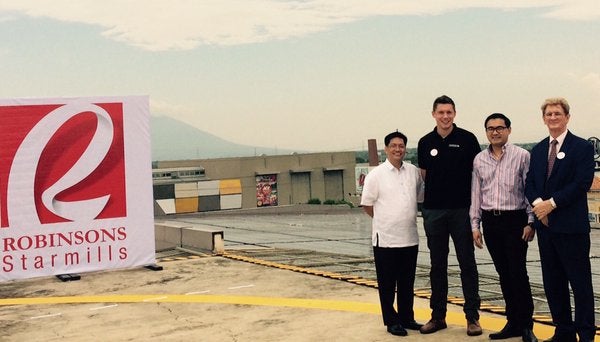