Bringing the grandeur of Versailles to Alabang 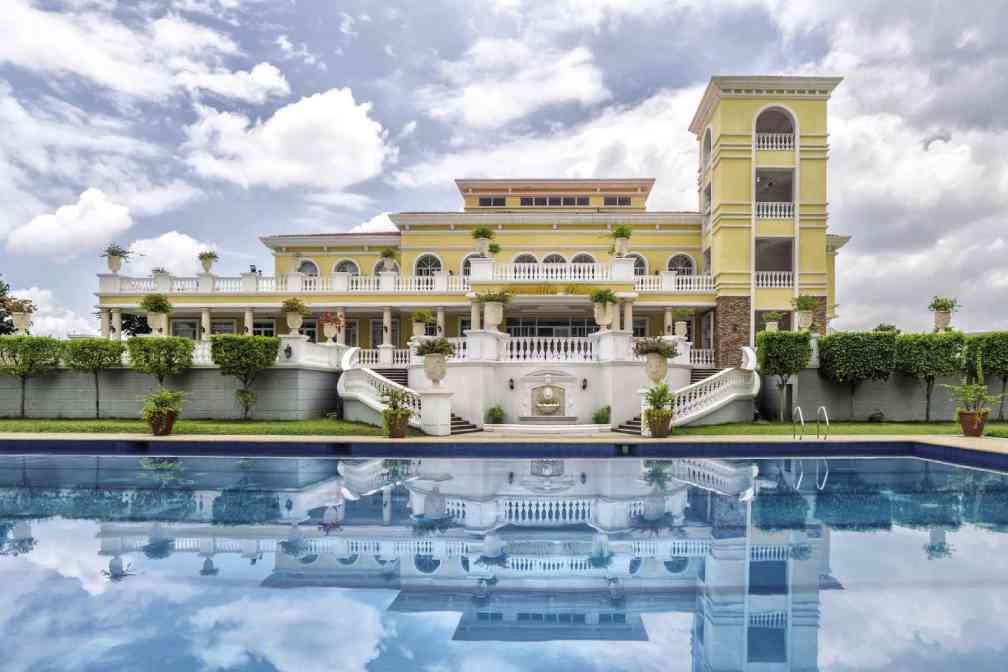 THE 1.2-HECTARE complex of the Versailles Palace clubhouse has a multileveled veranda that gives one several vantage points to enjoy the swimming pools with interconnecting waterways and cascading waterfalls, gazebo, cabanas and pocket gardens.

The first time he visited the Palace and Park of Versailles in France five years ago, State Properties Corp. president Allen Roxas envisioned to bring the magnificence of this 815 hectare World Heritage site to a 75-hectare property he acquired in Muntinlupa City 33 years ago.

While there in Versailles, Roxas related he saw a lot of similarities. “The place was not built in just a few days as it took about half a century to transform this modest hunting lodge in the middle of a marshy land southwest of Paris into an epitome of regal grandeur. Interestingly, when I acquired the future Versailles in Alabang in the early ’80s, there was nothing much in the area but tall grasses and thorny shrubs.”

One of the country’s most successful businessmen during the last 40 years, he started out as a working student until he became chair of an investment house, State Investment Trust  Inc. Aside from president of State Properties Corp., he is also managing director of mining firm Consolidated Mines Inc., and honorary chair of Chiang Kai Shek College.

Put to good use

Regarded as an elder statesman of the banking world, Roxas is executive senior adviser of the Federation of Filipino-Chinese Chambers of Commerce and Industry as well as president of Downtown Bankers Association. He still had to put to good use his skills and experience as well as get help from other experts in order to realize his dream of having high-end community.

“I wanted something that would pay tribute to the most spectacular symbol of the French monarchial power, if not a monument to the artistry of humanity,” Roxas said as he partnered with the world-renowned architectural design and planning firm Palafox Associates, which masterplanned Versailles, designed not just the house models but the interiors as well; Rolando Mercado Design Associates who did the house design; and Jurong Singapore who served as design consultant.

Today, Versailles in Alabang is fast transforming into an exclusive residential haven worthy of its namesake in France. From Daang Hari Road, one could already see the property’s sprawling 3,000-square-meter grand entrance way that features imposing Roman pillars and dancing fountain, reminiscent of the ones in France. 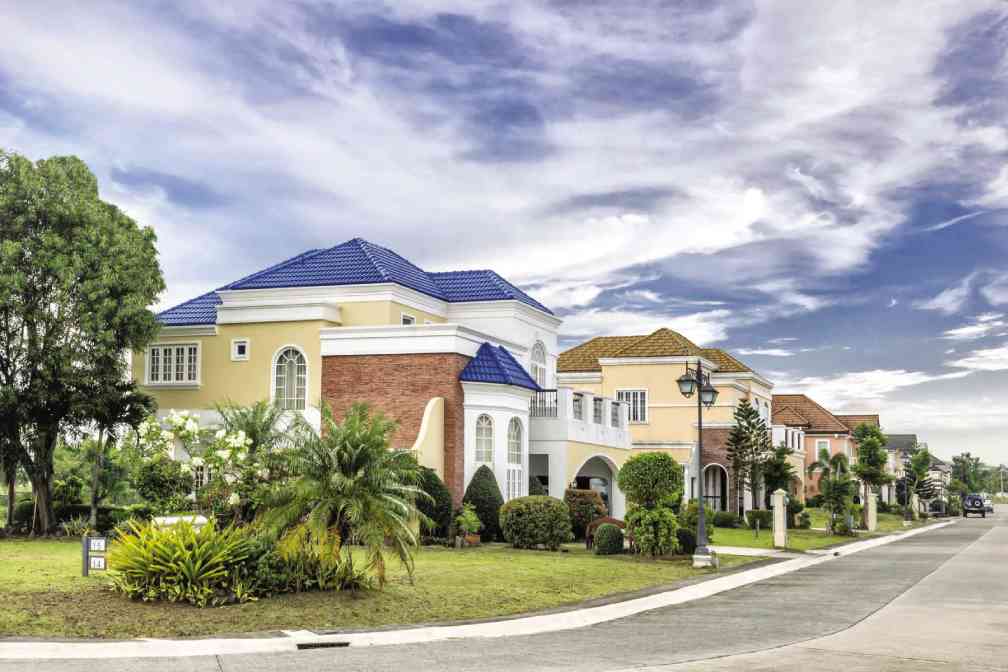 VERSAILLES offers 11 model homes that match the grandeur that the property evokes.

Inside, it boasts a 1.2-hectare complex bannered by the Versailles Palace clubhouse, a cavernous central gallery that would remind one of the Hall of Mirrors. This clubhouse has a multileveled veranda that gives one several vantage points to enjoy the swimming pools with interconnecting waterways and cascading waterfalls, gazebo, cabanas and pocket gardens.

“The complex is so picturesque that it was twice chosen as the venue of the Miss Earth International coronation night in 2012 and 2013,” Roxas shared.

Even the houses that will be built, as evidenced by the 11 model homes already completed at the site, are meant to match the grandeur that the property evokes. Roxas said: “Our luxury high-end homes have a distinctive timeless look many homeowners will love, Roxas said. Since Versailles is very special to me, I tapped the best talents,” he added. 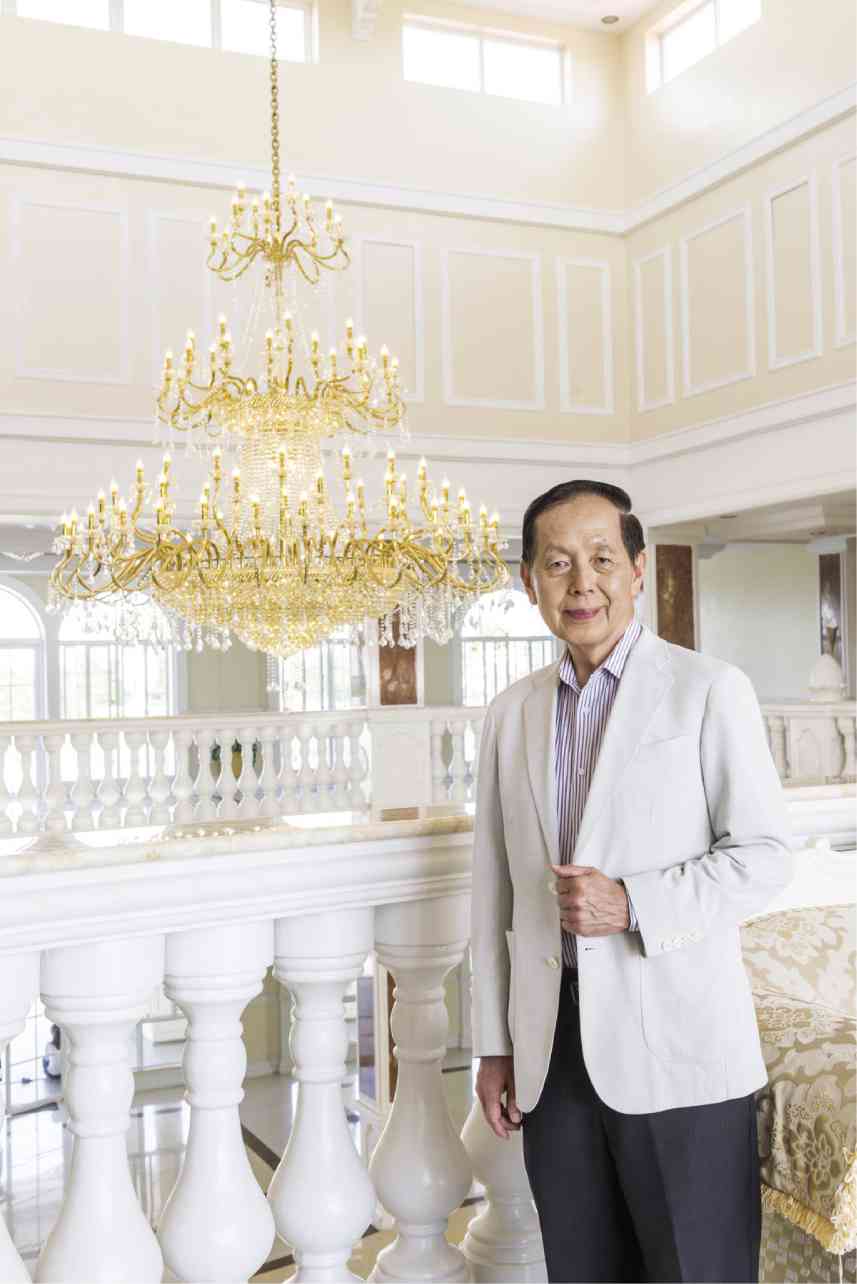 ROXAS inside the Versailles Palace clubhouse

“Years ago, I noticed that the real estate market was becoming strong again and would be perfect for one to make an investment in luxury home,” Roxas said.

He noted that the country’s population is expanding by 2 percent annually and with improving family income, more will be looking for homes in prime locations.

“For me, the Alabang area offers one of the most affordable premium properties across different locations. Aside from being one of the most progressive areas in the country, Alabang enjoyed a tremendous growth boom with premier residential, business and industrial establishments locating here. It’s flood-free, the air is fresh and best of all it is just a few minutes drive from the best commercial districts,” he concluded.