Stock market investors will see renewed challenges in the second quarter of 2016 despite the election-related boost, given the still uncertain picture developing overseas.

The benchmark Philippine Stock Exchange Index (PSEi), which gained about 4 percent in the first quarter to end at 7,262, may likewise see some correction, especially in the early part of this period.

“The start of the year proved to be very difficult as the market declined to almost touch the psychological 6,000 level on the back of declining oil prices, lackluster economic data indicating slowdown in key countries as well as the US Fed’s stance to tighten policy rates,” PNB Securities president Manuel Lisbona said in an e-mail.

For the second quarter, the PSEi may test anew the 7,000 to 6,900 level given that the market is still trading at about 20 times its price to earnings ratio, he said.

Manny Cruz, equities strategist at Asiasec Equities Inc., also pegged the projected support level at 6,800 to 7,000 with a “target upside” of 7,650. That forecast assumes that first quarter 2016 corporate earnings and the country’s economic growth would beat expectations and the May elections will remain untainted.

“We expect the local market to hit bottom by late April before resuming its rally,” Cruz said.

He noted that a possible United Federal Reserve interest rate hike by June this year “may serve as a catalyst to cash in from the rally.”

Jose Mari Lacson, BPI Securities deputy head of research, nevertheless noted that the “liquidity driven” environment enabled by the powerful US Federal Reserve was also a reason for investors to be cautious.

“That’s mostly due to the Federal Reserve supporting Chinese monetary policy. So there is no fundamental change,” Lacson said.

“That is working wonders for the market right now—the point here is its policy driven so it can always change,” he added.

He clarified that investors needed to be cautious, not bearish, and they should align their strategies to sectors that could benefit most from election spending.

Jolyin Telagen, head of research at I.B. Gimenez Securities Inc., agreed that the market would be driven by external factors. But she noted that investors would also be looking closely at corporate earnings and the credibility of the results of the upcoming presidential elections.

“If there is ‘contested result,’ investors will step out of the market until they resolve,” she said in an e-mail. She said the PSEi could hit 7,600 if corporate earnings would exceed expectations. If these disappoint, there is a risk the index could head lower to 5,800.

With these factors in mind, Inquirer Business polled our analysts for their best stock bets to serve as a guide for investors. Their picks represent a snapshot of the companies that could deliver good returns over the standard 12-month period. 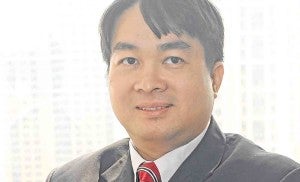 “Robinsons Retail’s department stores, specialty stores, even convenience stores, are going to benefit from this election (cycle). SM Retail will benefit as well but it’s only one fourth of the business of (SM Investments Corp.). Robinsons is a more direct play.

“We see demand in consumer durables like appliances—TVs, air-cons and refrigerators. They’re the ones that tend to be in demand during an election.

“Robinsons Retail also has a lot of cash, so it has the ability to do a lot of things because of its cash position.”

“We love this stock—it’s small but terrible. It packs a big punch. They’re relatively smaller but they have a lot of room for expansion.

“It’s the same theme in retail but you’re looking at Visayas. We think the election battleground will be in Visayas and Mindanao.

“Western Visayas and Central Visayas are even faster growing than Metro Manila—and that’s their main market. They’re going to benefit from that. Their same store sales are even higher than Robinsons Retail.”

“For D&L, it’s more of the eat out (restaurant business) and we feel very strongly about this.

“More restaurant brands are coming in and D&L should benefit from that increase in demand. What I also like about this company is they have sufficient pricing power.

“D&L is more of a value play. Margins have expanded too. It’s a quality company.” 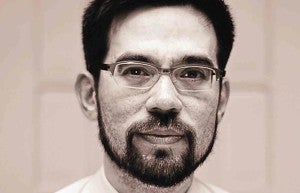 “Expanding FLI’s leasable area provides a larger potential revenue base assuming the company is able to rent out the entire area.”

“All its three licenses contain provisions for mobile/interactive applications and are valid until 2033. Note also that under present government procurement laws, no other company may obtain similar long-lived licenses.

“Won a case against PCSO wherein the Supreme Court granted the     DFNN’s petition and ordered the correction of the Arbitral Award to P310,095,149.70 plus 6 percent interest from date of finality of the decision.

“Disclosed (in February 2016) that Nakula Management Ltd., holds about 5 percent of the company. Nakula’s ultimate beneficial owner is Oleg Boyko, founder of Finstar Financial Group, a private equity firm with $2 billion in assets under management.

“There is no annual report yet as of this writing, it may prove to be just a matter of time before DFNN reaches critical mass to reverse its losses.”

Target price: No target, has a price-to-book value of 5.34 times. 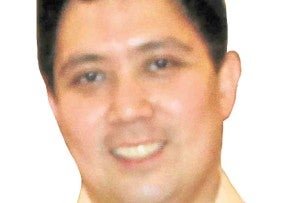 “Ayala Land is one of the most aggressive in its recurring expansion program among property developers.

“Apart from this ALI is on track to attain P40 billion in profits by 2020 or a 20 percent CAGR (compound annual growth rate).

“Loan growth in 2015 remains solid at 17 percent year-on-year,  much better than peers that only posted an average growth of 11 percent.

“We are bullish on RRHI on the back of its strong same-store sales growth and the maturity of its store expansion.

“2016 promises to be a strong year for RRHI after posting an above consensus earnings growth during the fourth quarter of 2015.” 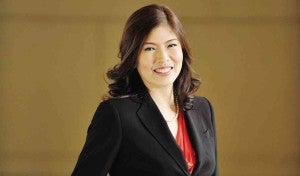 “One of the most diversified property companies in terms of sources of profits and locations with excellent track record of growth and execution.

“Profits projected to grow by 14 percent in 2016 based on our estimates. Huge unbooked revenues of P136 billion, equivalent to about two years worth of sales.

“Huge landbank in major real estate developments to support future growth. To triple leasing portfolio over the next seven years.”

“A defensive play as 90 percent of capacity is covered by LT supply contracts, providing stability.

“Recurring profits projected to grow by 31 percent in 2016 due to capacity expansion.

“A defensive company as most products are sold to manufacturers of non-discretionary consumer goods.

“Focused on specialized products which minimizes threat of competition and improves pricing power.

“It has minimal exposure to debt.

“Wait for prices to pull back to more attractive levels as the stock is currently already fairly valued.” 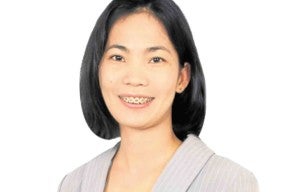 “A good long-term stock to hold as the technology giant is the next big thing in the Philippine stock market since its debut.

“MAXS will be the next big restaurant by market capitalization in the Philippine Stock market. The company vision is to have 1,000 stores including 200 overseas by 2020, that’s almost double of the 2015 store count of 588 with 35 overseas.

“For 2016, the company plans to roll out 60 to 70 stores including 15 to 20 international, which will continue to provide long-term growth.”

“The stock is very attractive from its current valuation with a compounded annual growth rate of four digits estimates since fourth quarter figure is not yet disclosed. At current level, the stock may possibly breach the P5 mark, if management expectations are realized.” 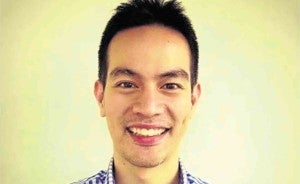 “Because of the infrastructure play, we like the balance of its portfolio. It has Meralco, Maynilad, the tollways and hospitals.

“There’s downside risks, the pending case of Maynilad, tollroad arbitration and probably the slower rollout of projects for PPPs (public private partnership projects). But we still like the business as a whole.”

“We like Toyota, we think it’s a driver of the company. There is also no slowdown in terms of the growth in auto sales.

“Metrobank is also fairly steady, if you peg it against BDO and BPI.

“The main driver is the price of oil, which has come down. We are expecting stronger profitability once more in 2016 since any cost savings on oil is huge savings for Cebu Pacific.

“It is also adding more routes. We also see some of their international and long-haul routes starting to become profitable.”

“They have a good track record in terms of townships, which is a solid segment.

“Demand for rental space in Metro Manila is seen to increase up to 800,000 square meters and Megaworld is going to have a chunk of that. The BPO sector will still be the main driver.”

“Its net interest income was P12.4 billion (in 2015). Coming into 2016, we think it will match or exceed that, especially with the announcement that 20 percent of SECB was bought at a premium by Bank of Tokyo-Mitsubishi UFJ.”

“It is still one of the leading retailers in the Visayas region. The company is in a lot of high growth areas.

“Against heavyweights SM Retail, Robinsons Retail and Puregold, it is pretty solid in terms of same store sales growth.

“It is expanding. The rise of the middle class in terms of consumer spending should serve to benefit the top line of MRSGI.

“Its stock price has dipped below IPO price—once investors realize its value, the price should go up.”