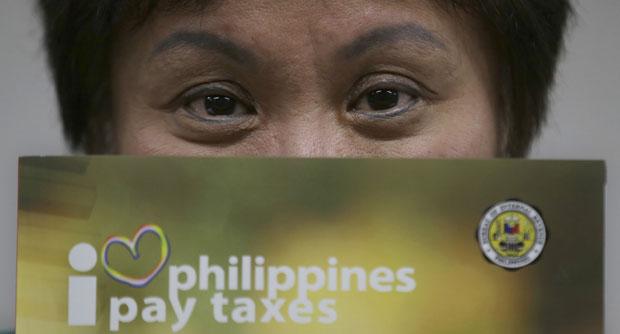 The feisty internal revenue commissioner, Kim Jacinto-Henares, is not affected by the pronouncements of some presidential aspirants that she was unlikely to keep her job if they win.

“Please don’t ask presidential candidates if they will retain me. I’m looking forward to retiring on June 30. I wish the next BIR (Bureau of Internal Revenue) commissioner the best of luck,” Henares told members of the Management Association of the Philippines (MAP) during the group’s general membership meeting yesterday.

In fact, Henares is already looking forward to life away from government service, during which she might study physical therapy or enroll in an online course.

Just two weeks ago, presidential candidate Grace Poe said she was unlikely to retain Henares as well as Transportation Secretary Jun Abaya and Agriculture Secretary Proceso Alcala in her Cabinet, if she wins.

Vice President Jejomar Binay has also been telling businessmen during his campaign that if he wins, Henares will be the first one to go.

Henares told reporters that she was not in any way affected or disheartened by such pronouncements.

“I don’t feel offended. I just feel like, ‘Who am I? Why are you always making me an issue?’” Henares said.

She said President Aquino, no less, had invited her to join the administration’s Senate slate, which she declined.

“There were invitations to run for the Senate, but I turned them down because I don’t want to be involved in all these election brouhaha. Despite that, I’m still being dragged into it,” she said.

“I’m just saying, I’m just minding my own business, why are you involving me in your issues. I’m just doing my job,” Henares added.

In her first government job as a governor at the Board of Investments, Henares had for her boss administration standard-bearer Mar Roxas, who was trade secretary at the time. She supported Roxas when he made plans to run for President in 2010.

Asked what she will do if the next president asks her to stay put at the BIR, Henares replied: “Let’s cross the bridge when we get there. I have no answer for you. Remember, I never say never. But the default mode is on June 30, we step down, and I’m looking forward to resting.”