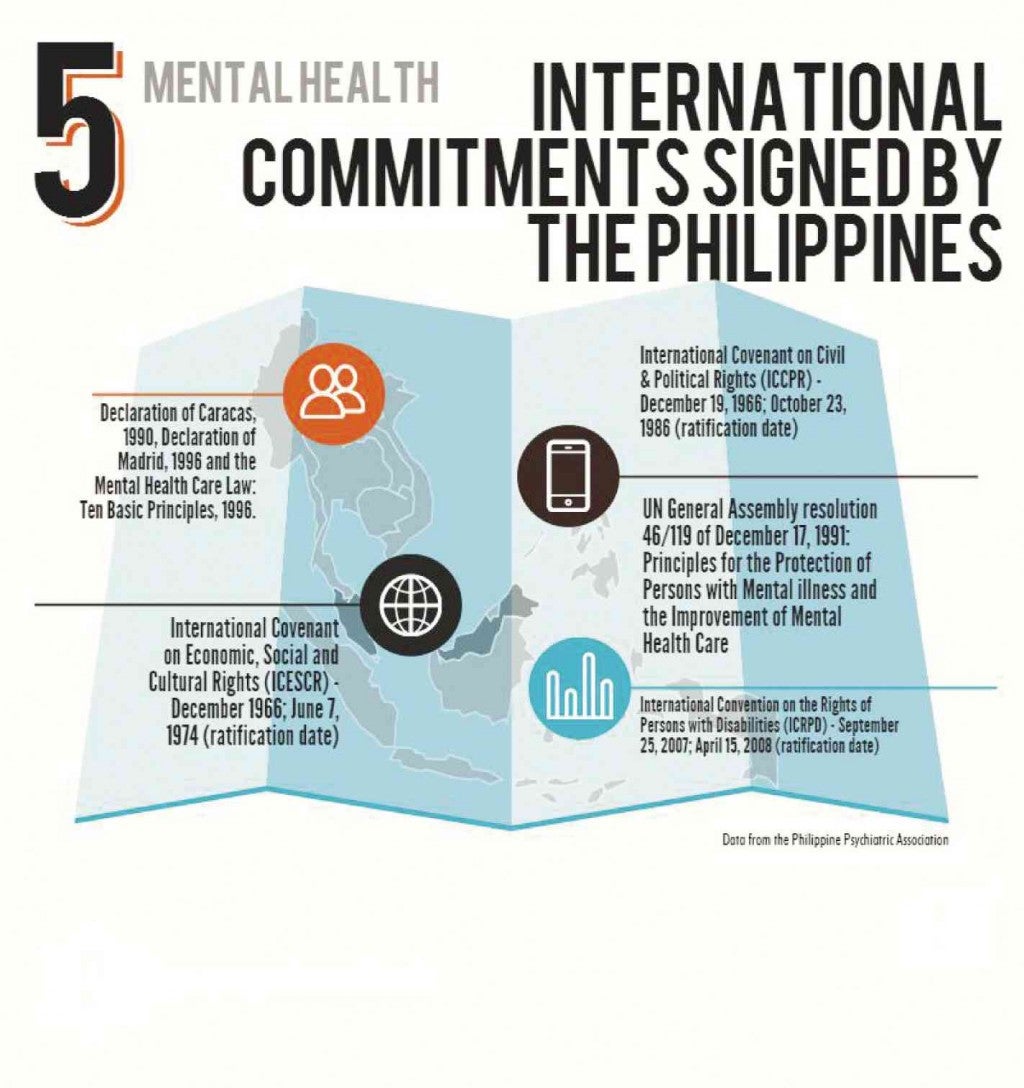 Have you watched “A Beautiful Mind?” asked Dave Salazar, 20. “It’s a biography of John Nash, a mathematical genius who suffers from schizophrenia.”

For Dave, education is crucial.

“Everyone should be educated on mental illness and its different types. There are actual consequences that affect people with mental illness when you make fun of them. This is a thing that exists, other countries accept this and treat this as any other illness.”

The stigma, said Dr. June Lopez, professor of psychiatry at University of the Philippines College of Medicine,  stems from inadequate mental health services.

“Imagine a psychotic, dirty and violent, roaming inside a community. It becomes an embarrassment, yes—but that is an untreated person. It becomes a stigma because a lot of people with mental health disorders remain untreated,” Lopez said. “Access to appropriate, adequate mental health services and education of the public is important… and right now we don’t have enough budget for that.”

Loopholes in handling mentally-ill patients both by families and professionals can also be traced from the lack of a mental health legislation.

“It is important to know the extent of the capacity of a mentally-ill person to understand his/her illness,“ Lopez said. “If you are psychotic and you’re not in touch with reality, how would you admit that you’re sick?” she asked.

This is where parents and health professionals should intervene, she said, to prevent patients from harming themselves and others. Voluntary treatment does not work in that case.

But lack of consent of patients for treatment also has its limitations.

“You cannot be placed inside a medical facility without your consent, and there should even be a legal procedure to place you there,” she said.

That’s when the need for a law comes in.

“It’s a difficult situation if we don’t have a law, because a law can provide that under emergency situations, parents can bring the patients, especially minors, to a psychiatrist and  can order that this patient can be confined against his/her will ’cause he/she has no capacity to decide for himself/herself. After a certain time, say one month of confinement, there should be a review either by hospital authorities, psychiatrist in charge or a lawyer to protect the patient from languishing all his/her life in the psychiatric ward,” she said.

Given the sorry state of mental health in the country, advocates are doing what they can to gain the attention patients deserve. On Oct. 29, 2014, about 500 participants flocked to the SMX Aura Convention Center for the 2nd Healthy Mind Summit and supported the passage of the draft mental health bill presented by Sen. Pia Cayetano.

An online campaign, MHActNow.org, kicked off last year that persuaded supporters to sign the petition urging legislators to pass the proposed mental health act at Change.org.

On Aug. 19, 2015, Sen. Pia Cayetano filed Senate Bill No. 2910 or the draft Mental Health Act of 2015. The original draft has undergone 22 versions in consultations with various stakeholders, patients and family groups.

The Philippine mental health bill recognizes the need to protect the rights and freedoms of persons with mental health needs and to reduce the burden brought by their condition.

In a country where discussion of crucial bills like the proposed Reproductive Health Law and rape bill has taken at least a decade, Lopez and her coadvocates know the road will not be easy.

“What will be in the bill is something that needs more consultation but we have included the stakeholders (in the crafting of the bill)… to discuss the best strategies so we can come up with a compromise and structure the bill in such a way that it could be within existing budgets,” said Lopez. “We need the DOH (Department of Health), the DSWD (Department of Social Welfare and Development) and the Commission on Human Rights to be behind us.”

The mental health bill that is now in Congress is rights-based—it aims to forward the rights of the patients and the obligations of the state.

According to Lopez, in a public health legislation the goal is to reduce the prevalence of a certain illness, nothing more. But a rights-based law comes from the right of everyone to access adequate and competent medical services.

“The rights-based approach invokes the right of the patient to access adequate healthcare and to be treated with respect and his/her rights to be protected in the process. You’re not only looking at that goal, but you’re also looking at how you would achieve the goal,” she said.

Dave believes that mentally-ill people’s rights are coupled with the responsibility to inform people about their limits.

He concluded: “Everyone is a complex and beautiful person and I do believe that even those who are mentally ill are complex and beautiful themselves. And they should learn to look at them in that light. (Being) different doesn’t mean you don’t fit on earth, and can’t function as a normal human being. You’re still a normal human being, you just have some scratches on you, some skinks, but that’s what makes you normal, unique.”