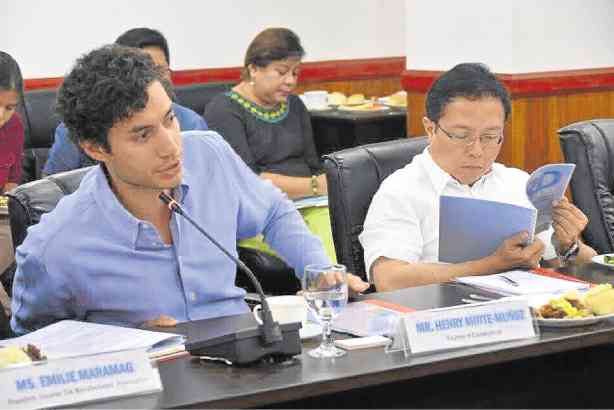 MOTTE-MUÑOZ joins a meeting of industry leaders for the crafting of the Human Development Roadmap 2022.

These pushed French-Filipino Henry Motte-Muñoz to establish website Edukasyon.ph, now the largest database of higher education in the country, and, with anticorruption nongovernment organization Bantay.ph, his ticket to the Forbes Magazine’s first 30 Under 30 Asia list.

Muñoz was cited for his work in social entrepreneurship.

He was driven to put up Edukasyon.ph after a talk back in 2012 with a cousin, who was about to graduate from high school.

“He wanted to study in UP, La Salle or Ateneo,” he said. “But 1.4 million graduate from high school yearly and 900,000 of them proceed to college. When I asked him about his plans, just in case he did not get admitted to those schools, he just gave me a blank stare.”

Muñoz then asked if there were university rankings and central application systems, mechanisms to help students better decide on their tertiary education.

The cousin replied with a laugh.

He was baffled, having resided in many developed cities. He was born in Paris and lived in London, Zurich, then Boston, where he got a Master’s in Business Administration from the Harvard Business School.

The graduate of the London School of Economics also spent some five of his growing up years in the Philippines, mostly in his mother’s province, Pampanga.

When he got older, he saw corruption in the country, so in 2012, he co-founded with Happy Ferarren Bantay.ph, which already received $150,000 in donations, per Forbes.

Muñoz was, in fact, home for Bantay.ph when the conversation with his cousin happened. It so bothered him that he asked around.

“I kept hearing horror story after horror story. The way they picked was just … so full of regrets,” he explained. “People ask their parents; parents ask other parents; they have big billboard ads, pop star-endorsers.”

Filipino families spend $6 billion yearly on those decisions, he noted. The criteria used for choosing, however, are so far removed from the ideal factors—quality of instruction, grades and interests, income and employment opportunities.

One month to go before leaving Harvard in 2013, Muñoz came up with a business plan for Edukasyon.ph, “a social enterprise, and a one-stop shop for higher education, either for college or technical-vocational.” 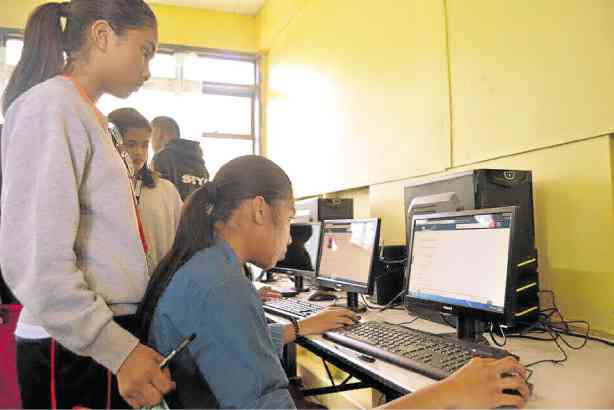 EDUKASYON.PH career clinics have been held outside Manila.

Forbes calls Edukasyon.ph “a student-course matching service with a comprehensive database of classes and scholarships.”

“The Philippines has one of the highest per capita higher-education rates in the world, two or three times that of the United States,” he revealed, adding the 50,000 courses on the database represent only 90 percent of the total.

It is thus a matter of the youth choosing more wisely, said Muñoz, and Edukasyon.ph wants to be a go-to resource for wiser choices for them, their parents and teachers.

Some students are ill-advised, he said. Many would just apply where they friends did. Parents would shun their child’s dreams in the technical-vocational field. A single guidance counselor also usually tends to the needs of hundreds.

Edukasyon.ph begins by asking a student what he wants to be. If he chooses to be a flight attendant, it would suggest three courses. If one wants to be a government worker, six courses appear. 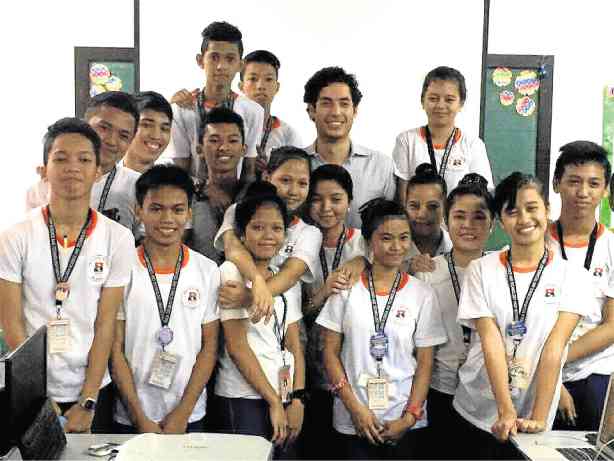 MOTTE-MUÑOZ (top center) with students of Raja Soliman Science and Technology High School who joined a career orientation by Edukasyon.ph

Clicking on a course leads to a listing of institutions. There are 200-plus schools for political science, with the first two schools suggesting the scope of the website’s listing—Abra Valley Colleges in Bangued and Abubakar Computer Learning Center Foundation in Tawi-Tawi. You can filter based on degree type, the regions and average tuition.

“Affordability is a huge issue,” said Muñoz, thus their listing of scholarships. “What shocked us was that there’s a lot of scholarships … We believe that 3,000 is just the tip of the iceberg.”

The website makes sure to engage the youth, he said.

“This is a generation that likes pictures, infographics, videos, and that’s what we’re trying to bring,” he said.

It has how-tos when hunting for potential schools. They recently produced a scholarship application guide. Outside the website, Edukasyon.ph hosts career guidance events.

All their student services are free of charge, so they cash in through the institutions.

Students can directly message universities through it. Application and payment may now be done online, possibly diversifying the applicant pool. Edukasyon.ph can crunch big data into useful statistics.

The services are free for state universities and colleges, added Muñoz.

While the website was in development before the implementation of the senior high school scheme, Edukasyon.ph is now mapping K-12 schools.

The K-12 listing is prepared with the Department of Education, one of the government agencies the team worked with. Tesda, on the other hand, helped pool the tech-voc courses. 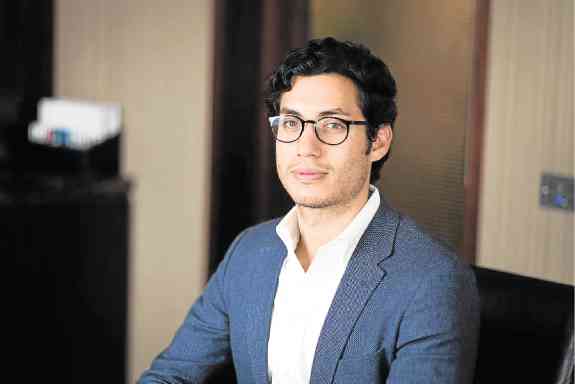 HENRY Motte-Muñoz is one of 10 Filipinos on the Forbes 30 Under 30 list.

PRC and DOLE are in talks to integrate passing rates and industry shortages to the listing, and embassies, study-abroad opportunities.

“We’re also working with employers,” Muñoz added. They want to come out with a legitimate list of qualities industry practitioners seek.

Muñoz explained that their long-term target is to make the website a lifelong-learning database, beyond a listing of senior high schools and colleges.

To get there, they have to make sure their current services work.

But it is definitely on the right track.

In 2015, Edukasyon.ph was one of the Top 10 Asian Initiatives for Education and Employment under the ADB Youth4Asia Solutions Search program. It was also a finalist in the Asean Impact Challenge.

“Our big year is 2016,” he noted, explaining that all their services will be tested this year. “It will give us our possible success stories.

He added in a statement: “We envision a country with zero unemployment. A country where young people have the right skills and education for the job, and where they can transition smoothly from education to employment.  It’s a lot to ask for, but we are determined to make it happen for the country,” said Motte-Muñoz.