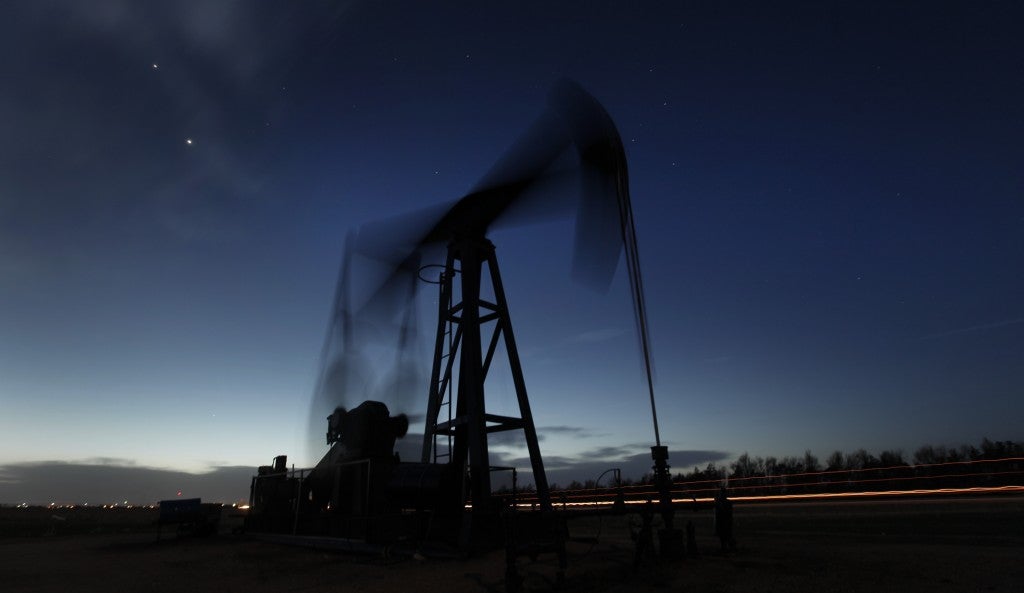 In this file photo taken with a long exposure, a pumping unit sucks oil from the ground near Greensburg, Kansas. AP FILE PHOTO

US benchmark West Texas Intermediate for April delivery shed $1.40 at $36.50 a barrel on the New York Mercantile Exchange.

The declines came after Chinese customs data showed exports sank 25.4 percent in February, the largest decline since May 2009. The data also showed a 13.8 percent drop in Chinese imports, raising further questions about the health of the world’s second-biggest economy.

Gene McGillian of Tradition Energy said the poor Chinese data, along with the chances for a bearish US petroleum inventory report Wednesday, mean the oil market may be “a bit overextended” after WTI advanced about $10 over the last month or so.

Those gains have been built on expectations that talks between Saudi Arabia, Russia and others could result in an agreement to limit output.

However, analysts said the market will need proof of concrete action to push higher.

“Until we actually see signs these huge amounts of oil have been reduced, the market will have a problem picking up its head too much from these levels,” McGillian said.

Analysts also cited a report overnight from Goldman Sachs that rued “a premature surge in commodity prices that we believe is not sustainable” following solid rises in prices of oil, copper and other commodities.

“Only a real physical deficit can create a sustainable rally which is still months away,” Goldman said.