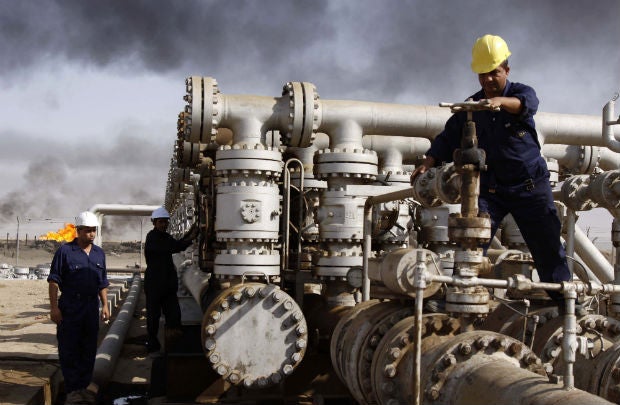 The US benchmark West Texas Intermediate (WTI) for delivery in April rose 92 cents (2.9 percent) to $33.07 a barrel on the New York Mercantile Exchange.

In London, Brent North Sea crude for April delivery, the European benchmark, closed at $35.29 a barrel, up 88 cents (2.6 percent) from Wednesday’s settlement.

Both contracts had traded lower earlier in the sessions.

But they shot up in late trade on reports that Venezuela’s oil minister, Eulogio Del Pino, said that his country was preparing to meet in March with other producers to discuss ways to stabilize the market.

Speculation over a potential output freeze has roiled the market, with skepticism high that such a deal could be struck.

He said there is a battle between traders focused on excess supplies overhanging the market and those expecting prices to rebound as supply/demand fundamentals tighten.

“You get a tug of war between the negative impact of energy prices… and the positive impact of economic data actually showing some glimmer of hope. What the market is trying to do is balance that,” said Art Hogan of Wunderlich Securities.

Stocks down on oil slump