Beijing overtakes NYC as ‘Billionaire Capital of the World’ 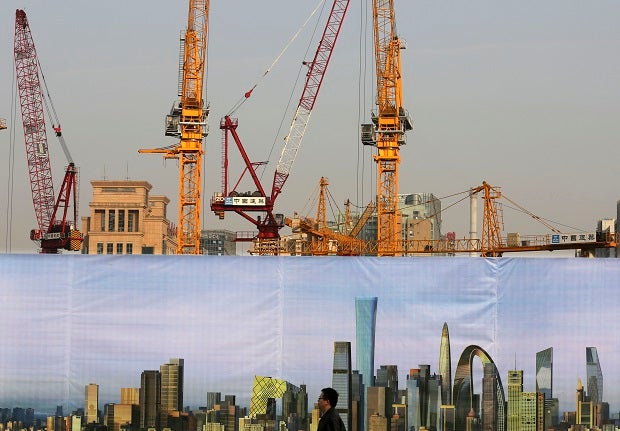 In this Associated Press file photo, a man walks past a billboard displaying the future skyline, near a construction site in Beijing, China. (AP Photo/Andy Wong, File)

BEIJING — Move over, New York City: Beijing is the new “Billionaire Capital of the World.”

The Chinese capital has overtaken the Big Apple as home to the most billionaires — 100 to 95 — according to Hurun, a Shanghai firm that publishes a monthly magazine and releases yearly rankings and research about the world’s richest people and their spending habits.

The study, which comes months after reports suggested China now has more billionaires than the United States, highlights how China’s elite are continuing to accrue vast wealth despite a wobbling stock market and cooling economy.

Different tabulations of wealth, such as the Hurun Report and the Forbes list, have historically produced somewhat different results depending on their methodology.

Hoogewerf said his wealth calculations were made using stock prices as of Jan. 15, which means they took into account the Chinese market’s 40 percent tumble over the past half year.

Had the calculations been made at the market’s peak last summer, the number of Chinese billionaires would have been nearly 150, Hoogewerf said.

Beijing took the title from New York after minting 32 new billionaires last year, while New York gained four. Moscow came in third place, with 66 billionaires, while Hong Kong and Shanghai came in fourth and fifth with 64 and 50, respectively, Hurun said.

Hoogewerf said China had a particularly high proportion of self-made billionaires compared to the United States.

“What we showed today is that at the super-wealth creation level, the Chinese are now leading,” Hoogewerf said. “People will look at China the same way that people looked at Stanford or Silicon Valley in the 1990s.” TVJ