Humans have never been more stressed, both at home and at work, due to the multiple demands placed on them by their family, their companies or their businesses.

As such, it is no longer enough for people to have the right mix of academic credentials and relevant experience to get ahead and stay ahead.

They also need to hone their inner grit and resilience.

Here, the Inquirer talks to Dr. Paul G. Stoltz, considered the world’s leading authority on the integration and application of grit and resilience, about recent trends in the workplace and the value of having a high adversity quotient.

1. What were the circumstances that triggered the development of your adversity theory?

Two pivotal events come to mind. First, when I was 12 years old, I had the privilege of joining my father on a business trip. We were passing through O’Hare Airport in Chicago, which was shut down due to a blizzard. We were lucky to have seats.

To fend off the boredom, I decided people watching was the best alternative. I watched these tired, bedraggled, stressed-out business drones trudging back and forth. Finally, I had to ask my father, so I turned to him and asked, “Dad, why is everyone so dead?” So he slowly pulled down his Wall Street Journal and said, “What do you mean?” “Just look at them! Look at their faces! They’re like dead!”

So my father turned to me and said some very wise words. “You shouldn’t be so hard on people, sometimes life is hard.” So as I reflected on his wisdom I asked, “Am I going to end up like that?” So he smiled at me warmly and said, “Some people seem to find a better way.” And he winked. That’s the first moment I can remember realizing that it is not the event, but our response that determines our destiny.

The second pivotal event occurred when I was a sophomore in college at the University of California. I turned to my professor and advisor and asked innocently, “How do we know who wins?” “What do you mean?”, he asked. “Like, how do we know who fails, versus who fails and prevails?” “That is your first research project! Now go find out!” was the challenge he posed to me.

What I thought would be a Saturday afternoon at a library has become a 36-year lifelong pursuit to excavate down to, and ideally decode, the bedrock of human endeavor. I’ve come to realize I am an excavator, I am obsessed with trying to unearth what is underneath, what most people claim are the key drivers of success and fulfillment in life. That has been and continues to be my journey and my quest.

2. Why do you think it is more important than ever to hire people or put people with a high adversity quotient in high positions? Has it now become a more important trait than say the standard parameters such as educational attainment and corporate experience?

Let’s turn to the research. As the founding director of the Global Resilience Institute and the GRIT Institute, which are global research collaborations on these subjects, we have been tracking certain trends for more than two decades. For example, when we ask leaders to look out on the horizon and tell us what they see, here is what they say.

We ask them “Is the world, or your market, or your industry, becoming more or less demanding? Simpler or more complex? Faster or slower? More predictable or more uncertain? Easier or tougher? More or less frustrating?” What was once 89 percent has risen gradually to 99 percent of leaders around the world responding with the adverse choice for each of those options. In other words, according to their forecast the weather is intensifying for as far as we can see. This has been the trend for 23 years, consistently. That’s one data point.

As a second data point, we have surveyed more than 20,000 employers worldwide, across all industries.

When asked who they would hire, A) the person with the perfect skillset and qualifications for the job, but fairly weak on resilience/GRIT, or B) the person with exceptional grit and resilience but missing some pits and pieces, 98 percent+ say B. In fact, when we give them the entire list of mind-set related traits, grit has risen from #10 to #1 on most lists.

In short, we live in uncertain and adversity rich times. This requires leaders to possess and lead with exceptional grit and resilience to produce impressive results in such challenging contexts.

3. What are the primary sources of stress these days that requires a high adversity quotient?

Stress, or adversity, is highly personal and varied. 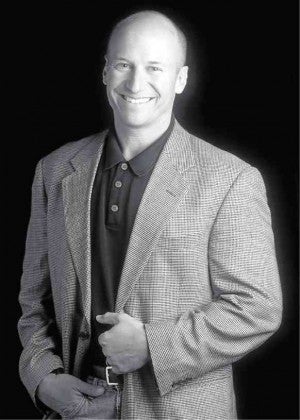 We define adversity as, “when you predict and or experience something bad happening to someone or something you care about.” So what may be adversity for you or your company, may be very different than what you consider adversity for mine. That said, there are some mega trends worth noting.

Geopolitical instability, intensified interdependence and fluctuations, the rise of the robots/automation transforming the nature of work, and the struggles or the growing disparity between those with the most and those with the least, in so many societies are but a handful. How we respond to these is determined by our individual or collective AQ or Adversity Quotient.

It’s quite simple: the more adverse the conditions, the more essential AQ—how we respond to that adversity—becomes.

4. To your mind, why do you think some people have more of it than others? What are the factors, for instance, that give rise to a high adversity quotient?

My answer to this question may shock you, the research suggests that AQ is at best, 10 percent genetic, or inherent. The vast majority of it is hardwired in our youth.

Think of it like laughter. Each of us has a distinct way of laughing. Where did that come from? As young children we pay keen attention to how the influential people in our lives respond to life’s funny stuff. Now we respond to funny stuff or laugh automatically. It’s beautiful! AQ is very similar.

We hardwire our pattern of response to adversity in a nearly identical way. Mostly, the emerging field of epigenetics suggests that some of this is passed down from how our parents responded to their adversities. I find that tremendously compelling.

Many people believe that those who face more adversity have higher AQs. Those who face less, have less. There is no research to support that claim. In fact, we all know people who have been crippled by adversity, and there are people who have faced none, yet have tremendous resilience, although those are fairly rare.

5. How can an organization or high profile management team detect or find out if the top managers have the grit, resilience and high adversity quotient that people are looking for?

The only robust, valid way to get at these is to measure them using the AQ Profile and the GRIT Gauge.

These are the most validated and widely adopted assessments of their kind in the world. That is why they have been selected by and used at Harvard, MIT, INSEAD, Stanford, and many of the Fortune 100 companies worldwide. Their combined database is comprised of in excess of 1 million respondents worldwide. That’s why so many companies use these tools to both pre-screen all of their applicants, and to help develop their existing talent pools.

6. In your experience, is the adversity quotient or grit factor more prized now compared to let’s say 20 years ago?

Definitively, yes! I founded Peak Learning, Inc. 29 years ago and the intensity of interest has never been greater. We are besieged by requests from around the world.

7. You are coming over to the Philippines for a series of talks, what do you want the participants to take away from your engagement with them?

It is a tremendous privilege to come to the Philippines, and share my life’s work with so many people there, at such a critical time in human history.

Ideally, I would like my time with your leaders to create nothing short of a seismic shift in their awareness, their approach, and their effectiveness in how they lead themselves, their teams, and their organizations.

Additionally, it would be tremendously gratifying if they look back on our time together and felt it to be pivotal in their efforts to lead an enriching and fulfilling life of contribution.

(Dr. Paul G. Stoltz is author of four international bestselling books on grit and resilience and was voted by HR Magazine as “One of the Top 10 most influential global thinkers,” and by Executive Excellence as “One of the 100 Most Influential Thinkers of Our Time.” Dr. Stoltz guest lectures at MIT, where his GRIT-related methods and assessments are used to equip tomorrow’s entrepreneurs.

He will be the main speaker during the Philippine Executive Leadership Summit to be held on March 2-4 at the Edsa Shangrila Manila Hotel and organized by Viventis Search Asia.)