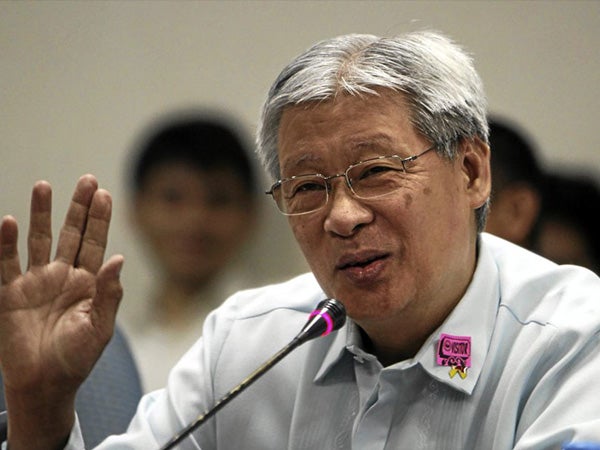 Economist Cayetano Paderanga Jr.—technocrat, socioeconomic reform advocate and well-loved professor at the University of the Philippines—has died at the age of 67.

Paderanga succumbed to sepsis, or a severe infection in the bloodstream, following complications from open-heart surgery to repair an aneurysm in his aorta and an emergency double heart bypass, close associates said. He died on Friday about 11:45 p.m., at St. Luke’s Global City.

“We mourn the loss of a good man before his time. An ideal husband to Delia and caring father to their two sons. A gem of a public servant—intelligent, competent, humble, honest. A great teacher to his friends at UP and to his colleagues. A wonderful friend,” economist Romeo Bernardo, cofounder with Paderanga of the Foundation for Economic Freedom (FEF), said in a Facebook tribute.

FEF is a public advocacy group that seeks to advance the cause of economic and political liberty, good governance, secure and well-defined property rights, market-oriented reforms and consumer protection.

“Dondon was the founding chair of the FEF. In or out of government, he fought for economic reforms,” said Calixto Chikiamco, current FEF president.

“Dondon was a brilliant, quiet and decent man who let his many achievements speak for themselves, the epitome of the servant leader of whom there are too few. FEF and the nation will surely miss him,” said former Finance Secretary Roberto de Ocampo, FEF chair.

Paderanga taught economics to several generations of students at UP Diliman and also devoted much of his prime years to public service. He was economic planning secretary (1990-1992) in the Cory Aquino administration and held the same post in the early years of the Benigno Aquino III administration (2010-2012). He cited “health reasons” for leaving the Cabinet in 2012.

He is survived by his wife Delia and two sons, Marco Noel and Paolo Paderanga.