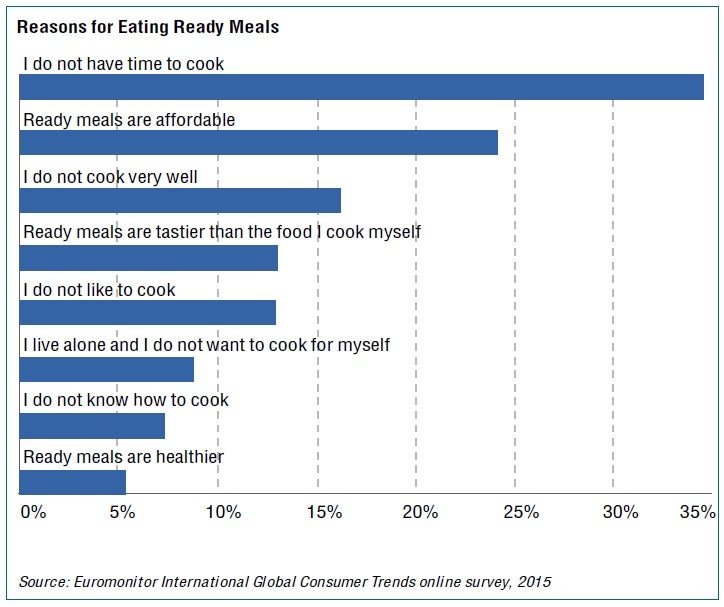 This year, expect consumers to be less bothered about labels and gender conformity and more concerned about their physical and mental wellbeing and their need to inspire change, latest data on Global Consumer Trends for 2016 by global business intelligence provider Euromonitor International shows.

The study also found a key trend to watch for this coming year—the growing markets of mature consumers aged 65 and older and the “spending singles.”

The London-based Euromonitor says the spotlight is also focused on the negative side of digital life, a repercussion given that Internet users are forecast to hit three billion this year.

“The physical and emotional health hazards of nonstop device use and the impact on children and teenagers are all under review,” the report says. “Mobile love rules, but it can be toxic.”

Smartphones are now literally everywhere, with consumers even taking their devices to bed or even to the shower. In a survey of 7,000 people from Motorola who were asked about their smartphone habits, three in every five said they slept holding their devices. The study covered seven countries—US, UK, Brazil, China, Spain, Mexico and India.

However, the rise of smartphones has also spawned problems, such as compulsive texting among teenagers and smartphone addiction, which Euromonitor describes as a “global challenge” associated with lower academic performance, among others.

The problem is not even solely confined to teenagers and students. “A rising number of public swimming pools across Sweden are banning all mobile devices in a bid to make inattentive parents protect their children from accidents,” the report reads.

Other health downsides to the hyperconnected digital life include the “vampire kids” phenomenon—teenagers’ and children’s habit of using their devices at night is affecting their sleep. The augmented stress brought about by connectivity is also linked to heart disease and depression.

“A mid-2015 survey from Telefonica reveals that around a third of Spaniards suffer from ‘techno-stress’ and are at risk of developing eye conditions, anxiety, high-blood pressure and insomnia as a result of extended screen time,” the report says.

On the other hand, consumers have become more conscious of their health and where their lifestyles are taking them.

“In 2016, more of us will be eating greener. More people will care about cutting down on food waste in and beyond the home, try harder to avoid unhealthy food and overeating and be keener on more natural, local and seasonal food,” Euromonitor says.

Aside from concerns on proper diet, the study also forecasts people will also be concerned about how they feel on the inside.

“The fascination with promoting the wellness of their inner selves shows that consumers are looking beyond physical health,” Euromonitor says, noting that this “pursuit of mindfulness” is evident in bestseller lists and top app picks.

“This interest in striving for mental wellness is also a response to pressured lives. It includes a tinge of nostalgia and offers a way for workaholics to pause,” the report adds.

With many holding the belief that time is “the key luxury,” consumers will also continue to go for “time-saving” products and services such as readymade food options, digital timesaving gadgets such as robot vacuum cleaners, and online shopping, to name a few.

“Saving time is still a key driver behind the continued rise of the consumer preference for local shopping as well as online shopping,” Euromonitor adds.

Mature consumers in their “post-middle-age” represent a growing market, says Euromonitor, which also forecasts that the global population of persons 65 and older will grow to 626 million in 2016.

“The future for many world regions is greyer,” Euromonitor notes. “In 2016, we can talk of a mature lifestyle as more people are living a busier, more satisfying and extended ‘third age,’ starting after middle age.”

The report describes this demographic as persons who “are more energetic, work more, enjoy maintaining good physical health and pay attention to mental wellbeing, and are able to live fuller lives.”

Aside from enjoying local and international travel, seniors are also using technology, mostly to keep in touch with family and to monitor health, the report notes.

In 2016, single adult consumers will spend on travel and products and services they believe to be authentic.

“With fewer commitments and more to spend, premium singles are a captive audience for authenticity-led services and products,” says Euromonitor. “Often, high spenders with more disposable income and child-free or no longer sharing a home with offspring are happy to spend on products and experiences for themselves, such as solo travel.”

Among these singles are the PANKs (Professional Aunt No Kids), consumers who spoil their nieces and nephews with things like toys and gadgets. A survey done by SavvyAuntie.com’s Melanie Notkin found that more than a third of American women aged 20 to 44 are childless, and that “many of them are eager to help their nieces and nephews get the best out of life by spending money on educational, cultural and playful experiences.”

Another group of spending singles are called “yuccies”—the driven, young and urban creatives who are typically under 35 and are often single with few commitments. “They are super motivated, stylish, steer clear of traditional jobs and gather in creative industries, earning relatively high incomes,” says Euromonitor.

Agnostic consumers, also known as the “contradictory shoppers,”are “less bothered about labels” and are instead drawn toward what they deem to be valuable. “Value for agnostic consumers doesn’t always mean cheap price—although these consumers are on the lookout for bargains as well as quality—and new goods and services,” Euromonitor says.

“Agnostic consumers are torn between wanting to be thrifty, while enjoying spending on products that inspire them,” the report adds. This year, Euromonitor says consumers will be drawn toward innovation and good deals.

“In 2016, trying to change things for the better is becoming a more mainstream priority,” Euromonitor says in its report, adding that the desire to enrich lives and preserve the Earth’s natural resources is no longer simply the concern of billionaires, multinationals, and celebrities, but of individual consumers as well.

“Younger consumers in particular are seen as being at the helm of a crusade to embrace social issues,” the report says. “Consumer expectations regarding corporate environmental issues are growing; millennials, especially, with recent greenwashing scandals in mind, want brands they buy to behave responsibly.”

Younger entrepreneurs are also no longer measuring success in terms of material riches. “Their question is not ‘What do I want to be when I grow up?’ but ‘How will the world be different because I lived in it?’” says the report.

Gender fluidity in consumption is already here. “For many consumers, the quietly confident smile of Caitlyn Jenner—formerly Bruce—on the June cover of Vanity Fair, signaled the ‘coming out’ of an acceptance of gender fluidity,” the Euromonitor report says. It says the coming out of transgender people has removed gender tags in toys, clothes and other labels.

“Alongside the more obvious tech devices and androgynous fashion, there is a shift in the classification of some toys to blur gender lines and the way they are displayed by more retailers,” it adds.

The most significant shift is in children’s products, it says. “This stems from a growing recognition of the role that traditional toys, clothes and costumes have played in reinforcing gender stereotyping.”

Consumers plagued by financial and security worries are also buying their peace of mind. Security cameras are planted in every nook and cranny of homes and offices, allowing parents to check on their children using only a phone app.

“Shopping habits are driven by many emotions, including fear,” says Euromonitor.