The clamor for more Internet services, described as the biggest industry trend here since text messaging became popular in the late 1990s, also called for record spending by telecom companies in a bid to keep up, and deliver better services to data-hungry consumers.

The narrative driving this shift has not changed, and in 2015, it has only ramped up.

Feature-rich smartphones are becoming more inexpensive and more accessible to broader market segments. So-called over the top players like social media website Facebook and instant messaging services like Viber and Whatsapp are cutting into traditional call and text revenues of telecommunications companies.

This digital shift spelled very different results for the country’s two telecommunications companies. PLDT, the dominant player, saw earnings dip, while Globe Telecom, which spotted and focused on this emerging trend early on, saw profit and revenue jump higher in the first nine months of 2015.

The fact that the Philippines is served by two players is also luring new rivals seeking to cash in a rising segment of young, digital savvy consumers that are seen to drive future growth.

San Miguel Corp. president Ramon S. Ang announced in early 2015 that the conglomerate was planning to launch a “better” mobile broadband service to compete with PLDT and Globe amid complaints over unreliable and expensive Internet services in the country.

Later in the year, SMC said it was in talks with Australia’s Telstra Corp. Ltd. for a possible telecom venture in the Philippines.

Threat from a 3rd player

With the threat from a third player, rivals PLDT and Globe found common ground as they urged the government to compel SMC to share its 700 Megahertz frequency, which the conglomerate planned to use to launch a powerful broadband service in 2016.

PLDT’s performance in 2015 revealed that its business structure— at least in recent years— has been more vulnerable to the changing landscape, but reforms are being put in place.

Its chair, Manuel V. Pangilinan, admitted in an interview with Bloomberg in November that the company “fell into that trap of complacency” because of its dominant position. 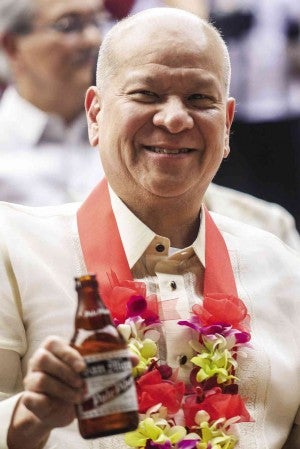 PLDT said that in the nine months through September 2015, core profit had slipped by 5 percent to P27.1 billion while its service revenue was down 1 percent to P122 billion. By the end of the year, the company was expecting to book a core profit of P35 billion, about 6.4 percent lower than the year-ago level.

“We foresee tougher times ahead both in terms of developments affecting the industry and (with) the entry of a possible new player in the market,” Pangilinan said in a separate briefing in December.

PLDT announced several management changes through the year, and in December, it made public the retirement of long-time company president Napoleon Nazareno effective in the end of 2015. Pangilinan assumes Nazareno’s responsibilities while leading a search for a new CEO who should be able to continue the digital shift initiated under Nazareno’s tenure.

Globe Telecom was more upbeat and its numbers this year validated a digital strategy that was identified early on.

Globe, owned by Ayala Corp. and Singapore Telecommunications Ltd., said core profit during the same nine-month period was at P12.7 billion, up 10 percent while service revenue was up 15 percent to P83.4 billion.

Nevertheless, he noted that Globe’s strategy was paying off, thus far.

“For PLDT, I’m happy they are now taking on more risks,” Lacson said.

“There is a tendency for a dominant player to rely on existing strength. But the world right now is competing on innovation, not just price.”

Both telcos recognize the need for greater spending. PLDT bumped up its capital spending budget in 2015 to a record P43 billion, and Pangilinan said spending would remain “elevated” through the next two years. Globe said early this year it would spend more than P37 billion. 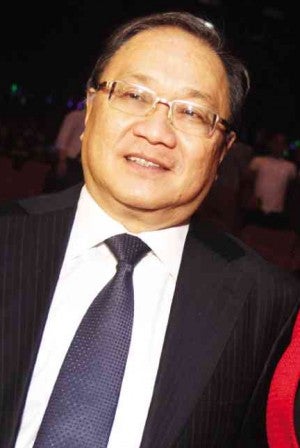 PLDT and Globe made it clear that the bulk of their respective budgets would be spent on upgrading their data networks given the insatiable clamor for high-speed mobile Internet.

Demand, after all, is set to skyrocket in the coming years. According to the latest Ericsson South East Asia and Oceania regional Ericsson Mobility Report, smartphone penetration was at 40 percent in 2015 but that figure should surge to 70 percent of the population by 2018.

LTE subscribers, it said, would grow to around 40 percent of total mobile subscriptions in the Philippines by 2018, while more than 75 percent of the people in the Southeast Asia and Oceania region would have access to LTE networks by 2021.

With more smartphones on people’s hands, the services required by the consumers are dramatically changing. More contents like television shows and movies are expanding online to reach more viewers.

PLDT and Globe are following different paths, but there are similarities such as partnerships forged or investments infused by both in the Internet TV space.

Globe has a partnership with on-demand video streaming service HOOQ while PLDT has invested in iflix. Globe, which recently completed the acquisition of Bayan Telecommunications Inc., has also been branching out.

It announced last year the establishment of a unit that would invest in non-core businesses. An early initiative here is a venture with Salud Interactiva to launch a telemedicine business called konsultaMD.

PLDT has been more aggressive in this space. In the previous year, it invested 333 million euros in Germany’s Rocket Internet, which is behind online companies like Lazada and Zalora.

Last year, it organized PLDT Capital, which would invest mainly in startups in Silicon Valley, ground zero for tech innovations in the United States and arguably, the rest of the world.

PLDT and Globe are capitalizing on one of their key strengths, which is access to a country of about 100 million people, where smartphone service subscriptions are exceeding the total population.

As the earlier-mentioned Ericsson Mobility Report showed, the trend was moving toward more of these subscribers having access to high-speed Internet in the coming years.

Both telcos also signaled that most of the new opportunity would be coming from the younger segment of the population. Already, those aged 15 to 34 account for about 35 percent of the Philippines’s total population today, the Philippine Statistics Authority estimated.

The vast opportunity, and relatively limited competition, is also attracting big players at home and overseas.

It has started to reorganize the business, buying out this year Liberty’s Qatar-based partner and announcing plans to launch a broadband mobile service by 2016.

In August, it was revealed that SMC was in talks to join forces with Telstra for telecom service in the Philippines with special focus on the mobile broadband space. Telstra said it might shell out about $1 billion for a 40-percent stake in the venture. However, a deal between the two has yet to be signed.

Fitch Ratings said there were more challenges facing any telco startup, and that the impact on PLDT and Globe would be “limited” in the next two years.

Infrastructure sharing is not mandatory in the Philippines and Fitch expects the newcomer to face difficulties providing regional mobile coverage in the absence of domestic roaming arrangements, Fitch said.

PLDT and Globe have shifted their focus on SMC’s powerful 700 MHz spectrum, which is considered the “most valuable” in terms of delivering 4G Internet services more efficiently.

SMC controls most of the spectrum and both PLDT and Globe renewed calls for the National Telecommunications Commission to recall and reallocate the asset.

The NTC later signaled its unwillingness to do so, saying a recall would be “difficult” without a sufficient reason, as the frequency had already been allocated. Recently, PLDT said it might seek the intervention of President Aquino, who is stepping down in the middle of 2016.

For Lacson, these worries over a third-player were overblown, at least in the near-term, as developing a telco infrastructure network would take several years.

“You can’t put up a network that can compete in less than three years,” Lacson said. “I think PLDT and Globe are still going to lord it over the market for now.”