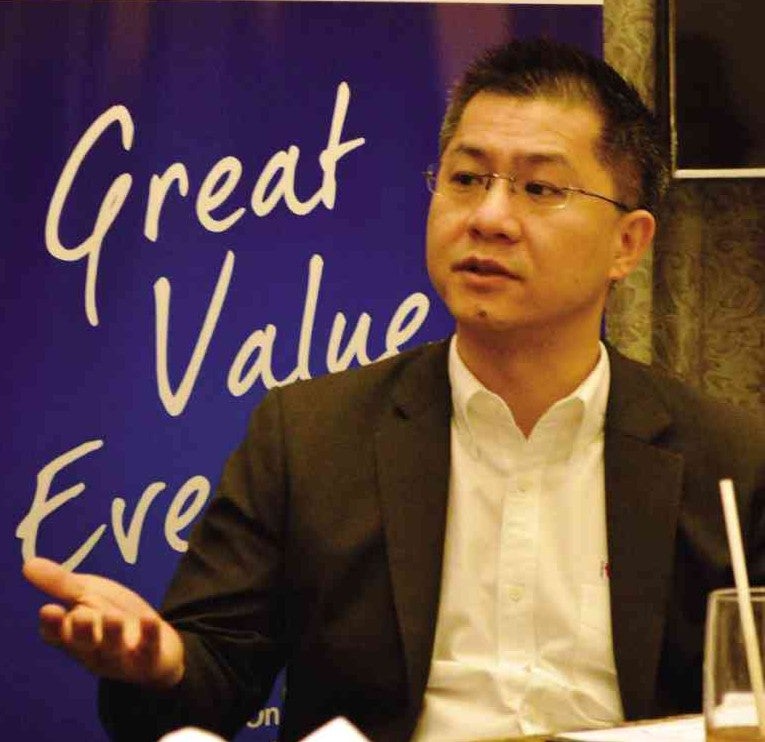 iTrueMart debuted recently in the Philippines, which is just a small part of its $150-million expansion plan in the Asean Economic Community (AEC) that includes Vietnam, Indonesia, Burma (Myanmar), Cambodia, Malaysia and Singapore. The firm, which saw tremendous success in Thailand, is looking to infuse $15 million in iTrueMart.ph this year.

“We will put in as much as we need to to deliver great e-commerce experience to our consumers in our target markets, “ said Ascend Group chief executive officer Punnamas Vichitkulwongsa.

Amid the mushrooming of malls, there is still a low modern trade penetration outside highly urbanized areas, he noted.

“Our dream is to see Filipinos, especially poor Filipinos, even those living in the most remote islands, to use their mobile phones and buy things they don’t have access to,” he said in a recent interview with reporters. “We want to give people the chance to a better life.”

He also said iTrueMart can provide a better shopping experience by offering customers a great assortment of trusted brands at good prices while providing fast delivery service.  To provide customers with a personalized service, iTrueMart uses technology to analyze customer data based on their behavior on social media.  They also partnered with cloud service giant Amazon Web Services to run the technology.

“[When you] go to a shopping mall, the saleslady does not know you very well. She may know the product, but she doesn’t know anything about you,” he said. “Through technology, we can get recommendations about the customer so that he or she can get what she wants and how she would want it.”

Vichitkulwongsa added the company is very excited in expanding operations to other countries under the AEC.

Aside from having a growing population—made of younger people—compared to China and the United States, he said the average percentage of mobile Internet penetration throughout the region stands at 56 percent. This means more than half of the population can access the Internet, especially through mobile phones.

iTrueMart started in 2013 but it was only last year when it became a business unit of Ascend Corp. The latter is the technology and digital services subsidiary of Thailand’s C.P. Group, a conglomerate with interests in agro-industry, food, marketing and distribution and telecommunications.

Ascend Commerce iTrueMart division general manager Seubsakol Sakolsatayadorn said iTrueMart now has an average 8,000 orders per day. During peak days, it can reach 17,000 orders, a far cry from the 400 orders it was getting in January. It now also claims as one of the fastest growing e-commerce websites in Thailand.

Following iTrueMart’s success in Thailand, Ascend Group’s e-commerce department chief operating officer Dean Krstevski said he was confident iTrueMart.ph would be the most dominant e-commerce player by 2017, noting they have a very experienced team both from the online and offline retail sectors.

Krstevski, one of the first executives of current e-mall leader Lazada Group, said iTrueMart operates as a retailer that only works with authorized dealers and distributors of international and local brands. He said the e-mall decided to focus on the mobiles and gadgets category for its initial offering.

“We will have a full assortment of mobiles and gadgets and expand to other categories in January,” he said. These include consumer electronics, home appliances, moms and kids, and health and beauty categories.

iTrueMart.ph started serving the Luzon area and will expand its delivery operations this year. By the end of 2016, the company should already be operating 100 vehicles in its delivery fleet. The e-mall is offering free delivery and free returns as well as cash-on-delivery payment options.

Vichitkulwongsa said e-commerce players must work together and not just compete with each other to gain consumers’ trust and confidence.

“In the end, yes, we will compete, but the most important thing right now is that consumers have confidence buying online. That’s our No. 1 priority,” he said.