TransCanada to sue US for $15B over pipeline rejection 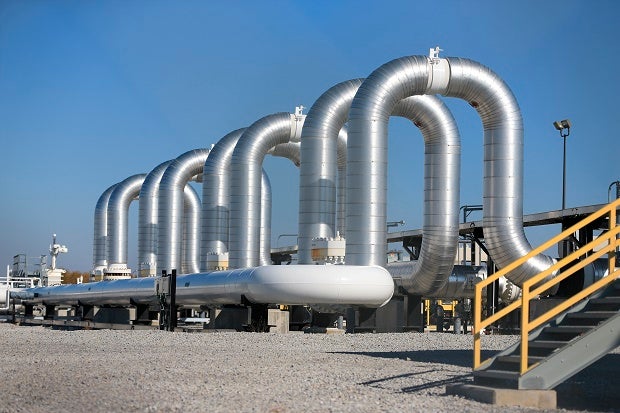 The Keystone Steele City pumping station, into which the planned Keystone XL pipeline is to connect to, is seen in Steele City, Neb., Tuesday, Nov. 3, 2015. AP File Photo

MONTREAL, Canada—TransCanada will sue the US government for US$15 billion for blocking its controversial project for an oil pipeline linking Canada with the Gulf of Mexico, the firm said on Wednesday.

TransCanada Corp. said the denial of a permit to complete the Keystone XL pipeline “was arbitrary and unjustified” under the North American Free Trade Agreement, and that the decision also exceeded the constitutional powers of US President Barack Obama.

The Obama administration decided in October to deny the Canadian company a permit to construct a key section of the pipeline across the US-Canada border, ruling it would harm the fight against climate change.

The decision, which came seven years after the company first submitted the project, marred US-Canada relations and angered many in the oil industry in both countries.

The pipeline would carry crude oil from the Alberta tar sands deposits all the way to the US Gulf Coast, and blocking the 1,179-mile (1,900 kilometer) Alberta-Nebraska section effectively undermined the entire project.

Environmentalists have assailed the project—and the move to sue—arguing that the Alberta deposits produce some of the “dirtiest” crude in the world.

TransCanada said in its complaint that the permit denial discriminated against it—noting that three other pipeline companies had been granted permits for similar operations carrying Alberta crude into the United States.

“The delay and the ultimate decision to deny the permit were politically driven, directly contrary to the findings of the administration’s own studies, and not based on the merits of Keystone’s application,” the company said in a statement.

‘Ought to be ashamed’

TransCanada said it will seek to recover $15 billion in costs and damages as a result of the permit denial, which it said breached US obligations under the NAFTA treaty to treat investors fairly and equally.

“TransCanada invested billions of dollars in the Keystone XL project and the denial of permit deprived TransCanada of the value of that investment,” the company said.

The Calgary-based company, with nearly $60 billion in pipeline, energy storage and power generation assets, said it was prepared for a lengthy legal battle and would be ready to reapply for a permit to build the link.

“TransCanada’s commitment remains to build this project, which is in the economic, environmental and geopolitical interests of the United States,” it said.

“We have just seen the announcement. We do not comment on pending litigation,” it said.

“Keystone XL is dead and nothing about this legal maneuvering changes that,” said Sierra Club Executive Director Michael Brune in a statement.

“TransCanada ought to be ashamed of trying to extract billions in US taxpayer dollars to boost its profits after being stopped in its tracks from building a dirty, dangerous tar sands pipeline in our backyards.”