IN ANY GAME-CHANGING development such as the creation of a unified Asean Economic Community (AEC), there will be winners and losers. As to what will emerge winners or losers, it all depends on how well each country has prepared for the dawning of the AEC.
The idea is to groom as many winners as possible and to prepare safety nets for the prospective losers.

While the big boys of corporate Philippines have long prepared for this development, it has been acknowledged that micro and small and medium enterprises (MSMEs) could be among the most vulnerable. There are also fears that the Philippine farm sector could not compete in the production of traditional crops that are common to Asian countries like rice and sugar.

But while competition will get a lot tougher, the expanding link of the local economy to regional markets also opens up more opportunities not only to big corporations that have long set up shops in several part of the regions but also to new and small players. On top of the “usual suspects,” there are more Filipino corporations that are ready and willing to accept to meet the AEC challenges. The likes of Max’s Group Inc., inspired by the success of Jollibee in breaking into the overseas markets, have also started their regional expansion plans. Local coffee chain Figaro, which has been expanding in the Middle East, has likewise set up a few shops in Malaysia.

Consumer technology firm Xurpas has used proceeds from a successful initial public offering to invest in offshore tech companies to establish foothold in Southeast Asia, particularly in its most populous nation, Indonesia.

To eradicate unemployment and underemployment in the country (based on figures as of January 2015), the country will need 10,000 new MSMEs or 300,000 SMEs (brick & mortar), or 109 high-impact entrepreneurs, according to a 2015 Asian Institute of Management research authored by Arroyo, Ortigas, Fumar, Orlina.

High-impact entrepreneurs refer to the likes of Xurpas or a social enterprise like Rags 2 Riches, or a life science firm like Philab, a pioneer and market leader in designing, building and equipping laboratories for a diverse range of industries with special focus on healthcare, research and education sectors.

Recognizing the importance of MSMEs, the Philippine game plan for AEC as drawn up by the Department of Trade and Industry seeks to “strengthen local businesses, make them more competitive and sustainable, and ensure that the Philippines comes out ahead.”

We asked innovation advocate Maoi Arroyo, who teaches at AIM while managing her four businesses, what sectors or industry subsectors were likely to thrive in a unified Asean economy. Arroyo is the CEO and founder of Hybridigm Consulting, the first biotechnology consulting firm in the Philippines, which has now facilitated more than $3.5 million in biotech investments and trained about 15,000 aspiring entrepreneurs.
The scientist, who studied biotech commercialization in Cambridge and MIT, came up with the following list of potential winners: 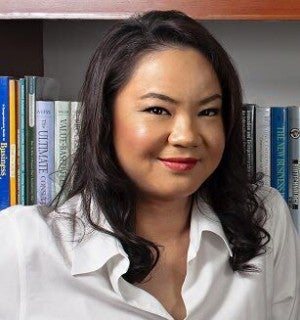 1. Software: Commonly referred to as “tech,” this sector covers everything from mobile apps to healthcare. There are more than 100 companies in this sector, with 10 local startups put up in 2015. This sector’s champions aim to have 500 startups formed by 2020, with total capital of $200 million raised from investors at a valuation of $2 billion.

2. Agriculture: Second only to electronics as the country’s main export earner, this sector attracts the most R&D (research and development) funds as the Philippines modernizes its agriculture and agro-industrial processing capabilities.

There are more than 50 Filipino companies in the natural and herbal industry, which in 2010 grossed $780 million.
An example is Green Enviro Management Systems (GEMS), the world’s first mango waste biorefinery—which creates high value products from the peel and seed discarded in the production of dried mangoes. GEMS started operations in Cebu only in early December. Its 100-metric ton plant now has multiple orders for its gluten-free flour, tea and high-value food ingredients. Aside from GEMS, watch out for Ahcil Laboratories, which manufactures organic and naturally occurring components for cosmetics, pharmaceutical, and agricultural use. GEMS and Ahcil are both startups from Cebu, ranked by Entrepreneur Magazine as one of six alternative cities to Silicon Valley to start a business.

3. Creative: The Philippines has always been famous for its creative industries, with the latest data from IP (Intellectual Property) Philippines showing that the sector contributed 7.3 percent of its gross domestic product in 2010. Our animation sector alone is set to clear $145 million in revenue this year. If the next administration finally implements the Creative Industries Act of 2013, with all its attendant tax incentives and budget for global promotions, this sector will grow sharply. Combining this with a social business model also provides inclusive growth.
Watch out for: Filip+Inna (fashion house inspired by indigenous materials), Rags2Riches, Artikulo Uno Productions (producer of the critically acclaimed historical biopic “Heneral Luna”), and the rise of creative spaces like Make It Up, and indie animated hopefuls like Saving Sally.

4. Social: Using new approaches to solve existing social problems is the hallmark of all social businesses which seek to do well by doing good. There are 30 Filipino social enterprises today which help curb poverty and promote peace while still providing value to the Asean region.
Bagosphere in Negros Occidental has trained rural out-of-school youth to prepare them for jobs since 2008. Some 80 percent of students were hired within two months of completing their program mostly by business process outsourcing (BPO) companies. With investors from Manila and Singapore, Bagosphere recently opened a branch in Bacolod. Social businesses, MSMEs and cooperatives will benefit from the passage of the Poverty Reduction through Social Enterprise (Present) bill is enacted. Watch out for: JoomaJam, Jacinto & Lirio, and Bambike (produces bikes made of bamboo).

5. Health and Wellness: While most people are familiar with the success of Lagundi and the world-class products of VMV Hypoallergenics, new technology is emerging from universities that is just waiting for the right investor. UP Manila’s RxBox, for example, has 143 prototypes already in use to provide a much needed telehealth solution for the archipelago. Historically, innovations like this don’t see the light of the day due to the high capital expenditure requirements and long regulatory timelines, but the risk-reward ratio may be getting better.

After identifying potential winners in AEC, however, Arroyo cited five essential ingredients to ensure the success of SMEs in the unified Asean community:

1. Strong teams: Unlocking the value of an SME in any sector involves skilled co-founders who can work together effectively and have a bias towards action. Diverse but complementary skill sets such as engineering, design, management, and community development increase the chances of success dramatically. Ultimately, economic and social impact is created by a team not an idea. For example, the founders of Loudbasstard—creator of eco-friendly acoustic bamboo amplifier—are an architect, an archaeologist, and a salon manager who were mentored by designers Vito Selma and Kenneth Cobonpue.

2. Innovation: The Philippines tends to provide goods and services that are easy to duplicate. In order to thrive in Asean, we will have to differentiate ourselves by developing products, processes and business models that can work in the Philippines but can also scale up to serve other countries. For example, Cebu startup GEMS hinges on the technology developed by the University of San Carlos, which is covered by five patents.

3. Partnerships: Starting a business is a sprint while growing a business is a marathon. Startups are about sprinting to survive; scaling-up is about enduring to thrive. To drive growth throughout the region, SMEs will have to forge partnerships with other SMEs, large local companies and multinationals.
Innovation will also require public-private partnerships between the academe, government, and SMEs. For example, social enterprise Hybrid Social Solutions provides rural, off-grid communities in the Philippines with sustainable access to high-quality, affordable solar technologies aimed at spurring basic development. They have a network of community development, microfinance, local government, and private sector partners.
4. Access to capital: For SMEs in the software or IT space, there are multiple options for funding such as Ideaspace, Kickstart, Launch Garage and Seed Asia. Other companies must survive the “valley of death” between an idea backed by family and friends and investments of $1 million from venture capitalists like ICCP or Narra. These investors are predominantly based in Manila. As a result, most SMEs do not make the transition. Microenterprises and cooperatives have increased access to government grants and microfinance institutions, but they usually do not have the network and mentorship that seed funds also provide. For example, of the 17 startups funded this year by local and Asean capital, only four are from Cebu and 15 are in the software sector.

5. Enabling environment: There are a lot of laws, incentives, and programs that help SMEs. Some of the laws do not have implementing rules and regulations yet, but most such as the Department of Science and Technology (DOST)’s Setup (Small Enterprise Technology Upgrading Program which aims to support and sustain the growth of MSMEs) and DOST-Technicom (Technology Innovation for Commercialization) grants are just under-publicized.
Policies must also be modernized to allow crowd funding of SMEs from our overseas Filipino workers and diaspora. Public-Private Partnership to boost the entrepreneurial ecosystem is vital. For example, the Barangay MicroBusiness Act (BMBE) of 2002 benefits single proprietorships, cooperatives, partnerships or corporations with assets less than P3 million with tax holidays, exemption from minimum wage, special credit windows, and technical assistance.

This story was produced under the Reporting Asean: 2015 and Beyond series of IPS Asia-Pacific in cooperation with Probe Media Foundation. This program is supported by the Rockefeller Foundation, the Asean Foundation and the Japan-Asean Solidarity Fund.