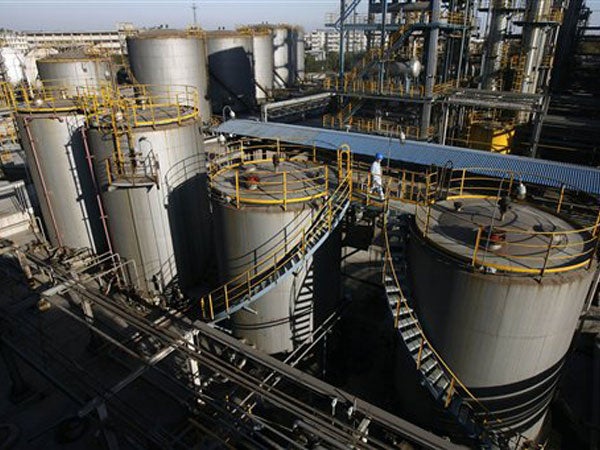 US benchmark West Texas Intermediate for January delivery fell $1.83 to $35.52 a barrel on the New York Mercantile Exchange, its lowest closing price since February 2009.

A weekly petroleum inventory report from the US Department of Energy showed that crude supplies rose by 4.8 million barrels in the week ending December 11.

The report also showed higher levels of gasoline and distillate fuel supplies, as well as a rise in oil stored at Cushing, Oklahoma, a widely watched trading hub.

“In terms of the crude move today it was really a very bearish report,” said Matt Smith, analyst at ClipperData. “There was nothing to provide any sort of buying interest.”

Oil prices have fallen from more than $100 a barrel in July 2014 due to high output from the US and key Middle Eastern oil producers.

Oil also has stayed under pressure from decisions by the Organization of the Petroleum Exporting Countries against enacting output cuts despite falling prices.

As expected, the US Federal Reserve announced Wednesday its first interest rate increase since 2006, raising its near-zero benchmark federal funds rate by a quarter point to 0.25-0.50 percent.

The Fed’s move has been seen as modestly bearish for oil because it will bolster the US greenback, making dollar-denominated oil more expensive in international markets.

Fed Chair Janet Yellen said in a news conference she has been surprised by “the further downward movement in oil prices.”

“Market expectations are for stabilization, and then some gradual upward movement,” she said. “But we are not looking for them to revert back to higher levels that they were at, merely to stabilize.”