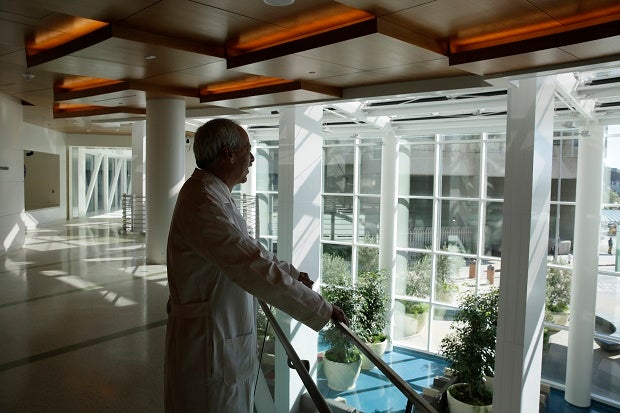 NEW YORK — The huge philanthropic pledge by Facebook CEO Mark Zuckerberg and his wife, totaling perhaps $45 billion, reflects the emergence of a new Gilded Age of giving. The changes excite many in the charity world but also raise questions about effectiveness, ethics and the impact on older charities that may not share in any windfall.

Foremost, there is applause for the new wave of philanthropists, led over the past five years by Bill Gates and Warren Buffett and subsequently joined by Zuckerberg and scores of other billionaires in the United States and abroad.

The Giving Pledge, founded in 2010 by Gates and Buffet, now has 138 billionaire signatories from 15 countries who have pledged to give away more than half of their wealth. Many, including Zuckerberg, want to be personally engaged in the oversight and management of their pledged funds, and are finding nontraditional ways of leveraging them.

Amir Pasic, dean of Indiana University’s Lilly Family School of Philanthropy, drew parallels between these modern-day philanthropists and those from the earlier Gilded Age, roughly a century ago, when the Carnegie, Ford and Rockefeller families pioneered a new type of charitable foundation.

“This new generation also is innovating — they have good reason for worrying that doing things the way they were done before may not succeed,” Pasic said. “They’ve been disrupters in their industries, and they’re looking to be disrupters in some of their philanthropic work.”

READ: New dad Zuckerberg to give away $45-B FB fortune to make better world for children

Pasic drew another parallel between the two Gilded Ages. In both eras, he said, income inequality was a glaring reality that seemed to accentuate the power and responsibilities of the super-rich.

“There’s a recognition that they should work to fix some of those problems,” Pasic said.

Zuckerberg and his wife, Priscilla Chan, detailed their pledge on Tuesday, promising to commit 99 percent of their Facebook stock holdings to fighting disease, improving education and other causes. Their new organization will pursue its goals through a mix of charitable donations, private investment and promotion of government policy reform.

According to Facebook, the new initiative will be organized as a limited liability company, rather than as a nonprofit foundation, potentially giving it the ability to do political lobbying. To some experts on philanthropy, that’s an area of concern.

“With sums of that size, where should we draw the line?” asked Kathleen McCarthy, director of the Center for the Study of Philanthropy at the City University of New York. “What role should the uber-rich have in shaping public policies and public opinion?”

She noted that Virgin Group founder Richard Branson and some other contemporary philanthropists are eager to invest in entrepreneurs and for-profit companies, a trend which she said could blur the boundaries between business and philanthropy.

In the US, the funds that do go to nonprofits are generally accompanied by significant tax benefits. In effect, said professor Ray Madoff of Boston College Law School, this means that the large-scale donors are able to tackle charitable initiatives under their own name with funds that might otherwise have financed government programs.

“We say, ‘Wasn’t Person X very generous,'” Madoff said. “But that person’s investment is actually subsidized up to 60 percent by the rest of us, so there’s a significant public investment in this.”

Another consequence, Madoff said, is a relatively smaller share of charitable gifts in the US going to traditional charities such as United Way and the American Red Cross. The biggest gainers, she said, have been donor-advised funds, which enable donors to make a charitable contribution, immediately receive a tax benefit, and then recommend grants from the fund at any time thereafter.

This trend has raised some concerns, since large sums of money can sit idle in the funds’ accounts for years at a time rather than going to immediate charitable use.

“Why don’t they make the gift directly to the charity, to address a particular need now?” asked Dwight Burlingame, a professor at the Lilly Family School of Philanthropy.

Pasic, the school’s dean, noted that most other countries have less robust charitable sectors than the US and rely more on government funding.

In China, he said, the new wave of billionaires “have nowhere to put their money. There’s not a nonprofit ecosystem that deals with issues like hunger and homelessness.”

While the Giving Pledge has attracted 138 signatures, there remain many billionaires who’ve made no such public commitments.

Zuckerberg and Chan, in announcing their pledge, said potential donors “should not wait to give back.”