INTERCONTINENTAL Manila will close its doors on Dec. 31.

And yet another landmark Makati building will be torn down.

The Intercontinental Manila will close its doors on Dec. 31.

The Zobels will tear down the Leandro Locsin-designed building, according to its statement, to make way for the redevelopment of “Ayala Center Makati, including the construction of an intermodal transport facility.”

The Instagram generation may not be able to relate, but once upon a time, the Intercon was the hotel of choice.

The Jeepney Club was where the country’s most important journalists met during the Martial Law days, forming the 365 Club, with mugs in their names forming part of the collection of the hotel.

Meanwhile, Prince Albert had a reputation for serving the best steak in the country. Rep. Toby Tiangco, one of the regulars, recalls, “Best Prime Rib with best au jus! So perfect!”

Agriculture Undersecretary Berna Romulo Puyat shares the same sentiment though on an even more personal level, saying the family would always eat at the Romulo Room “where you can see pictures of my granduncle Carlos P. Romulo.” “My late husband and I would go on dates there and just order their Angus Prime Rib with Yorkshire pudding, baked potatoes and mango crepe samurai (which they would get from the Jeepney Bar),” she recalls.

Wine connoisseur Tita Trillo calls Prince Albert the epitome of fine dining. “Those were the days of glory. It’s a real fine dining restaurant. Service was excellent and the chefs were great. It was my favorite place to have a real celebration. Billy King was still there!” 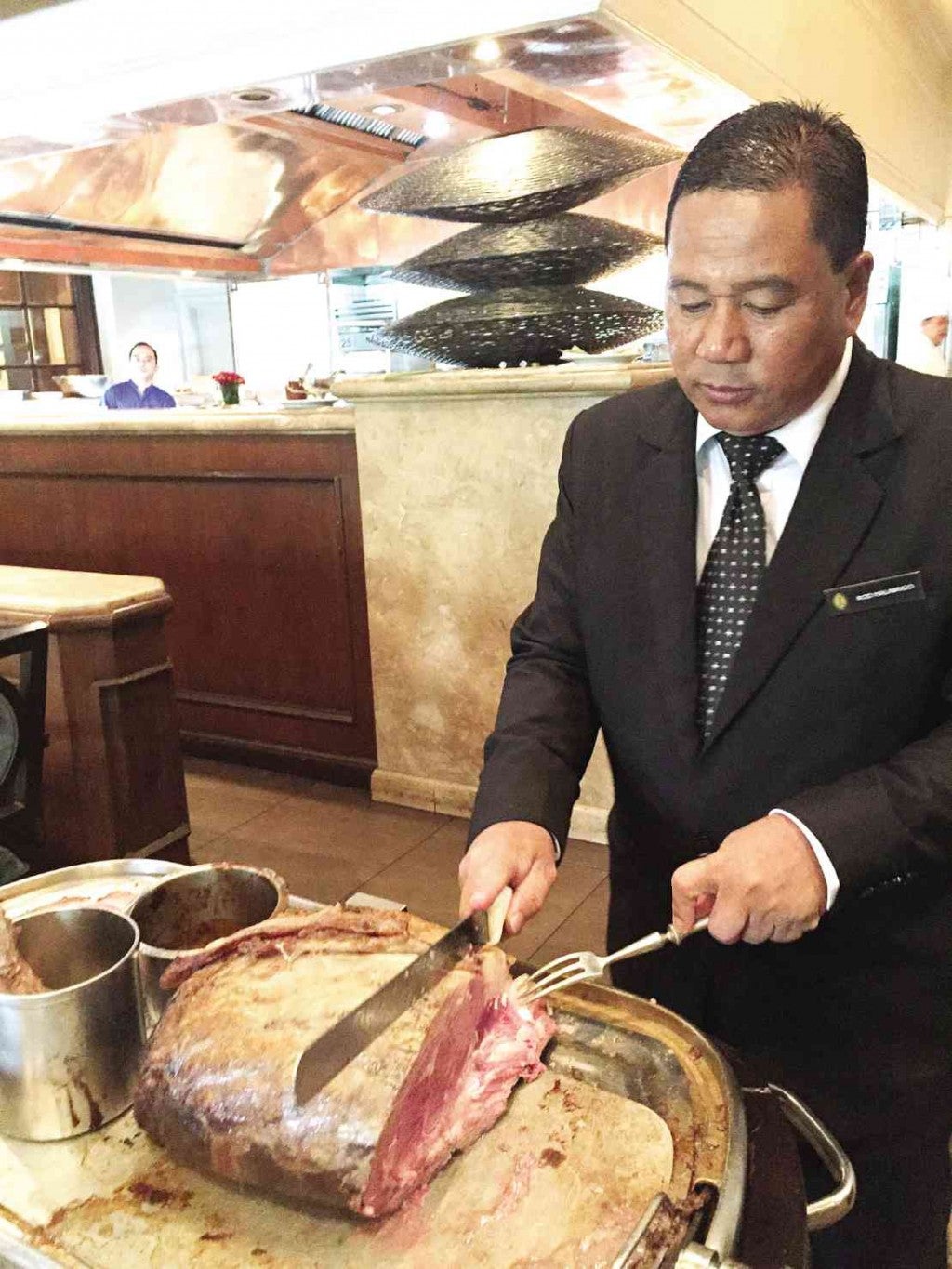 PRINCE Albert Restaurant manager Rod Malabrigo has worked at Intercon for almost 30 years and has celebrated every Christmas and New Year’s Eve at the restaurant.

Billy King was the rock star chef of the ’80s (to my mind, still is, though he is now holed up at The Manor in Camp John Hay in Baguio). He delivered such exceptional French cooking that people mistook him for a Frenchman (he is Irish).

He is to be credited with starting the pan fried goose liver appetizer craze that has now become a staple at practically every fine dining restaurant in Manila.

Later, he made waves again with his truffle menus. And then again, with his soufflés.

He later created the restaurant Le Souffle with two other great chefs of the Intercon: Chef Andreas Katzer and Chef Jessie Sincioco. This was one of food icon Doreen Fernandez’ favorite restaurants, with Sincioco remembering her coming every Saturday morning, sometimes with historian Ambeth Ocampo.

Chef Jessie Sincioco was also an Intercon baby. She started out as a trainee in 1983, under Chef Roland Lutz, a Swiss pastry chef, and she remembers having to separate the egg whites from the egg yolks of 60 trays of eggs, just for the famous mango crepe samurai of the Jeepney Bar. Another fond memory was making the famous life-size 8-foot-tall Gingerbread Houses for Christmas. A photo in this Gingerbread House was a staple for many of us every year. Sincioco was with Intercon until 1990.

In the 2000s, a new generation of chefs took over at the Intercon led by French Chef Cyrille Soenen. Soenen introduced his own menu at Prince Albert and gave it his own flavor.

The International Wine and Food Society (IWFS) Manila Ladies Branch has poignant memories of Prince Albert under Soenen, who gave a real personal touch for dessert at one of their events. Recalls historian and IWFS founding chair and president Felice Sta. Maria, “In 2002, the Manila Ladies Branch of the International Wine and Food Society celebrated the end of its first year with a dinner arranged by the Branch’s Founding Archivist Micky Fenix. It was November and the theme was a French dinner designed by Chef Cyrille Soenen. Dessert was a French cake, perfectly timed to celebrate the birthday of (food writer) CJ Juntereal who is current Manila Ladies President. Cyrille led the singing of the birthday song. But because we had calvados as the closing spirit of the meal, Cyrille insisted we sing a funny song that goes with the calvados.” The song, Soenen recalls, is L’Amis Leve Ton Verre, a song that made Sta. Maria and the other ladies blush! 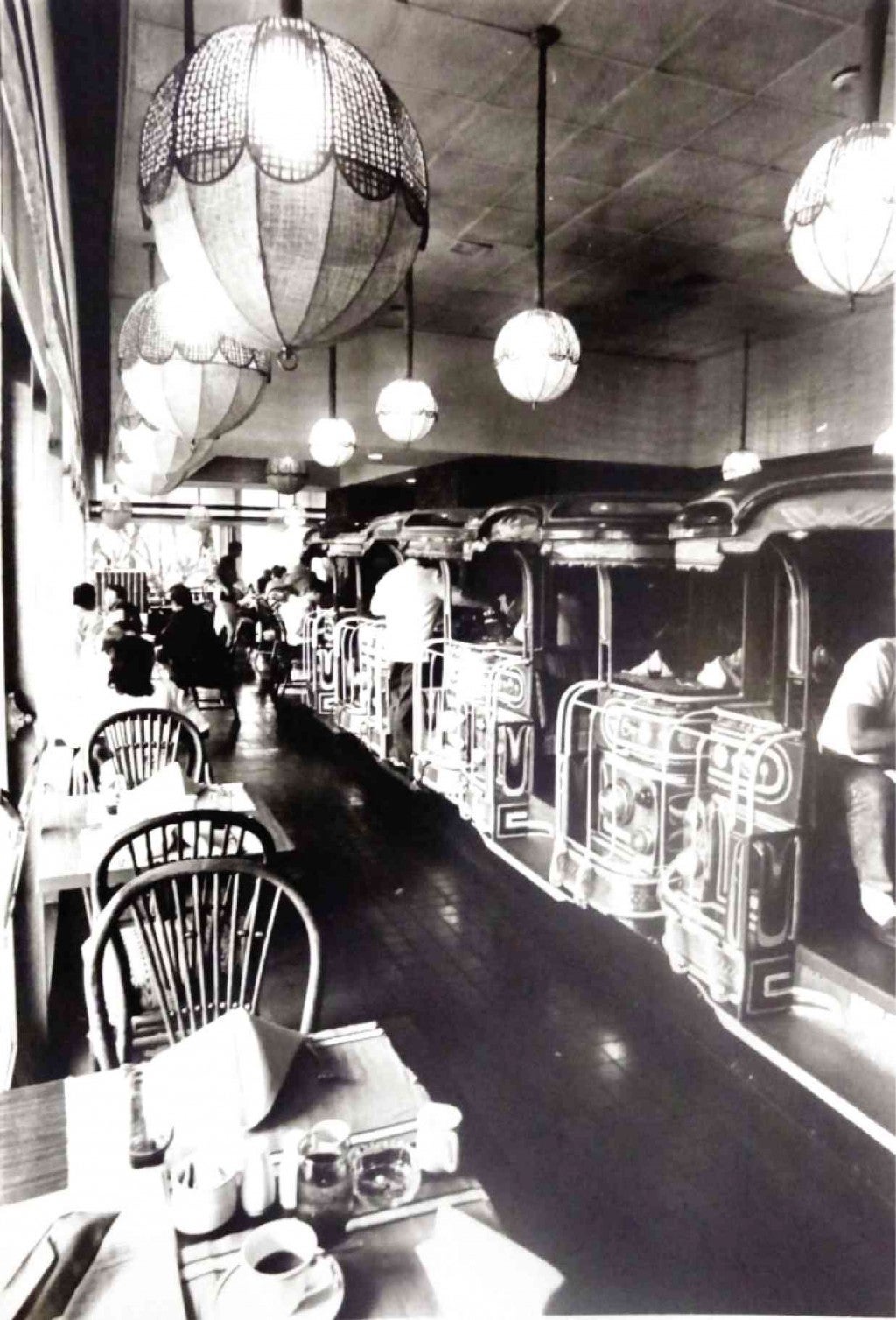 It was also during Soenen’s leadership at the Intercon that the first Filipino-French fusion event happened with Claude Tayag. Tayag at the time was better known as an artist, but after fellow artist and gourmet Larry Cruz made him cook at Ang Hang, he quickly gained reputation as a great cook. At this great exchange of cuisines, Soenen and Tayag served kare-kare but with seafood, kaldereta but with lamb shank, and lumpia but with foie gras inside! “And it was fried in butter!” Tayag recalls. It was a real first in the Philippine culinary scene.

Those were the days.

But the person who will probably miss Prince Albert the most is Rod Malabrigo, who has been the restaurant’s manager for almost 30 years now. Regulars at Prince Albert have already become Malabrigo’s personal friends. Usec Berna admits, “I will miss their restaurant manager who has worked there for the past 28 years! It’s amazing how he remembers his customers, the last time you ate there, and what you ordered! Very rare [nowadays] to have people like him.”

Malabrigo, for his part, remembers his regulars. He refused to name them at first but after much pressing, he confessed to especially appreciating the presence of tycoon Ramon Ang and actress Sharon Cuneta.

King, meanwhile, remembers the late President Cory Aquino, whom Intercon catered for in Malacañang. “She would correct my French,” he laughs.

Prince Albert was once the leader for innovations in fine dining. “It was a good place to experiment because we were given a chance to try new things and we were working with a very wonderful bunch of professional people at the time. It gave me the confidence to go out and helped bring me to where I am today. It was a really influential part of my career,” King says.

King not only made Prince Albert the place for foie gras but also made it known for the rack of lamb, sweet breads, lamb brain, veal kidneys. “We had a big gourmet community in those days, those who were well-traveled and really knew what they were eating,” King recalls. Among them were the Romulos and the Zuelligs.

Prince Albert will bring back Billy King for a one-night only dinner on Dec. 9 where he will cook some of these old favorites. Chef Jessie Sincioco will do a special menu on Dec. 8 while Chef Cyrille Soenen will do an avant-garde French menu on Dec. 16.

Prince Albert, the Jeepney Bar, those Easter Eggs and Christmas Gingerbread Houses will truly be missed!