In 2014, Davao surpassed Cebu in one key measure 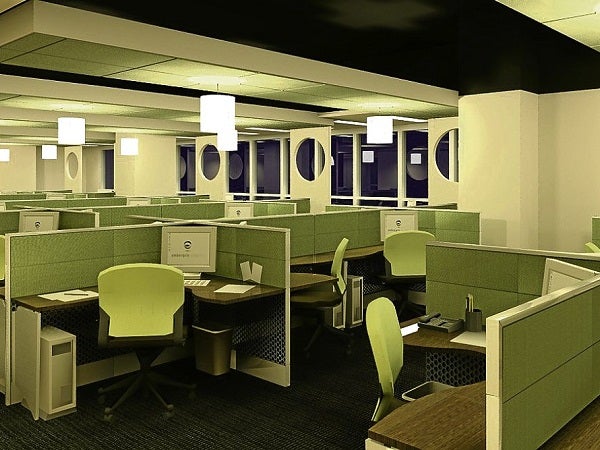 DAVAO CITY—An hour or two after midnight, the once obscure and dead-end street of Jose Abad Santos suddenly comes alive: Workers on the graveyard shift stream out of the Sutherland building and into the sari-sari stores lining the sodium-lighted street. They are on their “lunch break.”

Sutherland sits on a corner lot near where Jose Abad Santos meets Jacinto Extension on the side of the Central Bank—the street which, in its turn, crosses the busier Quirino street, where Sutherland opens its imposing façade on the other side.

The US-based outsourcing company was among the first international call centers to move to Davao City at a time most call centers still operated in Metro Manila and perhaps in Cebu, recalls Lizabel Holganza, the immediate past president of the National ICT Confederation of the Philippines. Soon, other international outsourcing firms followed.

Yet, Holganza says, even before the company put up its building in 2010, there were already other Business Process Outsourcing (BPO) firms operating in Davao City in the 2000s. The industry was still too young, however, that those small facilities were known by a totally different name.

“We still were not very familiar with BPOs at that time,” says Holganza, now the vice president of ICT Davao Inc. “We used to call them only as encoding, or data processing, when they were actually transcription. But it was already the beginning.”

David Leechiu, country head and international director of leading real estate firm Jones Lang Lasalle and Leechiu (JLL), said it was only the year previous, in 2013, that Davao gained acceptance as a viable location for BPOs. Within a year’s time, Davao had already surpassed even Cebu.

This makes Davao City the hub of the outsourcing sector in Mindanao, in the same way Cebu is in the Visayas, Leechiu said at a BPO developers forum.

“Being the recipient of the biggest BPO demand means that Davao has already been attracting many locators who prefer to put up their BPO operations here,” says Holganza. “It’s surprising because it never appeared in the papers.”

In Holganza’s view, Davao’s BPO landscape has changed much through the years. From the days when the industry offered mere encoding and data processing services in the early 2000s, the industry now covers the whole range of other BPO services: from customer servicing done by contact centers, making up 60 to 70 per cent of Davao’s BPO operators; to software development, data documentation, medical transcription, animation, and visual graphics, making up 30 per cent.

Other forms of services, such as financial outsourcing and technical support, such as that of a network administrator, are also beginning to emerge in Davao.

BPOs are also changing the city’s skyline as more new IT facilities sprout in Davao, catering to BPO locators, says lawyer Samuel Matunog, president of ICT Davao Inc. In fact, most of the new buildings rising in Davao are partly targeting BPOs, ranging from the newly built Felcris Centrale on Quimpo Boulevard, the Matina IT Park and the Matina Town Square BPO facility in the South; to the Lanang Business Park, SM Lanang, and Damosa IT Park, which is preparing to expand, in the north.

Genny Innocencio-Marcial, the executive director for external affairs and membership of the IT and Business Process Association of the Philippines (IBPAP), regards the prevailing low rental rates in the city and the presence of IT Parks accredited by the Philippine Export Zone Authority (Peza) right in its heart as among the advantages that boost Davao City’s competitiveness as a BPO location.

The Peza-accredited IT facilities include the SM City Davao IT Center, the HAI Global Building, the Abreeza Corporate Center, Robinson’s Cybergate Center, the IT Building 3 of the Topaz Tower and the Matina IT Park.

“The greatest consideration [of BPO locators] beyond the [salary rate of workers] is how big is the talent pool,” Holganza says.

Leechiu confirms this in a separate interview. “Although the relatively low power cost in Mindanao is a big savings for BPO companies, they do not come here because of the power savings,” Leechiu says. “They come here for the labor.”

Matunog says that even in the software development sector alone, the quality of Davao’s IT talent remains unmatched, some of them even figuring in Philippine start-up challenge competitions in 2014, and other mobile app competitions, such as Sweep and Idea Space.

“We’re winning in most competitions,” Matunog says. “Our talent is very competitive. Our only problem is that we are not graduating enough.”

Matunog explains that because of the government’s moratorium on IT and nursing courses, schools cannot graduate more than 1,000 (IT and nursing students) each year.

“But once the moratorium is lifted, we expect we can go beyond 1,000 graduates a year,” he says.

“Yet, each course takes four years, so, the earliest we can realize this will be in another three years,” he adds.

But Leechiu says there was something about Davao that other BPO companies may not be able to find in other areas in the country competing for the BPO investment market. Even if Davao City has a population base of only two million—in contrast, Cebu has three million—BPO companies can easily access another population base of two million in just a three-hour drive from the city.

“You can tap two million, three or four million easily by car, which means, it’s a lot easier to have a labor catchment here in Davao than in Cebu, where a prospective call center worker will have to travel from one island to another, to reach Cebu.”

“The wide access to labor in other areas of Mindanao makes Davao attractive for BPO locators,” Leechiu says, “And that is at a cheap cost because I imagine taking a bus ride an hour away is cheaper than taking a ferry from Dumaguete to Cebu.”

He also notes that many BPO companies are coming to Davao after they have overcome concerns about security, happy with the way Davao City Mayor Rodrigo Duterte has enforced the law and established Davao as one of the safest cities in the world. Germelina Lacorte, Inquirer Mindanao