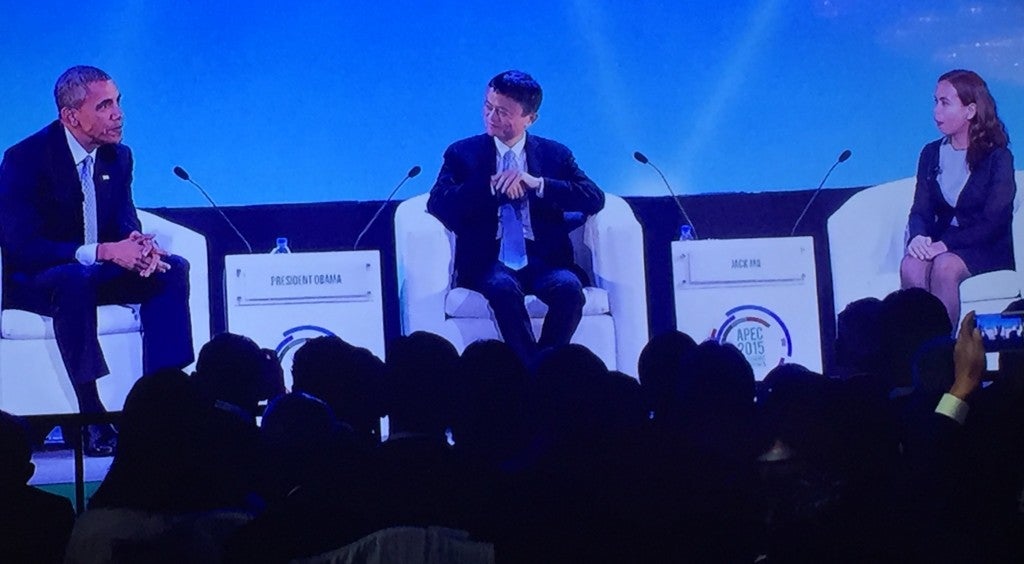 A Filipina who co-founded Sustainable Alternative Lighting (SALT), a company that makes innovative lamps powered by saltwater, was thrust into the global limelight at the Asia Pacific Economic Cooperation CEO Summit on Wednesday as a great example of a young entrepreneur using technology to solve everyday problems.

Aisa Mijeno, an engineer and environmental advocate, thought of making the saltwater-powered lamps after living with the natives of the Butbut tribe in Kalinga who relied only on kerosene lamps and moonlight to do evening chores. The main inspiration to come up with this lighting application was when she learned that because of scarce transportation in this community, people had to walk down the mountain six hours every other day just to get kerosene for their lamps.

Obama – who pitched for greater global action to counter climate change – said he had brought one “young new entrepreneur” (Mijano) and another “young at heart but not as young large entrepreneur” (Ma) to compare notes on “why they see this (green solution) as an opportunity and why they think it makes good business as well as good environmental sense and how we collectively could be more supportive and encouraging of the kind of innovation that they represent.”

Mijeno, the CEO of SALT, was cited as a fine example of “young entrepreneurs coming out with leapfrog technologies.”

Asked by Obama what else SALT needed to scale up operations, Mijeno cited young entrepreneurs’ need for support system, mentorship as well as new funding to mass produce the lamps. “That’s our main challenge right now. We’re on a critical phase. We’re trying to mass-produce the lamp so we’re just looking for someone to fund us,” Mijano said, eliciting a mix of laughter and applause from the crowd, some of whom thought it was a pitch to the big philanthropist who was seated just beside her. Obama said in jest he was just like a matchmaker.

SALT’s lamp uses saline solution or even ocean water and can operate for about eight hours for lighting or cellphone charging.

“Our main advocacy is we wanted to address the light inequality gap, first in the Philippines by focusing on the people at the bottom of the pyramid because it comprises 15-20 percent of the country’s population,” Mijano said.

“Most of these families live on island communities and they are not connected to power grids and they mainly use kerosene and fuel-based lamp as the main source of lighting and we know the danger that kerosene poses,” she said noting that these traditional lamps could cause fire accidents and emit more carbon.

Selling for $20 apiece, SALT’s lamps are envisioned to provide these marginalized people with “cost-effective and environmental-friendly” lighting. The lamp uses a saline solution or ocean water as a means to generate electricity, powering LED and a USB port where people can charge mobile devices like your phones. Having such an alternative source fuel in turn is seen very essential during emergencies and especially during disaster scenarios, she noted.

Explaining the science behind the lamp, Mijano said this was the conversion of chemical reaction to energy. The lamp has a consumable component that must be changed every six months at a cost of $3, which means that it will cost $6 annually to maintain the lamp. Obama noted that the user, in turn, would save on the cost of kerosene.

Mijeno is currently a faculty member of Engineering at De La Salle University-Lipa. She travels to promote environmental campaigns as a member of Greenpeace Philippines. Her interests range from astronomy and classical music to embedded systems and electrochemistry. She co-founded SALT with her brother Raphael, who now acts as chief finance officer.

At the APEC CEO Summit, Obama called on political leaders and the private sector to address the issue of climate change and support an ambitious agreement during the upcoming Climate Change Summit in Paris to encourage more investors to get into clean energy. 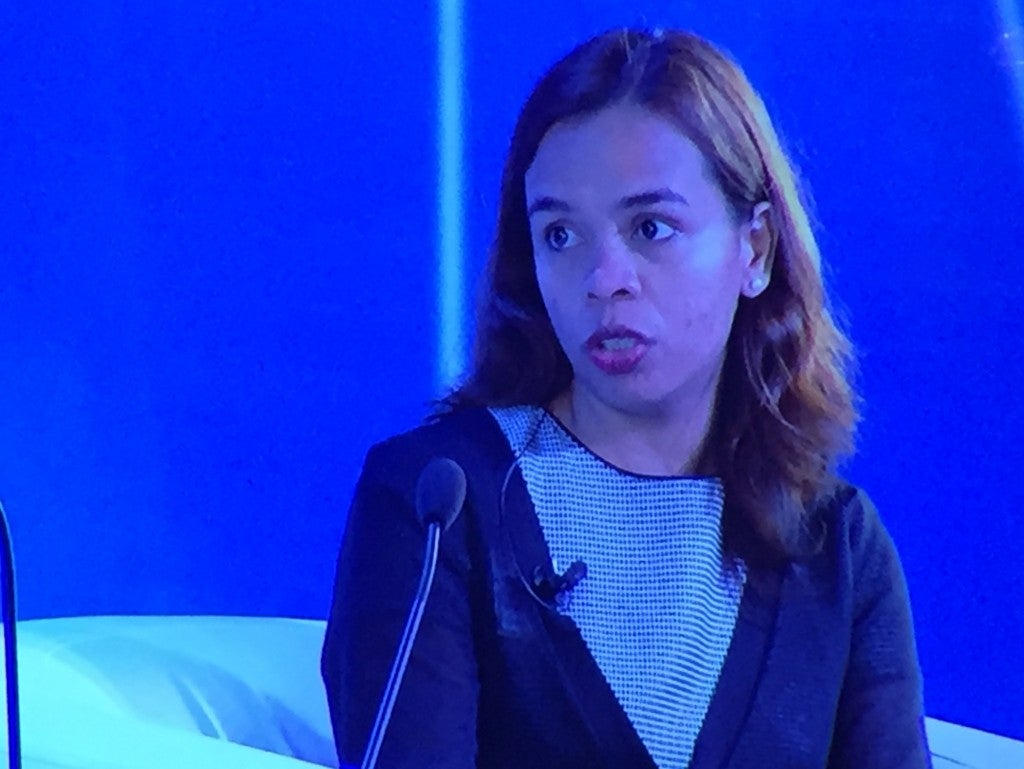 Obama: We have rock solid commitment to defense of PH

‘Not caring about climate change is inhuman’