Ann Marbella: No stress, ‘life in the province is good’ 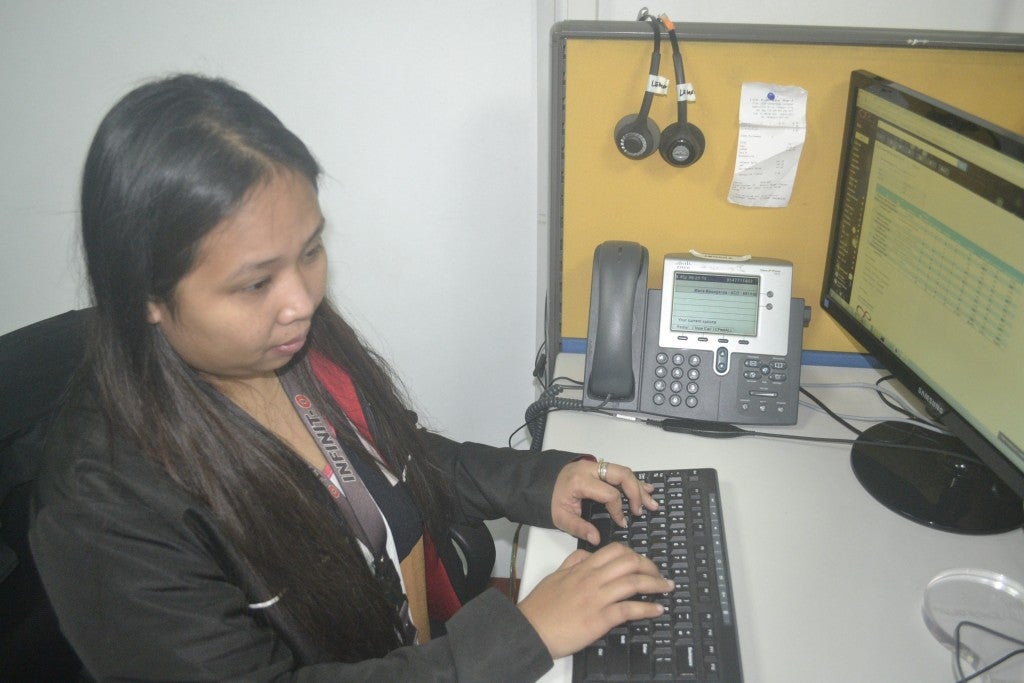 For Ann G. Marbella, returning to Albay and opting for lower pay as a call center agent was the wisest decision she ever made.

Five years after her return, Marbella, now 35, is ready to embark on a new life both in her personal and professional life.

Marbella is a senior call center agent and has recently married her high school boyfriend.

Marbella, who works for Infinit O, tied the knot last February with Mark Lester Marbella, also a call center agent, after they realized they were now prepared to meet the challenges of a married life.

“We waited for the right time to settle down … until both of us are emotionally, spiritually and financially stable, ” Ann says.

Ann, a Bachelor’s Degree in Tourism graduate of the Saint Thomas Aquinas University of Legazpi in 2003, started her career in the call center business in 2004, after finding it difficult to land a good job in the tourism-related sector.

She was employed by Bayantel, a telecommunication company, right after college and worked for the company for two years.

Looking for greener pastures and attracted by the prospect of a career in the BPO industry as a call center agent, Marbella underwent training at Southern Luzon Technology, a computer and call center school in the same city. She was part of the “Wave 10” batch that finished the course with merit.

Soon after the training in 2007, she transferred to Makati City and joined Advance Contact Solution, a BPO call center firm, and earned around P20,000 a month, including overtime pay.

But while she was enjoying a salary higher than what she had received in Albay, she felt that her life revolved only between her rented room and her workplace. “Doon lang umiikot ang aking mundo (My world only revolved around that), ” she recalls.

Alone in Makati, she was getting lonelier and missing family and friends more. She found herself frequenting churches and praying for guidance.

To relieve her homesickness, she learned to smoke and to drink beer. She also frequented a famous and pricey coffee shop to “hang out” with other call center employees. These off-work stress relievers often happened when she was working on the so-called graveyard shift (from 10 pm to 6 am).

But the lifestyle also drained her of most of her income. “I had no savings,” she says.

It was this predicament that made Ann decide to return to Legazpi in 2010.

Equipped with her three-year Makati experience, she joined Nolino BPO, receiving a monthly pay of P7,000.

While the salary was way below her Makati rate, Marbella said she was happier and was even able to start saving for her future.

“Masarap ang buhay sa probinsya. Walang stress at marami ka pang kaibigan (Life in the province is good. There’s no stress and you have many friends).”

Over five years, as their incomes grew, Ann and Mark Lester were able to save enough to build their home adjacent to her parents’ house in Barangay Bitano in the city.

Her life as a call center agent often went beyond her working hours, when she was still with Nolino BPO, because she also had a part-time job at Mark Lester’s company, where she received P5,000 a week. At that time, Ann assisted the company in growing from a 3-man to a 15-person company offering health care, scheduler, and accounting services.