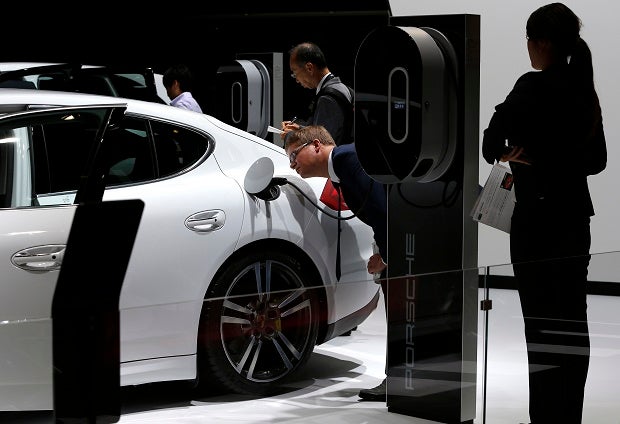 A visitor looks at Porsche Panamera S e-hybrid during the media preview of the Tokyo Motor Show in Tokyo Wednesday, Oct. 28, 2015. AP Photo

BERLIN, Germany—Porsche said on Friday it would recall close to 60,000 vehicles worldwide due to risks of engine leaks.

The luxury arm of beleaguered auto giant Volkswagen said the recall would apply to its Macan S and Macan Turbo models, which could be prone to leaks in a low-pressure fuel line in the engine compartment.

“This is a purely precautionary measure, as there have been no reports of accidents or injuries as a result of this concern,” Porsche said in a statement.

Owners of the affected vehicles will be contacted by local dealers, who will perform the estimated one-hour repair.

Porsche’s mother company Volkswagen on Wednesday booked its first quarterly loss in more than 15 years in the wake of the global pollution-cheating scandal.

The German carmaker is facing probes in several countries after admitting it fitted 11 million diesel vehicles with software to cheat emissions tests.