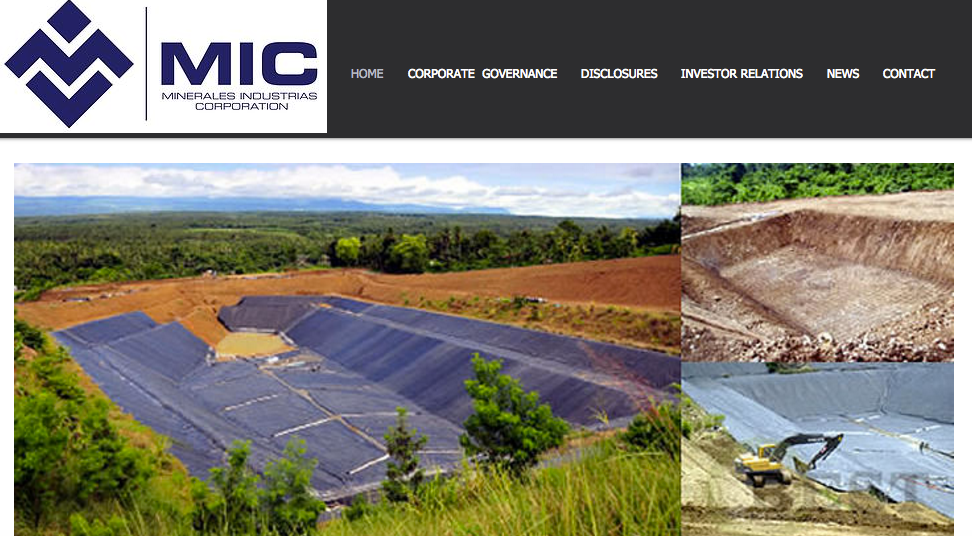 Shareholders of Minerales Industrias Corp. (MIC), a company originally incorporated as a diversified holding company, has approved the change in corporate name to IPM Holdings, Inc.  IPM is a household name for solid waste collection services in Manila.  “The change in name was made to reflect the ownership structure,” said Dwight Ramos, vice president of the IPM Group of Companies during the firm’s special stockholders’ meeting on Oct. 21, 2015.  In 2013, IPM — a major player in the construction industry and operator of the Payatas landfill — entered the stock market via backdoor listing, through MIC.  The IPM group purchased 500 million new shares at P1 per share, taken from MIC’s increased authorized capital to 740 million shares from 240 million shares previously.  Thus, IPM Construction and Development Corp., IPM Environmental Services, Inc. and IPM Realty and Development Corp. infused P350 million, P100 million and P50 million to MIC, respectively.  To date, the Group owns a controlling stake in Basic Environment Systems Technologies, Inc. (BEST), which is engaged in contracting and consulting business for waste management, public cleansing, sanitation and general hygiene to provide a growth stream of revenues and income.  During the shareholders’ meeting on Oct. 21, Ramos said the company is focused on growing its business of solid waste management and establishing additional facilities for the processing and conversation of solid waste into alternative fuel for the cement and power generation facilities.  Furthermore, the company is also tapping specialized waste handling and disposal requirements of various industrial zones across the country to provide integrated waste solutions.  “IPM is known as the solid waste collector for Manila, Quezon City, Pasig, Pasay, Cagayan de Oro and quite recently, we won the bid for Food Terminal Inc. Starting next year, we will service FTI,” Ramos said.  FTI in Taguig is an agroindustrial complex and is one of the largest industrial complexes in Metro Manila. It is currently home to more than 300 companies.  Ramos said the company would continue to expand and seek more private and government contracts.  Moving forward, the company will be eyeing cement factories to supply refuse derived fuel or RDF.  “We are now talking with Aboitiz and Eagle Cement for the use of our RDF,” he said.  RDF or fuel derived from waste can be used by cement factories and power plants to replace coal as their main raw material.  “Cement factories are allowed to replace 40 percent of their coal (requirements) with alternative fuel. At present, they are only replacing 10 percent so they need more. They want us to do more,” Ramos said.  The global practice of cement factories worldwide is the use of 100 percent alternative fuel.  Furthermore, IPM is also in talks with coal-fired power plants to supply RDF instead of coal, he disclosed.  At present, IPM, through BEST, owns and operates the country’s largest RDF facility along with Lafarge Industrial Ecology International, which aims to address serious concerns on solid waste and its disposal in Pasig City.  The RDF facility is capable of processing about 600 tons of trash per day, almost equivalent to the city’s daily trash collection. According to IPM, the facility runs by mechanically segregating waste and selecting garbage with high thermal value.  About 25 to 35 percent of the processed waste becomes alternative fuel while the remaining organic wastes are safely transferred to sanitary landfills.  The company’s net income grew to P61 million in 2014 from P42 million in 2013.