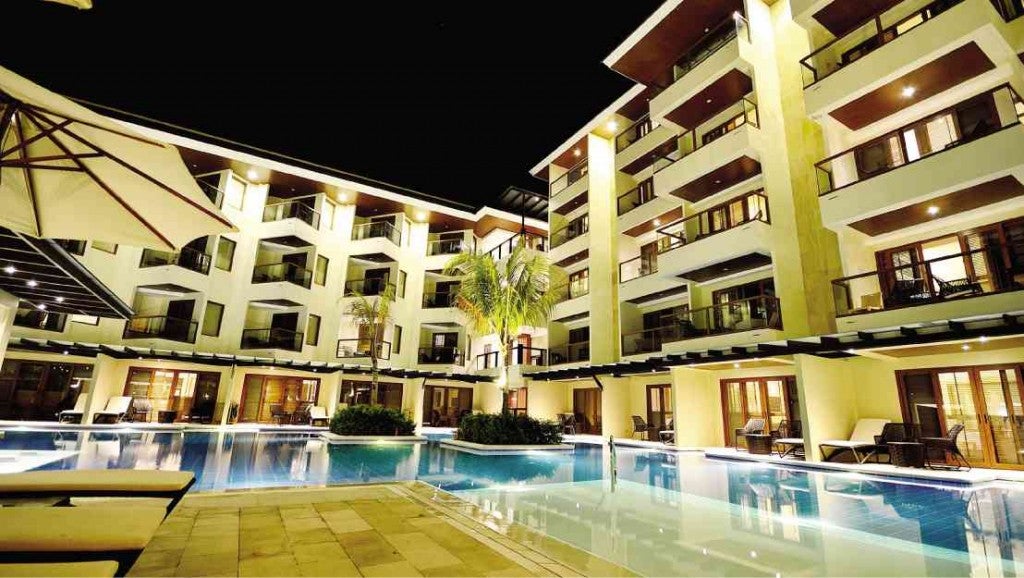 THE COUNTRY’S dynamic developer of resorts known for its world-class accommodations located in Bohol, Boracay and Palawan formally opened with a big bash on Aug. 22 Henann Resort Alona Beach at Panglao Island in Bohol. The 400-room resort, the largest in the province, is the centerpiece project of the Henann Group of Resorts.

For the big event, the famous resort developer prepared a festive celebration, the grandest that ever happened in Bohol. Cocktails at the poolside preceded the inauguration of the resort.

The blessing of both the resort and the convention center was officiated by Bishop Leonardo Medroso, DD.

A ceremonial toast happened after the ribbon-cutting rite for the resort. Another one was done during the program inside the convention center.

After the blessing, the guests were ushered in the convention center where they experienced the hospitality Henann is known for. They wined and dined aside from being entertained by musical renditions and dance routines. Guests and hosts danced the night away. The lucky ones left the hall with vacation packages that were raffled off as prizes.

Earlier in the day, media guests were treated to a provincial countryside tour that included Carmen town where they appreciated the breathtaking view of the famous Chocolate Hills; and the Tarsier Conservation Area where inhouse guides ushered guests to some wooded area where they took pictures of the earth’s smallest primates.

The day before, AirAsia—the world’s best low-cost carrier for seven consecutive years—unveiled its latest aircraft livery with the distinctive logo of Henann Group of Resorts emblazoned in vibrant blue on both sides of the plane. This is an effort to promote the luxury hotel resort chain and further boost the country’s travel and tourism.

The Henann plane was inaugurated at the Ninoy Aquino International Airport Terminal 4 with snacks and drinks served to guests. AirAsia Philippines CEO Joy Cañeba and Chusuey took turns in welcoming them. The partnership between AirAsia and Henann is anchored on a shared commitment to deliver value and the best quality service.

An all-female crew manned the AirAsia flight to Bohol carrying the host family, the guests and members of the media. Capt. Gisela Bendong flew the Henann plane with first officer Andrea Maria Halagueña as her copilot. Four stewardess attended to the needs of passengers during the flight. 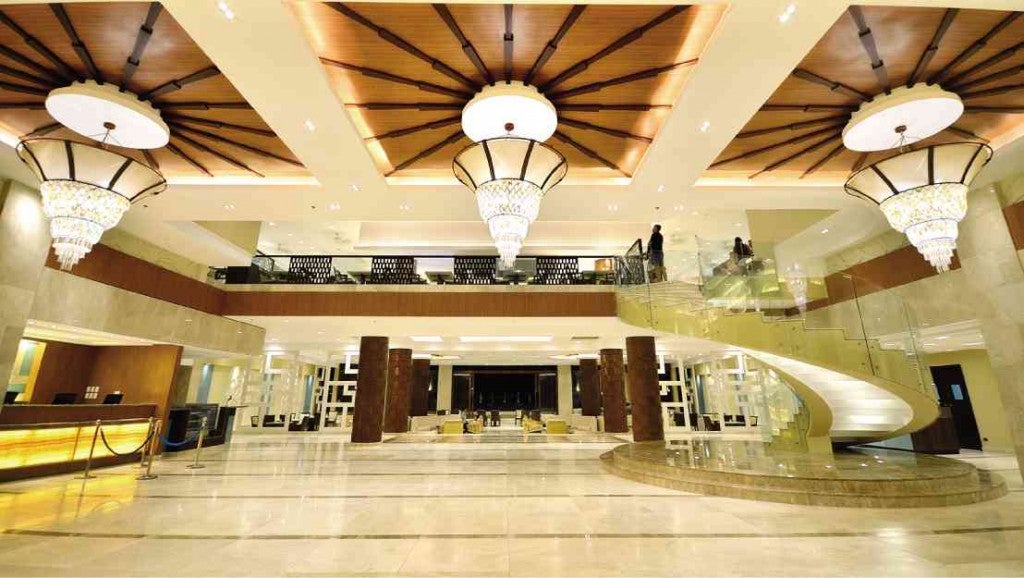 THE GRAND lobby of the resort

Firefighters used cannons to shoot water into the air, creating a liquid archway that the Henann plane taxied through. This was how the aircraft was honored by a water cannon salute.

Upon arrival at the Tagbilaran airport, lovely ladies and a couple of men welcomed the Henann guests with seashell and wooden leis while young lads and lasses entertained them with native dances.

The guests were treated to a sumptuous lunch upon arrival at the resort. During the welcome cocktails, they were amazed by fire dance performers who came in pairs or in triads. Their precise stunts were really mesmerizing. The more seasoned fire dancers elicited participation from viewers who dared to experience upclose the fire spectacle. The entertainment for the night was capped by a festive buffet dinner.

What a way to celebrate the formal inauguration of the Henann resort and convention center!