US stocks end flat ahead of jobs report 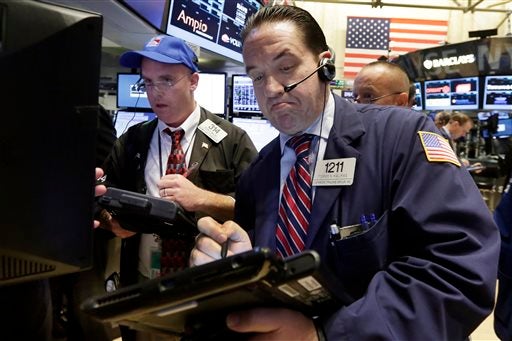 Stocks spent much of the day in the red, but the S&P 500 and Nasdaq managed to push back into positive territory late in the session.

A reading on US manufacturing activity showed near-flat activity in September, while construction spending rose to a seven-year high in August.

Analysts expect Friday’s jobs report will show the US economy added 205,000 jobs in September and the unemployment rate was unchanged at 5.1 percent, a seven-year low.

Food giant ConAgra added 1 percent on news it will cut 1,500 jobs and relocate its headquarters from Omaha, Nebraska, to Chicago.

The flat session on Wall Street came a day after the stock markets closed a dismal third quarter on Wednesday, with the S&P 500 losing 6.9 percent to register its worst three-month stretch in four years.

Bond prices were unchanged from Wednesday. The yield on the 10-year US Treasury was 2.04 percent, while the 30-year was at 2.86 percent. Bond prices and yields move inversely.