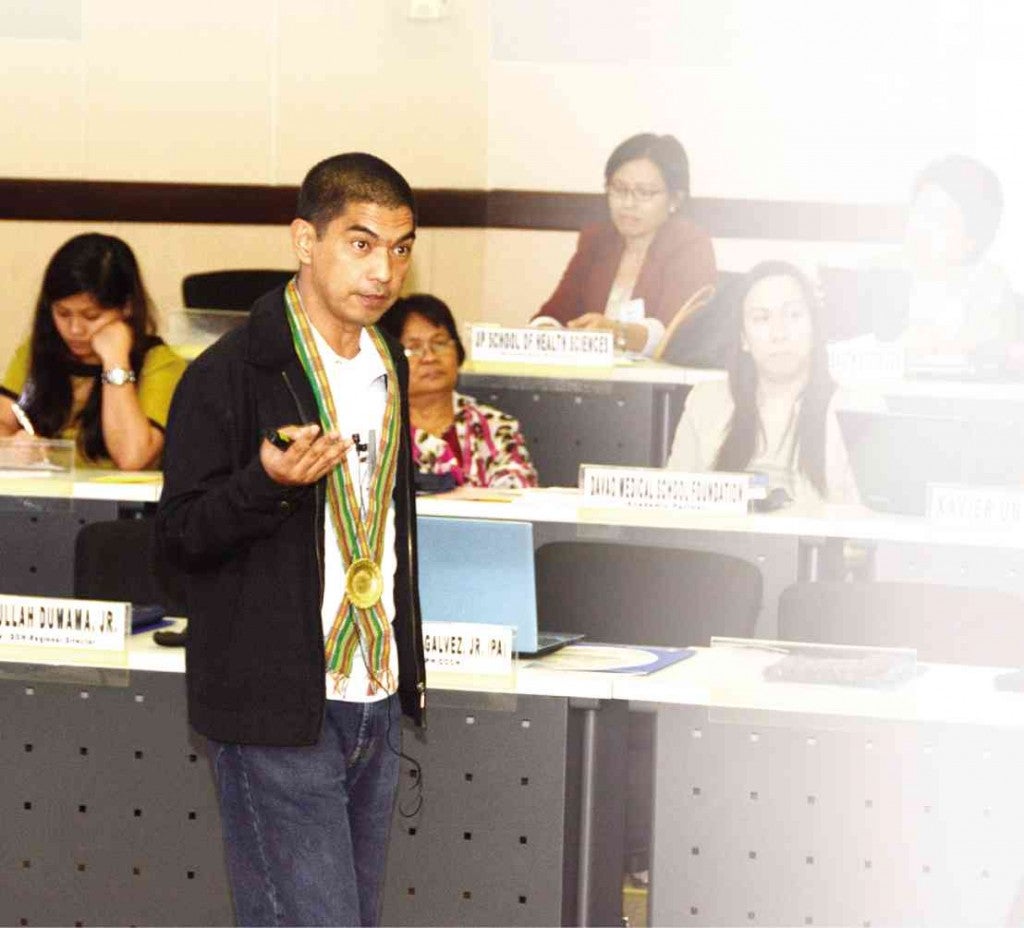 They were once prominent politicians, with vast resources at their disposal. Today, these two former elected officials are the ones looking for resources to help bring progress to a troubled province.

Former Sarangani Governor Miguel Dominguez and Anak Mindanao Rep. Ariel Hernandez would rather work on the sidelines these days, knowing full well they are now in a better position to help a war-torn province reclaim its lost glory.

Both are Eisenhower Fellows who joined an international leadership exchange program developed in honor of Dwight Eisenhower, the 34th US president and celebrated World War II hero. According to its website, the Eisenhower Fellowship “exists to inspire leaders around the world to challenge themselves, to think beyond their scope, to engage others, including outside of their current networks and to leverage their own talents to better the world around them.”

“The Eisenhower Fellowship was able to teach me not only to become a better leader, but also to keep in mind that it’s more powerful to work with other better leaders who have full understanding of the complex issues of inequality, underdevelopment and even peace, and to jointly share resources to be part of the durable solution,” says Hernandez, who heads Balay Mindanaw-International Center for Peace in Mindanao.

Hernandez says the government alone cannot solve the problems of the nation. He says an active citizenry must “own” these issues and work for solutions.

Dominguez, the second youngest governor to be elected in Sarangani and now an established businessman, agrees. “I’ve been governor for nine years. There’s absolutely no way government can solve this. An active citizenry should ensure institutions on the ground can function.”

It was due to this mindset that the Eisenhower fellows came together in 2013 to begin laying the groundwork for the Basilan Development Program. The program aims to develop the potential of the 12 municipalities of Basilan by changing the perspectives of both the local government and residents on education, health, youth development, and peace and order.

Why the Autonomous Region in Muslim Mindanao (ARMM)? The National Capital Region’s (NCR) economy remained the most vibrant in the Philippines. In terms of its share to the national gross domestic product, NCR contributes 2.6 percentage points while ARMM accounts for only 0.01 percentage point, as of the latest official data.

“You think you can do your little microfinancing or small projects there, but at the end of the day, I don’t think those can come up to any kind of industry that can be competitive and that can really raise the standards of living,” Dominguez says.

Hernandez says it was hard pitching the idea of rolling out the project in ARMM where “nobody wants or dares to go.” It also did not help that Basilan, the focal point of the project, is known as an Abu Sayyaf lair. 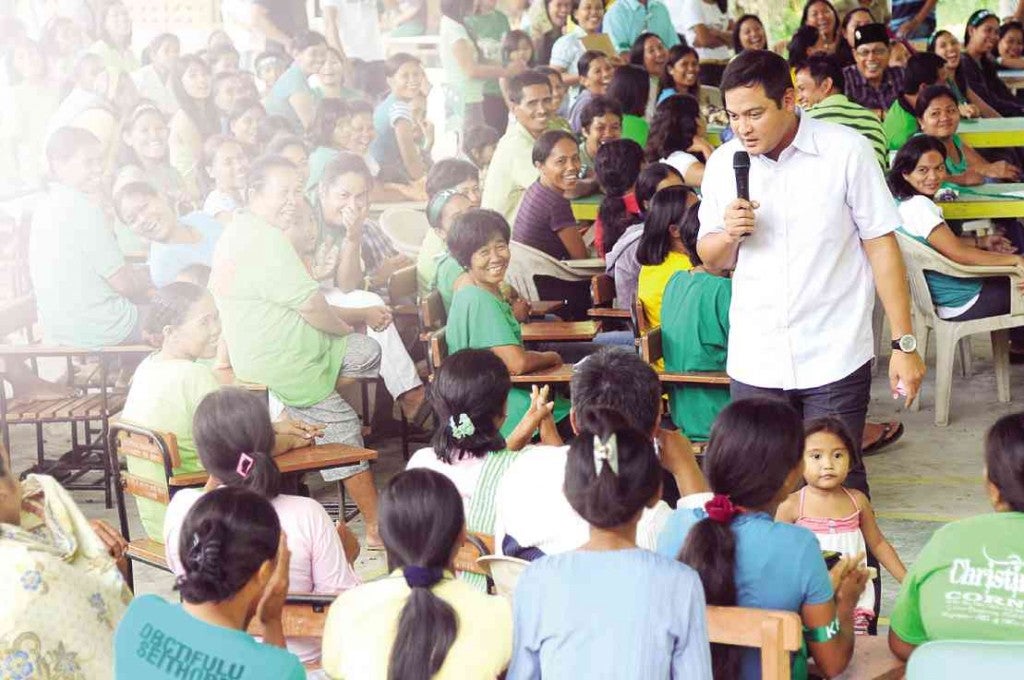 Dominguez says he himself had not set foot on Basilan at that time. “Why the hell would I go to that godforsaken place, but now, let’s give it a chance.”

Another problem then was that the Eisenhower fellows only had $25,000 for seed money.

But they were persistent, and they knew there was something they could do.

“It was time to bring in the real, hard investments [but] outside of the government [coffers]. It was quite timely that we entered this dream or ambition to make a different influence on how things are happening. So as early as 2012, we called our networks, our friends and businessmen,” he says.

The biggest credit goes to one of the country’s most influential philanthropist, Jaime Augusto Zobel de Ayala, who also happens to be the honorary chair of the Eisenhower Fellows Association of the Philippines (Efap).

“Without Jaza (Zobel’s initials), who would believe us?” Dominguez says. Hernandez agrees, saying “when you talk to him, he’s very [determined]. He told us,  ‘let’s do everything we can to contribute’.”

ARMM Governor Mujiv Hataman, who also became an Eisenhower fellow around the same time, was the key person who allowed the team to touch base with the residents.

Hernandez says the Basilan Development Program, which is part of Efap’s Consequential Outcome Program, is a capacity-building measure. In contrast to the programs bordering on charity developed by multilateral institutions, its aim was to put a human face on the process, he says.

“We are not paratroopers here, we are not messiahs. If you have the money, you just fly your helicopter there and then pull out when the work is done. That’s not us,” he says.

Significant changes have emerged since the Eisenhower fellows began work in Basilan. Out of the 12 municipalities, four already have working rural health facilities accredited by the Philippine Health Insurance Corp.

Health awareness also meant less maternal deaths. Previously in Akbar, an average of 60 mothers died each year because of pregnancy complications and lack of health facilities. He said the number has gone down to zero, thanks to a system that allows easier referrals between clinic and hospital.

Mothers are now going to doctors and health experts, rather than to the local “hilot” midwife. The local hilots are not without jobs, however. “If you bring a mother to the clinic or hospital, you receive a P500 incentive,” Hernandez says.

The youth is also a big part of the program, specifically in the promotion of peace and order.

“This is very important, because as it is right now, the leadership in the 12 municipalities of Basilan is really into traditional politics, the warlord types. If you don’t build a new breed of leaders, this will continue for the next 50 years,” Hernandez says.

Youth leaders and representatives have been designated per municipality. Each one has his or her own project. “One thought of  ‘Born Free’, which allows mothers to give birth without spending a single centavo. Another thought of ‘Peace Education,’ a means to ending ‘rido’ (family vendetta wars),” he says.

Hernandez, who grew up in Guingoon seeing many dead bodies lined up on the ground, says the issue of peace and order in Basilan is a complex one. “Don’t believe that it’s the [Moro Islamic Liberation Front], the deaths there are mostly due to family wars.”

Eisenhower fellows admit that they are “grappling” with peace and order issues. But they are not afraid to go there. Dominguez and Hernandez say they are even planning to bring Zobel to the site to see how the project is doing.

Dominguez says the businessman is very excited with what the group is doing. “He saw the commitment in the locals, that there is an opportunity to create some kind of change. Why will he contribute if he knows it’s going to end up in a bottomless pit?”

Hernandez says this confidence stems from the fact that the program leaders are deeply invested in the lives of residents there. “If you know the locals, build relationships with them, they will tell you if it’s safe or not. I will make a bet nothing’s going to happen to you if you listen to them.”

He admits, however, that peace and order situation in the area will take time to stabilize.

“The peace and order issues are complicated. But you can get good gains by starting on resolving the issues on health and setting up a system for quality education,” he says.

Dominguez adds the project will push through with or without the Bangsamoro Basic Law, which is supposed to put in place a governing body to replace what the national government calls a “failed ARMM”.

Asked if they will still go back to being politicians, both gave a resounding “no.”

“I’m just happy influencing these warlords, seeing hope in them. We’ve seen a lot of warlords, say in Lanao del Sur, they’re already talking like health officers, health workers. There’s hope for as long as you mentor them,” he adds.

He says it’s making both local government and citizen “full owners of the process.” And they are just content to make it work. They know, because they were once politicians and are now among and working with the citizens.

“We just started as like-minded individuals, but the project will still grow. There’s something coming up this October. We’re not a multilateral agency that provides only the numbers. We put a human face to the situation. Not just one, but several stories,” Hernandez says.

Both believe the Basilan project can be replicated.

“Our theory of change as Eisenhower fellows is simple. If you can do it in Basilan, you can do it elsewhere in the country,” he says.