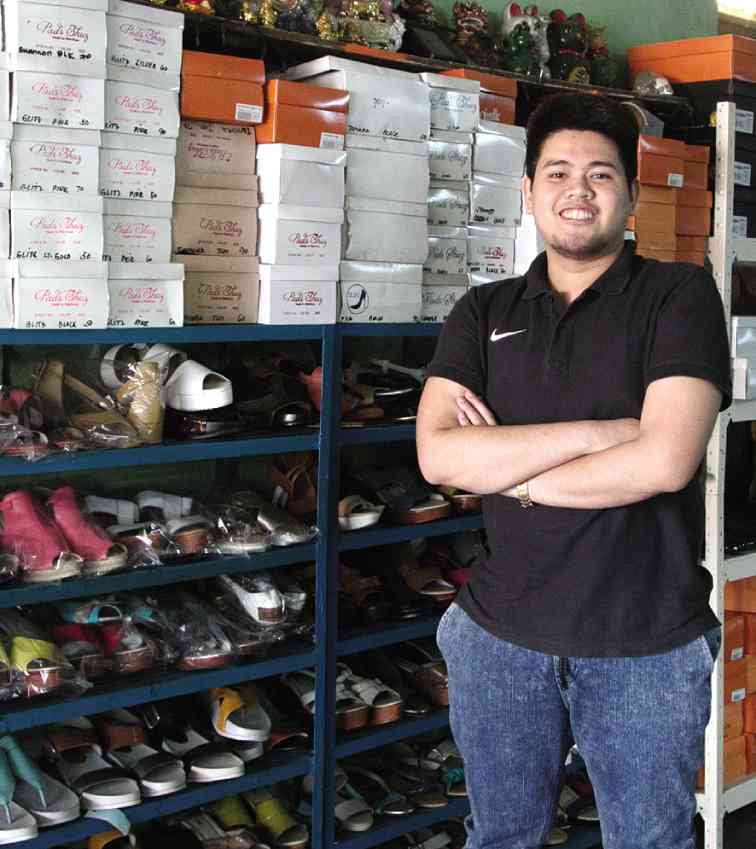 The Marikina shoe industry may soon get back on its feet, reviving its glory days in the 1960s.

This is thanks to a number of young and passionate shoemakers who are stepping in to raise the profile of Marikina shoes and keep the industry alive despite the daunting competition posed by imported brands.

One of them is Zarah Buenaventura, 32, the marketing manager of Carmelletes Shoes.

Carmellettes was recognized in 2012 as the “Queen of Shoemaking” for being in the industry for more than 50 years, making it one of the oldest enterprises in the country’s shoe capital.

With a starting capital of P150,000, Carmelletes Shoes was established by her grandparents. It later became a trusted shoe brand for producing high quality ladies shoes, ranging from flats to dancing shoes. The ownership was then passed on to their sons and daughters in 1978. Since then, Carmelletes Shoes has been successfully carrying its own brand, consigning in eight department stores while also supplying other brands. Sales have been growing every year by an average of 20 percent. 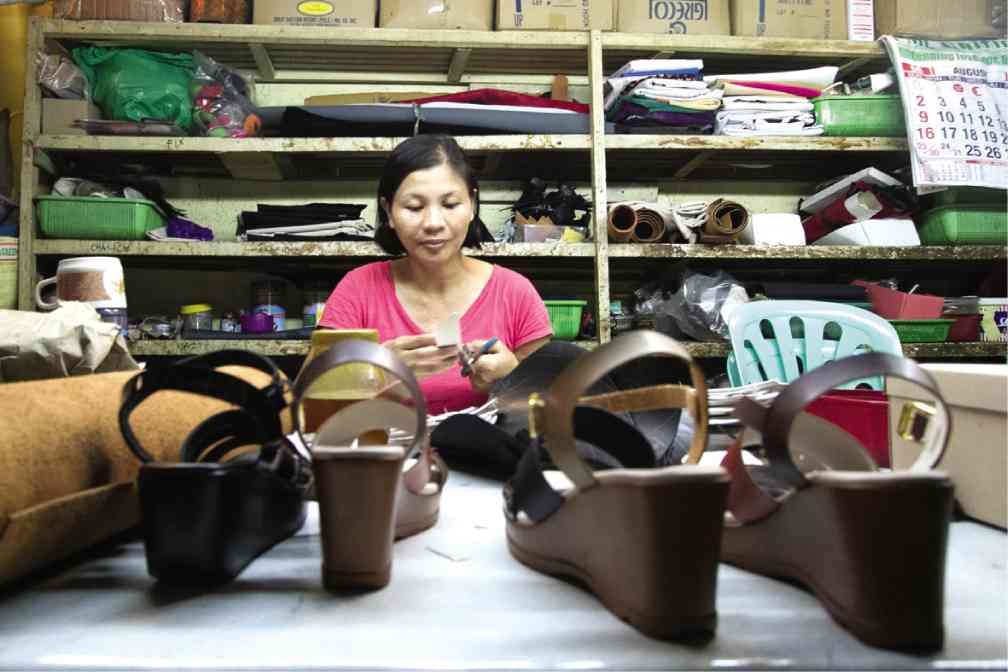 Buenaventura, who joined the company when she was 25, is in charge of producing new shoe styles and promoting the brand through the company’s official social media accounts.

For her, success is a result of constantly providing the wants and needs of customers.

“We [used to produce] only heeled shoes for high fashion, but we noticed that people were being practical and wearing comfortable flats or shoes, so we later ventured into producing those types of shoes,” she said.

To increase her knowledge of new styles, she enrolled in the shoe-pattern making course offered by the Marikina City government through its Marikina Shoe Industry Development Office (MASIDO).

Buenaventura says she is looking forward to that day when Carmelletes Shoes will have stand-alone boutiques and a bigger management team.

She also wants more young people to be involved in the shoe business for which Marikina is known.

“Who else will continue the industry? If the youth will not be involved, there will be no one next in line to continue shoemaking,” she says. 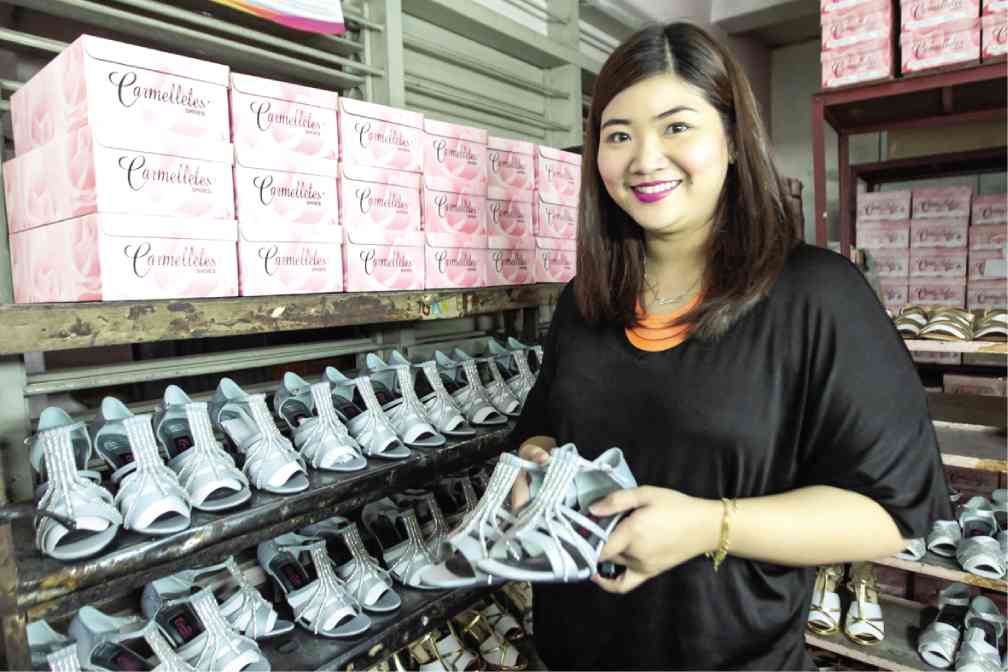 Another young blood in the Marikina shoe sector is Madella de Leon, 30, marketing manager of Lara Erika Shoe Manufacturing, which started in 1983 with a capital of just P5,000. The business was named after De Leon’s older sister and eldest daughter of owners Mario and Paz De Leon.

Lara Erika has become one of the most trusted suppliers of both ladies and men’s shoes of well-known local shoe retailers such as Ohrelle, Le Donne and Rusty Lopez.

Today, its biggest clients include SM (Parisian Basic, Parisian Plus, Salvatore Mann, Milanos and Classics) and Red Logo of the Golden ABC group. From 2012-2015, she estimates that Lara Erika’s sales increased annually by 15-20 percent.

Though de Leon grew in a family of shoemakers, she says her parents did not force her to work in their company.

“My father always mentioned that given a choice, he will not engage us in the shoe business [because shoemaking is hard], but for whatever reason he had at that time, he finally agreed that I can start working in our small business,” says de Leon, who also worked for different companies before entering the industry in 2012.

Like Buenaventura, de Leon handles the production and release of new shoe designs. She also works in the wedding industry as a make-up artist, prompting her to start customizing wedding shoes. 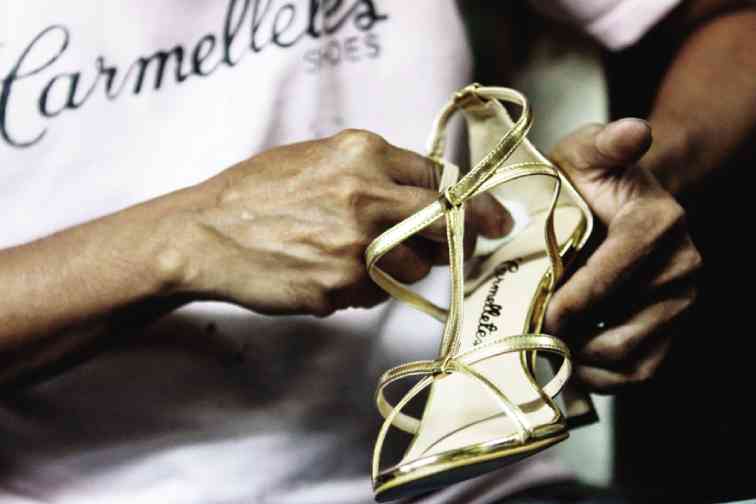 She attributes the success of the family business to constant production of quality products that exceed customers’ demands and the trust between owners and employees.

“In our business, trust is very important. It is a give-and-take relationship, you need to work hand in hand with your employees or team to produce a pair that will not only answer the needs and wants of your clients but also represent the whole Marikina shoe industry,” she says.

One of the youngest shoemakers and business owners in Marikina is 22-year-old Kenneth Padayao.

He started managing Pads Shuz in 2012 when he was 19 years old. The shoe business that specializes in ladies’ shoes was placed under his name because their family shoe business had to shut down because of a labor issue. Padayao felt then the urgent need to be involved in their business. Like Buenaventura and de Leon, he grabbed the chance to take up the shoe–pattern making course offered by the city government.

“I thought of continuing the business because what I have I owe to shoemaking,” he says, admitting that there was a time when he did not really give any serious thought to the business although he comes from a family of shoemakers.

Padayao produces new shoe designs and promotes the shoe brand through social media accounts. With his optimism and persistence, he eventually earned the trust of customers. 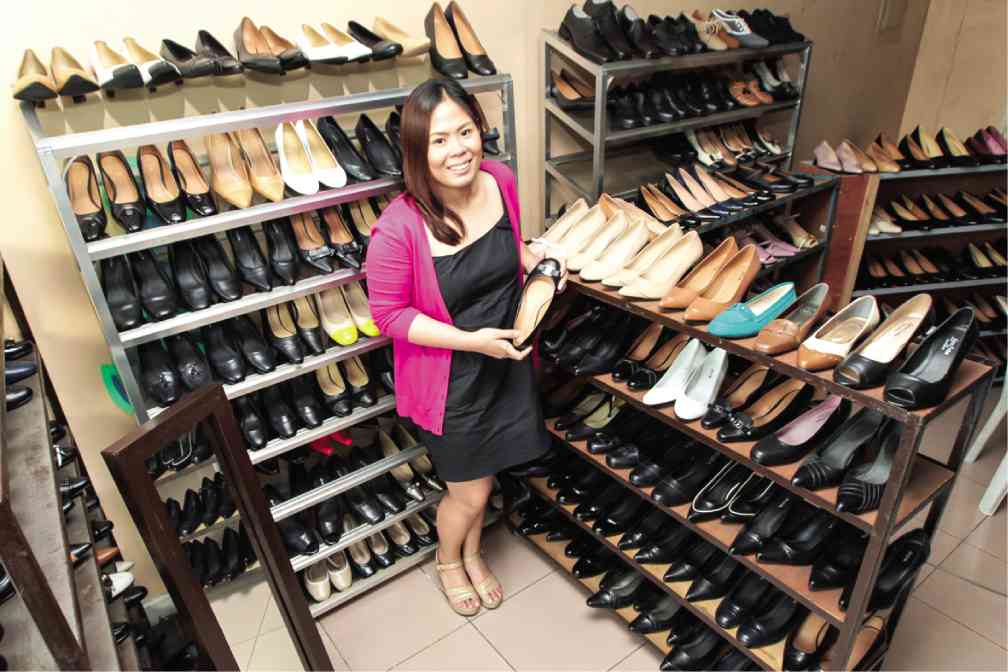 This year, the plan is to launch a men’s line just in time for the peak Christmas selling season.

Padayao encourages other young people, especially the sons and daughters of shoemakers, to carry on the shoemaking tradition and make the industry flourish once again.

“Reviving the industry is of great importance to us because shoemaking is our livelihood,” he says. “We can’t think of any other business other than this.”