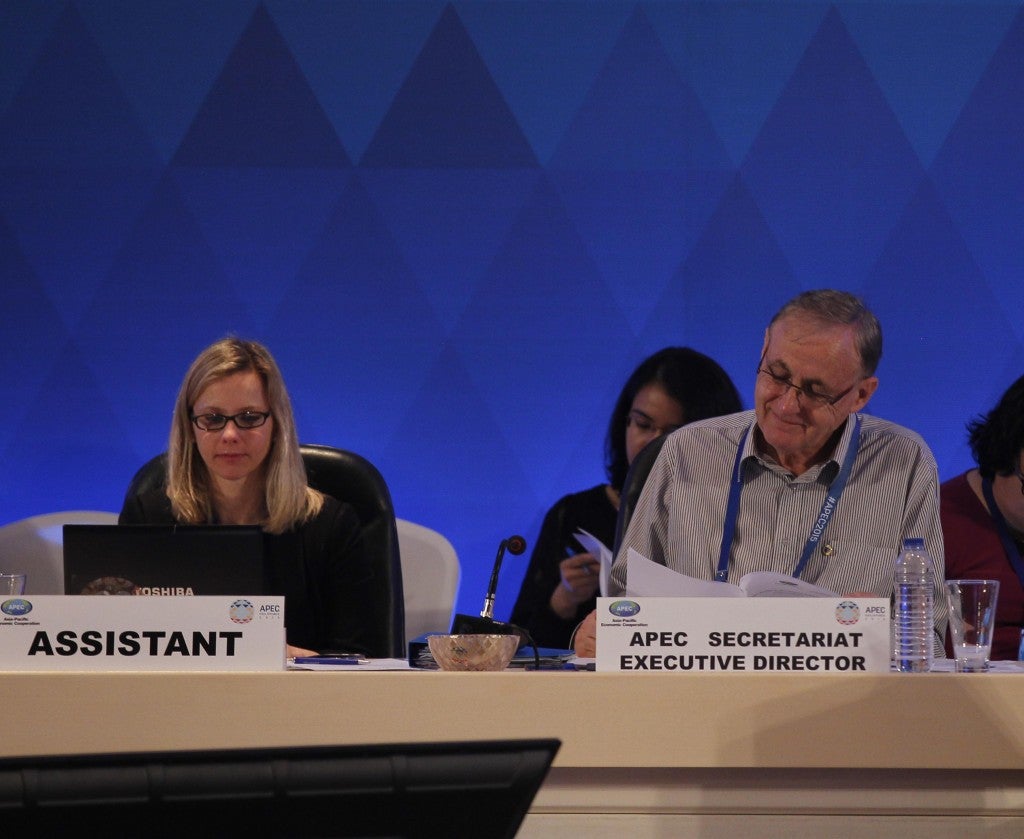 CEBU CITY—Senior officials of the 21-member economies of the Asia-Pacific Economic Cooperation (Apec) are now working on regulations to allow micro, small and medium enterprises (MSMEs) access to free trade across the region.

Speaking to reporters, Dr. Alan Bollard, executive director of the Apec secretariat, said member economies of Apec were “spending a lot of time looking at small and medium enterprise.”

“We’re working our way on inclusive economy and what we’re trying to do here is to make sure that the benefits of growth that the region has enjoyed are actually trickling through more equally around economies, and around people,” Bollard said.

He said the “broad approach” from Apec was to try to allow micro and small businesses access to the driving force of the international economy.

The official said it was important for the benefits of trade growth to spread out to MSMEs and not only to multinational companies.

“Measures to spread out the benefits are now being undertaken,” he said.

He said the Philippines had changed the debate about SMEs by shifting the discussion to MSMEs.

The Philippines, he said, had focused on themes of empowering MSMEs aside from improving better regulation of services and building resilient communities.

“Large gains can be expected from the integration of MSMEs into the economy,” he said.

The discussions on free trade and empowering MSMEs are part of the ongoing third Apec senior officials’ meeting here. RC