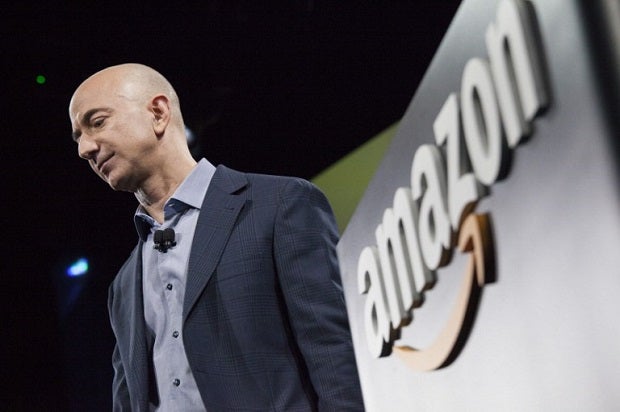 Amazon.com founder and CEO Jeff Bezos presents the company’s first smartphone, the Fire Phone, on June 18, 2014 in Seattle, Washington. The much-anticipated device is available for pre-order today and is available exclusively with AT&T service. AFP

SAN FRANCISCO, United States—Amazon on Thursday announced a deal to buy a startup that tailors traditional television broadcast for the vast array of Internet-linked devices used for streaming video.

Amazon did not disclose how much it is paying for Portland-based Elemental Technologies, but a report at tech news website The Information put the price at $500 million.

The nine-year-old startup specializes in software that takes live or on-demand traditional television, cable or satellite broadcasts and reformats the video to play on smartphones, tablets, computers or other devices.

Elemental boasts more than 700 media customers including CNN, BBC and HBO. The startup also supports 4K ultra high-definition services, including some delivered by the BBC during last year’s World Cup coverage, according to Amazon.

Elemental technology will be woven into Amazon’s platform for hosting services in the Internet cloud and be aimed at providing “solutions to efficiently and economically scale video infrastructures as the media industry increasingly moves to Internet-based delivery.”

Elemental will also continue to operate as its own brand, according to Amazon. The acquisition was expected to close in the final quarter of this year.