Unleashing the full potential of social enterprises in PH 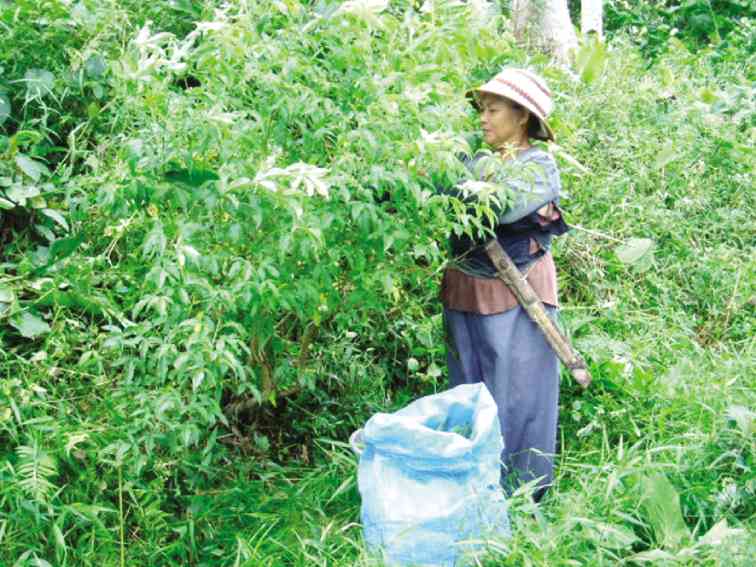 The so-called triple bottom line (3BL), which measures profit, people and planet, has been guiding the Foundation for a Sustainable Society, Inc. (FSSI) as it strives to create a “space for the poor” in the market and help them develop sustainable communities through social enterprises.

“One out of four Filipinos is poor. And we believe that there are a lot of ways to reduce poverty,” FSSI executive director Jay Lacsamana said in a recent briefing.

Among these is social entrepreneurship.

Since its establishment in 1995, following a debt-for-development agreement between the Philippines and the Swiss Confederation, FSSI has helped some 200 social enterprises involved in organic agriculture, crafts, aquatic and coastal resources, microfinance and cooperative development across the Philippines.

FSSI aims to achieve equality, environmental sustainability and inclusive economic growth not only by providing financial services such as loans and grants to the marginalized sector such as farmers, fishermen, indigenous peoples, persons with disabilities (PWDs), but also by engaging the poor in economic activity as participants and owners.

“Development must come from the poor and this [is what] we do by maximizing their capacities to participate in economic activities, resulting in jobs, income, and protection of natural resources from which poor communities get their livelihood,” Lacsamana said.

Social enterprises are defined as businesses that exist primarily to benefit the poor and generate social impact by solving the most pressing social problems, particularly poverty and environmental degradation.

There are an estimated 30,000 social enterprises in the country and FSSI wants the number to grow so that more poor Filipinos will earn from becoming part of the mainstream economic cycle.

The prospect of becoming social entrepreneurs can be daunting, however, which is why FSSI decided to work together with the Philippine Educational Theater Association (Peta) and mount a creative and theatrical presentation of FSSI’s history and triumphs.

The aim is to use theater to encourage the poor and other stakeholders such as non-government and people’s organizations to join the cause.

To mark the foundation’s 20th anniversary this August, we look at how FSSI’s formula of “earning while doing good” has improved the plight of some rural communities.

Just like the characters in the American science fiction film “Star Trek,” a community in Palawan has dared to go “where no man has gone before” in terms of alleviating poverty.

The people were also concerned about mining activities and land acquisition of foreign settlers in Northern Palawan.

To help ease these concerns, the Star trek project was established in May 2010 by PCART in partnership with FSSI, Peace and Equity Foundation (PEF), and Foundation for the Philippine Environment (FPE).

PCART is a non-government organization established in 1984 and focused on developing livelihood and enterprises for poor communities in the countryside.

Its Star trek project initially covered seven contiguous barangays of the municipality of Roxas to preserve the biodiversity of the Barbacan river system from exploration activities.

It later expanded to include nine barangays in Roxas and San Vicente. It is now on its second phase, themed “expanding the habitat and scaling up the social enterprise.”

Through the project, residents are now involved in ecosocial enterprises, including carabao raising, production of herbs and coco products and development of renewable energy.

Those who were not willing to borrow capital had the option to engage in herbal production.

Here, a farmer only needed to have land, seeds and an herb dryer. But those who did not have resources nor equipment had the option to borrow from PCART.

“We usually lend them seeds, which they [are supposed to] give back after the harvest so that other farmers will have seeds to plant, too,” Padilla explained.

The versatile ‘vitex negundo,’ or lagundi, is the main herb planted by the farmers in the Palawan project sites.

According to Padilla, farmers can harvest up to 300 kilograms of lagundi per hectare. The herb, which is mainly used in medicine, is harvested every four months. 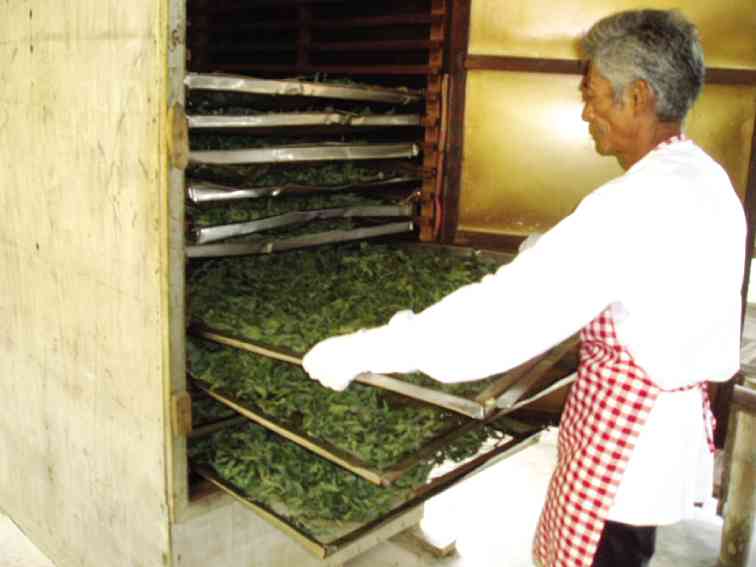 DRYING lagundi leaves in a PCART facility in Roxas, Palawan

Dried lagundi is sold to pharmaceutical companies at P150 a kilo. And because of constant demand, the farmers are assured of a ready market for their produce.

“The best thing about lagundi is that it’s sturdy and grows in any season. It doesn’t even need pesticide or fertilizer. A farmer could harvest plants worth P120,000 per hectare every year,” Padilla said.

Pharmaceutical companies process the dried leaves and convert them into tablets and capsules.

Lagundi has been endorsed by the Department of Health as an effective herbal medicine with proven therapeutic value as treatment and relief for colds, flu, asthma, bronchitis and other respiratory problems.

Meanwhile, the farmers more familiar with coconuts were taught to add value to their products.

Today, four barangays with 80 farmer-entrepreneurs have ventured into the tuba, coco sugar, and coco syrup business.

Tuba makers produce an average of 20 liters a day, which is worth P200.

Eight liters of tuba, in turn, can produce a kilo of sugar/syrup.

So far, PCART is the sole purchaser of these products as the entrepreneurs have yet to find their own market.

A kilo of raw coco sugar and coco syrup is sold at P250 and P220, respectively.

After packaging, PCART brings the products to high-end stores in Bonifacio Global City, Baguio and Vigan.

The Green Island project, through a 25.5-kilowatt hybrid renewable energy power system, has illuminated over 50 households. The aim is to reach at least 400 more households this year.

PCART says that because the residents are generating income from these projects, there has been less pressure to engage in illegal activities that hurt the environment, such as logging and slash-and-burn agriculture.

And because of the active participation of the local government units, all 16-member barangays have passed ordinances against mining activities and have declared watershed areas, too.

It has also delineated forest and agricultural land through its 128-kilometer “biofence,” which was installed by the residents themselves.

“(Through the project), our forests were preserved and even our shoreline. The destroyed mangroves are now big and abundant,” said San Isidro resident Luzviminda Hugo.

The success of the project has prompted individuals to form groups.

Currently, over a thousand households have been formed into 35 people’s organizations and cooperatives, and 20 income groups pushing for the development of their respective social ventures.

So far, the Star trek project has generated a total income of over P400,000 and contributed a cash fund of P1.6 million to its “Community Managed Savings and Credit Project” (CMSCP)—an insurance, loan, and shared capital system for its members. 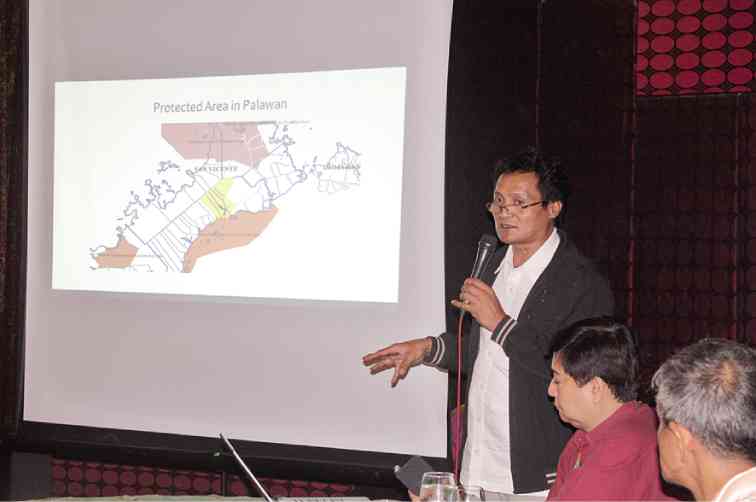 There was a time when the Malaya Development Cooperative found itself on the brink of bankruptcy due to the adverse impact of natural calamities.

Fortunately, because of financial assistance worth P975,000 from FSSI, the Isabela-based group has been steadily regaining its strength, thanks to social entrepreneurship.

“For us to get out of the cycle of poverty, we needed to look for an alternative income source and we saw the potential of dairy,” general manager Ernesto Lactao told the Inquirer.

Through the assistance of FSSI, MDC’s dairy enterprise has engaged over 1,000 member-entrepreneurs in Mallig, Isabela into the business that produces three main products: livestock, milk and organic fertilizer.

Based on an agreement with the National Dairy Authority, which has provided the cooperative with 50 cows to date, MDC and its members follow a multiplier model wherein the cooperative will distribute at least three cows to every member-household.

Members are then responsible for multiplying them.

Five years after procurement, a member will pay back the NDA with the same number of cows, which will in turn be distributed to other households.

“Venturing into the business is cheap. You just have to plant napier grass (as food for cows) in idle land, and in three months’ time, it’s all grown. Since it’s a perennial grass, there’s no need to plant again,” Lactao said.

Each cow produces 10 liters of milk every day that is sold to MDC at P23 per liter, resulting in an estimated daily income of P690 per household.

The cooperative then processes the fresh milk and produces bottled pasteurized milk and yogurt that are sold primarily to schools in Isabela.

“We plan to eventually purchase all of the milk produced by the farmers after we receive the P16 million worth of dairy processing facilities/grant from the World Bank. We also plan to build retail outlets in several areas in Isabela soon,” Lactao said.

As for the animal waste, it does not really “go to waste” because it is sold and used as organic fertilizer in farms.

Lactao added that the dairy enterprise had not only produced businessmen but has also created employment, particularly for farmers who were once displaced due to the modernization of farming.

49-year-old farm owner Romeo Bugarin has renewed his faith in the land, after venturing into the dairy enterprise.

“Although I procured my cows just last year, I’m very optimistic that this business would yield a daily income that is much higher than what I got from rice farming,” he told the Inquirer.

It is FSSI’s hope that through social entrepreneurship, the positive experience of these project beneficiaries will be shared by the other marginalized groups across the Philippines.