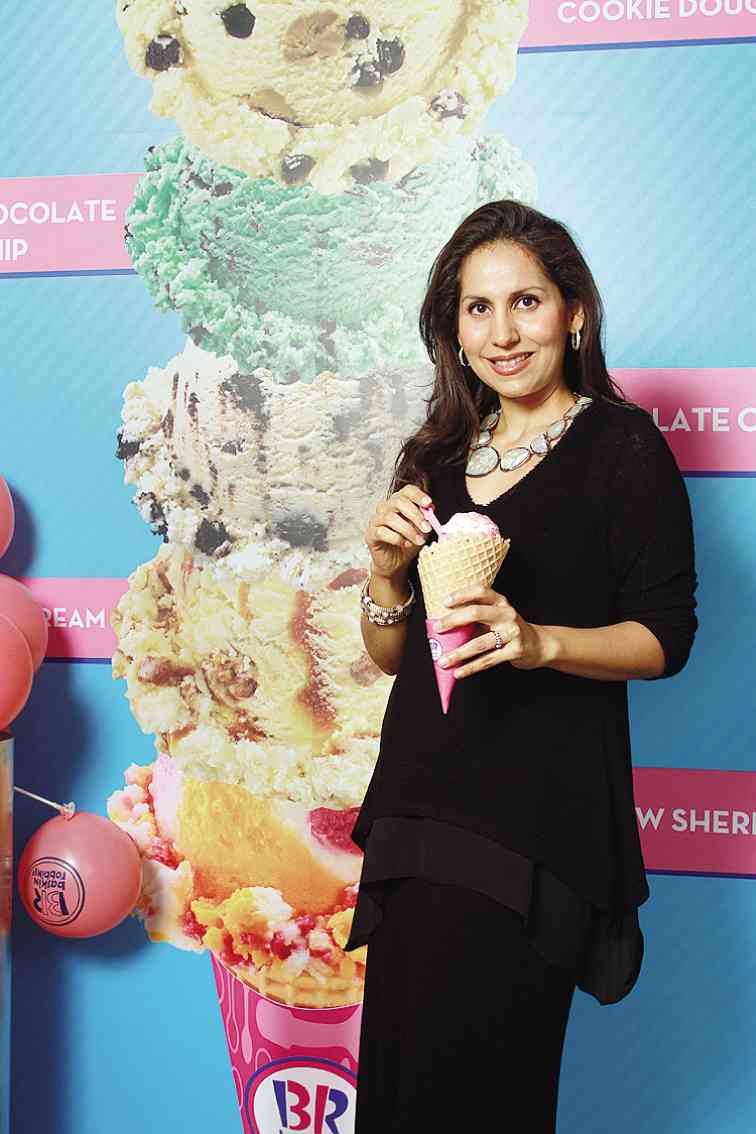 Ice cream no longer seems such a guilty indulgence if a portion of your purchase goes to charity.

Born to an entrepreneurial Indian family where charity is a tradition, she wanted a campaign for Baskin-Robbins that was both meaningful and engaging.

Thus to celebrate the first anniversary of the brand in the Philippines, it has collaborated with Operation Smile, a non-profit organization that organizes free plastic surgery to poverty-stricken children with cleft lip and palate.

The Baskin-Robbins 31 Smiles Project is a cause-oriented marketing campaign that encourages customers to help 31 indigent patients with their ice cream purchase.

From an entrepreneurial perspective, the partnership with Operation Smile gives the ice cream brand significant exposure to a wider and influential market.

Dargani adds that the number “31” is a way of communicating Baskin-Robbins heritage flavors for every day of the month.

Thirty-one percent of its sales from the double scoop of the regular flavors will be donated to Operation Smile.

Moreover, a P100 purchase of a Smiley badge with a frequency card is a win-win situation for the consumer, the brand and the beneficiary.

The customer gets a free junior scoop and the frequency card provides free ice cream on every third visit to the store. And then, 20 percent of the net sales of the Smiley Cakes go to Operation Smile.

Dargani explains that Baskin-Robbins partnered with Operation Smile because the institutions share the same vision.

“We are aligned. Operation Smile is all about bringing smiles (after reconstructive surgery) and we are about making people happy,” Dargani says.

Dargani says the first year of operation of Baskin-Robbins in Metro Manila is characterized by the opening of five branches in major malls and the implementation of corporate social responsibility projects.

“We brought ice cream to depressed areas or after a fire in Parañaque and shared brownies with groups with feeding programs. Yet, instead of a one-time contribution of ice cream, we wanted to do something meaningful in a structured way and where we could make a difference,” she says.

“When children with harelip or cleft palette undergo surgery, they are allowed to only eat ice cream. We thought of helping Operation Smile so that the lives of 31 children will be changed forever. There are 4,000 children born with cleft lip every year. Helping out 31 children is modest,” she adds.

Two months into the campaign, the BR 31 Smiles Project has been creating more awareness of the brand and has helped boost sales.

Sales of the double scoops of the regular flavors increased by 9 percent and Baskin-Robbins has so far sold 740 Smiley campaign badges.

Plans are afoot to continue cause-oriented marketing to sustain the company’s altruistic efforts and build the brand.

“We’ve been lucky that people like to take pictures of themselves with their ice cream. That is what they share,” says Dargani.

Then there are customers who want the flavor without the guilt, so they take to healthier alternatives such as dairy-free ice cream, low-fat, no sugar added varieties and frozen yogurt.

“Customers love our ‘Build Your Own Sundae’ option which allows them to customize their treat using their preferred ice cream flavor with wet and dry toppings. Their ice cream looks like a work of art which they post,” says Dargani.

“Our goal is to make it a beloved brand,” she says.

She recalls that before Baskin-Robbins was officially launched in July last year, ice cream devotee Sharmaine Dawn de Padua Villaruel created a fan page that clamored for the store opening.

The company rewarded her for her daily postings with a year’s supply of Baskin-Robbins products.

Aside from cutting across demographics, ice cream brings people together as seen in the customers’ social media postings.

“Ice cream is synonymous with fun. Everybody loves it because it makes you happy. It’s an experience which you share with friends and family, ” says Dargani.

Xander Ford denies sex video: ‘I got scars from pimples, and tattooed eyebrows’