US stocks little changed on mixed signs in retail 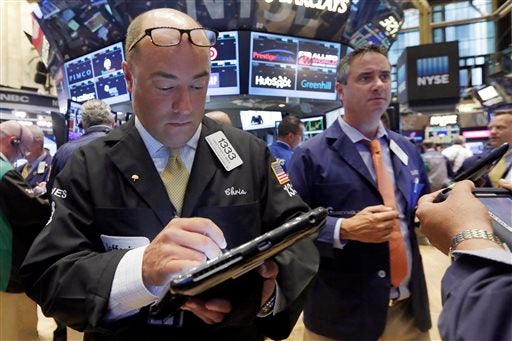 US retail sales rose 0.6 percent in July from June levels, to $446.5 billion, beating expectations and sparking speculation that the Federal Reserve could lift interest rates as soon as September.

Dow member Cisco Systems jumped 2.9 percent as it reported that earnings for the quarter ending July 25 came in at 59 cents per share, three cents above analyst expectations.

News Corp. gained 7.6 percent despite reporting a loss of $379 million for the quarter ending June 30 due to a writedown of its Amplify digital education business. Excluding charges, earnings translated to 7 cents per share, 2 cents above analyst estimates.

Solar company SunEdison rose 5.2 percent after analyst reports from Credit Suisse and RBC Capital suggested a recent sell-off in the stock was excessive, with RBC saying the company is “well prepared to weather a perfect storm” of challenges.