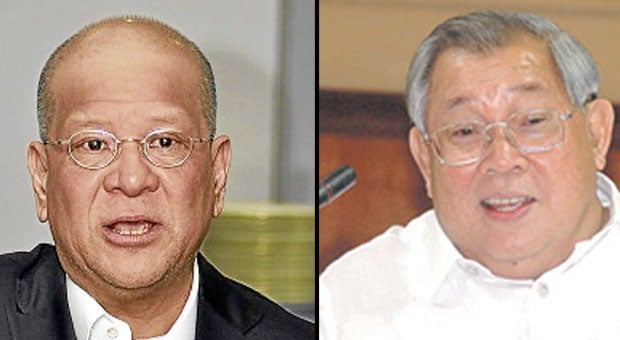 The dispute culminated with Ang filing a syndicated estafa complaint against the Gozon group on July 27, after the GMA chair refused to return Ang’s P1-billion down payment, saying it was his to hold on for damages sustained by the group.

The development—which paves the way for interested investors to again look into GMA—ends an almost two-month word war between both camps following the collapse of talks for Ang, in his personal capacity, to acquire a 34-percent stake in GMA from the controlling Gozon, Duavit and Jimenez families.

Both Ang and Gozon earlier traded barbs on who had first walked away out of the deal, announced over a year ago in a move that analysts said may energize the television giant, which mainly competes with the Lopez family’s ABS-CBN Corp. as well as TV5, the country’s third-biggest TV network.

Ang and Gozon released a joint statement Thursday, stating that Gozon had agreed to return Ang’s P1-billion down payment and that Ang had agreed to withdraw the syndicated estafa complaint he filed in the Department of Justice.

Syndicated estafa is a nonbailable offense and requires five respondents.

In the statement, Gozon was quoted as stating again that he had acted alone in deciding to hold the P1-billion down payment. The Duavit and Jimenez camps earlier indicated their intention to return their portion of the down payment.

“In making the decision to retain the down payment, Felipe L. Gozon, a lawyer, did not consult with the other members of the Gozon group. The other members had no participation in the said decision,” the statement said.

“Mr. Ang has accepted attorney Gozon’s explanation about the non-involvement of the other members of the Gozon group in the retention of the down payment,” it added.

GMA has been in talks with interested investors, including Philippine Long Distance Telephone Co. (PLDT) and the Ayala Group’s Globe Telecom, over the last decade but a final deal has never been reached for various reasons.

Gozon said in a briefing on Aug. 6 that while GMA was not actively looking for a buyer, any investment proposal would be considered “seriously.”

Both PLDT and Globe recently said they continued to be interested in partnering with GMA.

“The settlement will clear the air and other interested investors may again take another look at GMA,” Del Castillo said on Thursday.

Ang, in a text message on Thursday, said there was still no decision on whether he would pursue talks with GMA.

Ang was said to be interested in GMA to enter the “convergence play” given that SMC, where he is now the single biggest stockholder, has an equity interest in publicly listed Liberty Telecoms Holdings Inc. as a partner of Qatar Telecom.