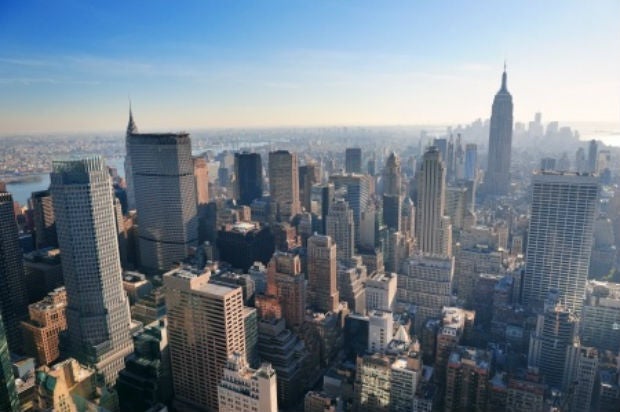 NEW YORK — Even as data indicate that China’s economy is in a fragile state, Chinese demand for New York City real estate remains strong as developer Oceanwide Holdings Group Co. has agreed to acquire a pair of sites in Manhattan for $390 million.

Oceanwide agreed to buy the two adjacent sites, at 80 South Street and 163 Front Street in New York, from the Howard Hughes Corp on Friday. Located near the South Street Seaport, the sites have been approved for redevelopment into an 800,000 square-foot, mixed-use tower combining commercial and residential spaces.

“The downtown market is the fastest-growing residential community in New York City,” real estate attorney Ross Moskowitz of Stroock & Stroock & Lavan LLP said in an e-mail on Monday. “Combining that with the anticipated redevelopment of the South Street Seaport retail area, the neighborhood is ideal for new growth.”

Robert Knakal, chairman of New York investment sales for Cushman & Wakefield, said: “I am not surprised to see an investor of this caliber attracted to this area. This is a prime site.”

Last November, Hughes unveiled a $300 million revised plan to upgrade the South Street Seaport that included a middle school, a food market and new housing. At the time, Hughes said that the historic seaport was facing an infrastructure crisis as historic piers were deteriorating into the East River.

Beijing-based Oceanwide Holdings and its chairman, Lu Zhiqiang, have developed an appetite for US real estate to diversify its holdings. Oceanwide also has been an aggressive buyer of California real estate, purchasing a site in downtown San Francisco last February for $296 million to build the second-tallest tower in the city. The 910-foot-high (approximately 60 stories) office building will be designed by English architect Norman Foster.

The Oceanwide investment comes amid more indications of weakness in China’s economy as reports released over the weekend revealed disappointing trade and factory-price data in July.

The government announced that factory prices in July extended more than three years of declines, with the producer-price index taking its biggest year-on-year tumble in nearly six years. Customs data showed exports last month tumbled 8.3 percent from a year earlier, reversing a gain of 2.8 percent in June. Imports declined for the ninth month in a row, dropping 8.1 percent.

China’s weaker-than-anticipated economic performance has prompted some concerns that the flow of Chinese investment into New York real estate may begin to ebb.

The Real Estate Board of New York’s Broker Confidence Index rates sentiment on the city’s real estate market for six months ahead. The July 30 survey found that while confidence is still considered high, around 10 per cent of the roughly 400 brokers surveyed listed concerns about a slowdown in investment from Chinese mainland, the effect of Greece’s troubled economy and the impact of fluctuations in the stock market.

Moskowitz is not anticipating a Chinese pullback. “The Chinese investment community recognizes that NYC remains a tremendous value for real estate and a chance to learn best practices in terms of owning and managing real estate,” he said.