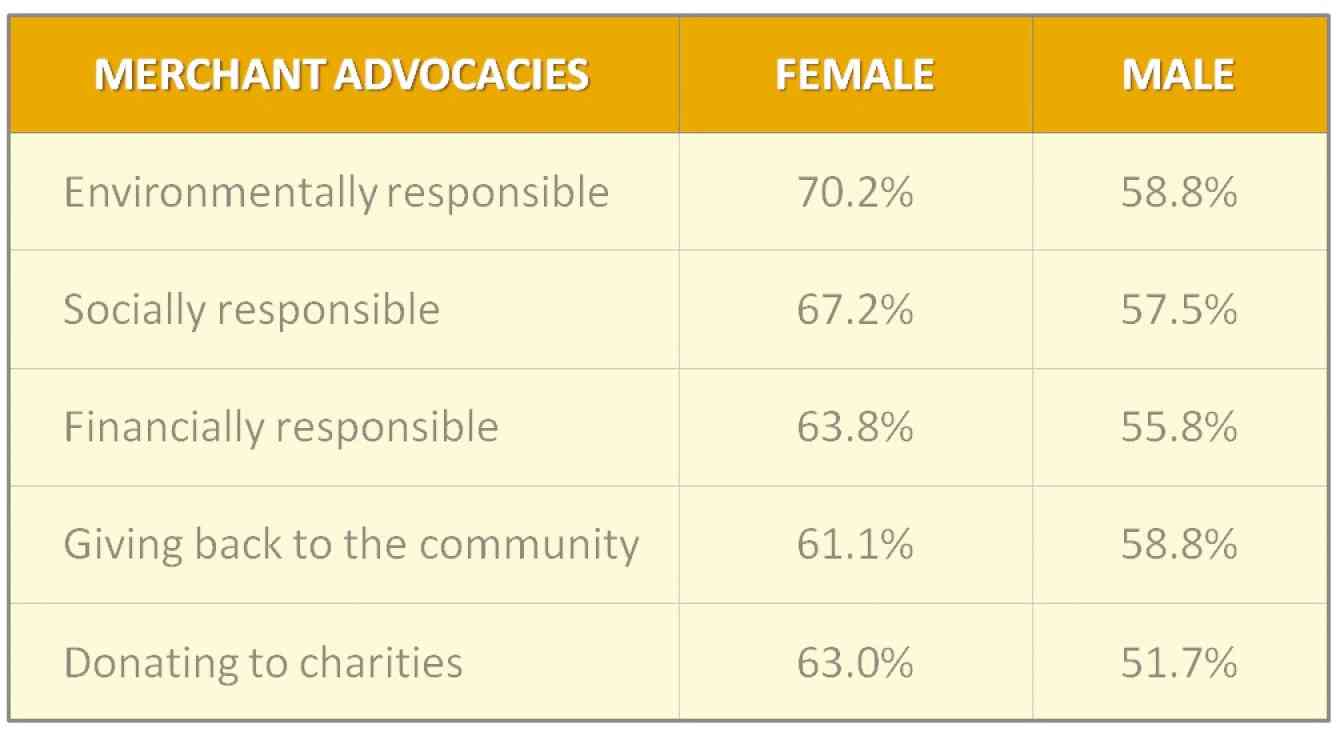 Women are more likely to purchase from environmentally or socially responsible merchants.

About one of every five Filipinos donates to charity, according to a recent study on charitable giving among consumers in Asia Pacific conducted by MasterCard.

According to the study, 47.7 percent of the Filipino respondents contribute to charity, putting the Philippines not far behind most of its neighbors in the region, including more developed countries like New Zealand (50.5 percent), China (52.3 percent), Australia (52.4 percent) and Malaysia (57.2 percent).

However, consumers in developed markets are more likely to make significant individual donations.

The top three countries where consumers are comfortable in giving more than $500 are New Zealand (11.5 percent), Hong Kong (8.7 percent), and Australia (8.4 percent).

Across Asia Pacific, members of the older generation are more likely to donate to charity.

The MasterCard study featured interviews between October and December 2014, with a minimum of 500 people aged 18-64, in each of the 14 markets.

The Japanese are the least likely to donate to charity with only 16.3 percent saying they are doing so.

People in India are the most likely to say they will be donating more to charity this year than the year before (41.5 percent). Most consumers across Asia Pacific (48.8 percent) intend to donate the same amount as they did the year before.

‘Children’s health and education’ is the cause closest to Asia Pacific respondents’ hearts—this was mentioned in all of the countries, except Hong Kong, as one of the top three causes.

Japanese consumers list ‘Local Natural Disaster Relief’ as the No. 1 cause they would donate to.

The biggest givers in the region are Kiwis who are most likely to make individual donations of more than $500 (11.5 percent), followed by people in Hong Kong (8.7 percent) and Australia (8.4 percent). In all three, people are most likely to donate to charities focused on ‘Serious Illness’.

Georgette Tan, Group Head, Communications, Asia Pacific said, “Charitable giving behavior differs around the world and is influenced by various factors such as culture, age, level of disposable income, as well as the presence of conflict. For example, in Japan, people appear to have a preference for donating to causes that support local disaster relief. This is unsurprising given the prevalence of earthquakes and the long term impact of 2011’s tsunami and resulting Fukushima Daiichi nuclear disaster.

“It is also interesting to note that the three markets where people are most likely to make sizeable donations—New Zealand, Hong Kong and Australia—are also the markets where ‘serious illness’ is the most popular charitable cause. Perhaps this is due to the increased prevalence of serious illnesses such as cancer in more developed economies where the population tends to live to an older age. Nevertheless, a desire to support and protect children—the future generation—appears to be universal,” Tan said.

The findings lend support to MasterCard’s Purchase with Purpose initiatives, which involve cardholders in the company’s efforts to give back to the community whenever they use their MasterCard cards.

A percentage of the cost of an item sold on the Purchase with Purpose platform is channeled to causes supporting women and education—giving the underprivileged a chance at learning a skill, championing further education, raising awareness of health issues, supporting the cause of environmental protection, among others.