Bringing the franchising sector to the next level 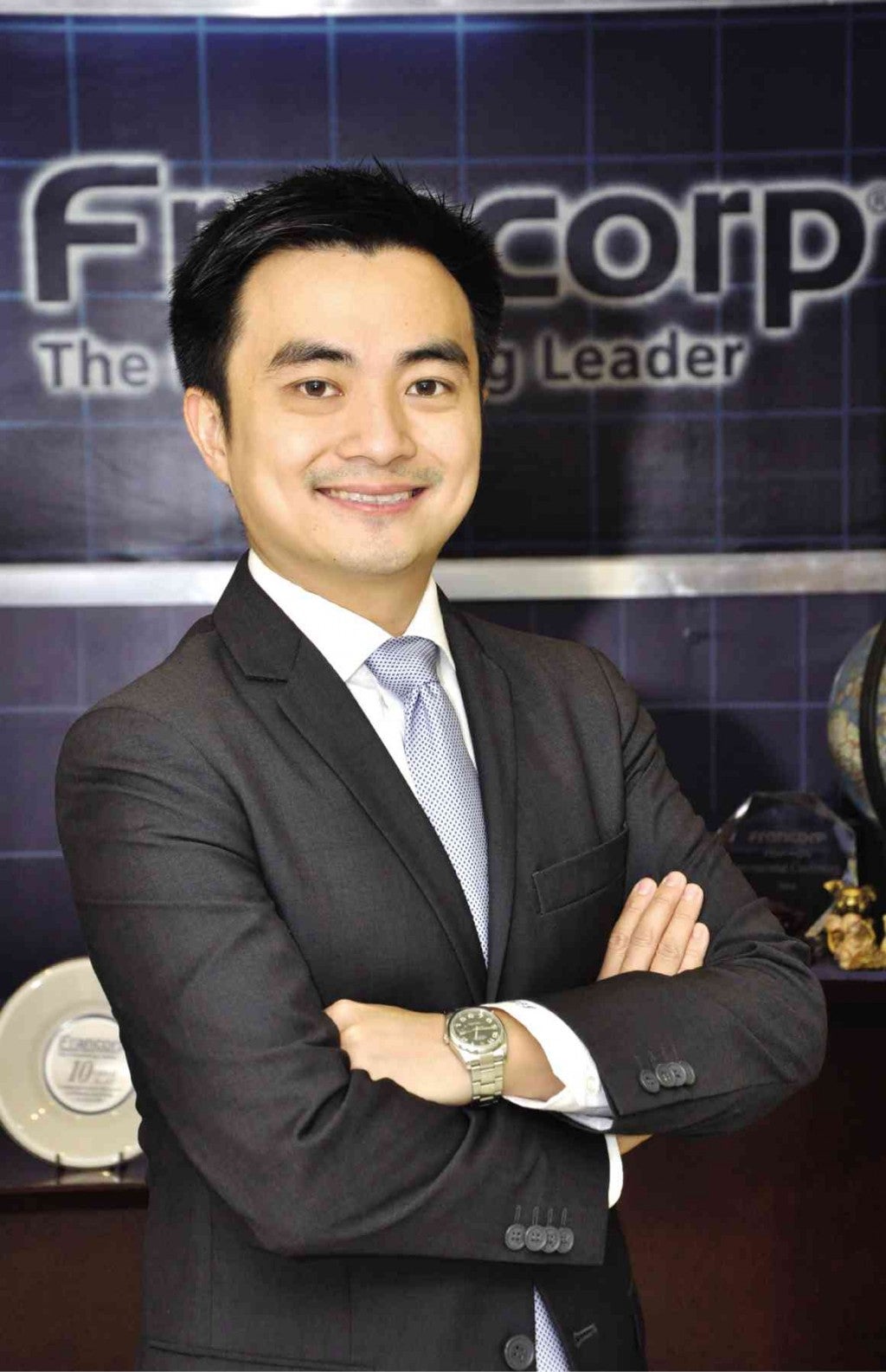 Sam Christopher Lim is the senior vice president for marketing and strategy at Francorp, the premier franchise consulting firm in the Philippines.

He is also the president of U-Franchise, the Philippine’s largest franchise sales company.

Lim has extensive knowledge of the Asian consumer, having led Southeast Asia as one of the youngest regional brand managers for the Unilever offices in Bangkok and in Shanghai for China, Japan and North Asia.

At the Unilever headquarters in London, he became a senior global brand manager and handled key markets in Asean and Latin America.

In 2009, he was awarded the Mansmith Young Market Masters Award (YMMA) for his role in growing his brand in the Asian region.

Here, Lim shares his thoughts on bringing franchising to the next level.

Question: What’s the track record of a franchised business being passed on successfully to the next generation?

Answer: Based on various studies, among family businesses, two out of three are either sold or become a failure after the founder has left the company. Franchising is seen to have better success rates because of two fundamental things. First, the systems and procedures are well documented and professionalized. This is how they are able to grow through franchising.  Second, there are two owners always looking into the business—the franchisor and the franchisee. Both have the same incentive of making sure the next generation successfully takes over the business. And according to surveys, 85% of owners want their families to take over the businesses and grow them for the next generations.

In the US, franchised businesses have been successfully passed on, but not always to family members. A popular route is for businesses to list in the stock exchange, or more recently, to be bought out by investment groups.

Lastly, because franchised businesses continually reinvent themselves with new ideas, new people, and new franchisees, franchise organizations tend to be more dynamic and adaptive to changes, hence, franchise businesses are seen to have success rates of 90% and above.

Q: What issues or challenges are affecting next generation franchisors? What about franchisees?

Q: Are there learning and development programs that can enhance next-generation franchising?

A: To enhance next-generation franchising, it is important that you involve the next generation in running the business. Even if they are still children, involve them in store operations, have them attend meetings, get them excited to contribute to the business early on. Have them talk to franchisees and employees and understand how the business is, in fact, helping these business owners, their employees, and the community.

On a more professional level, consider taking a Certified Franchise Executive (CFE) Program, the ultimate badge of excellence in the franchising field. We are blessed in the Philippines since we were the first country outside the US that was granted the right to certify CFEs. By blending classroom training, on-the-job experience, and exposure in expos and conferences, the CFE program ensures that its graduates have a holistic view of franchising and are able to build strong franchising organizations. The best thing you can give to your next generation is a strong business with a strong team, as that allows for transitions to be smoother and more successful.

Lastly, the Philippine Franchise Association, together with the US-based International Franchise Association, is also spearheading a program called “NextGen in Franchising.” This encourages young entrepreneurs to grow their businesses through franchising while encouraging a new breed of people to get careers in franchising. The winner of the program will be sent to the US to attend the next big franchise convention, thus allowing our local franchisors access to networking opportunities, an opportunity to listen to other international experts in the industry, and finding channels for investors to further grow their businesses.

(Josiah Go is the chair of marketing training and advocacy firm Mansmith and Fielders Inc. For the complete transcript as well as interviews with other thought leaders, visit www.josiahgo.com. Deadline for submission of entries and requirements of the 1st NextGen in Franchising Award is Aug. 14, 2015. E-mail [email protected] for details.)