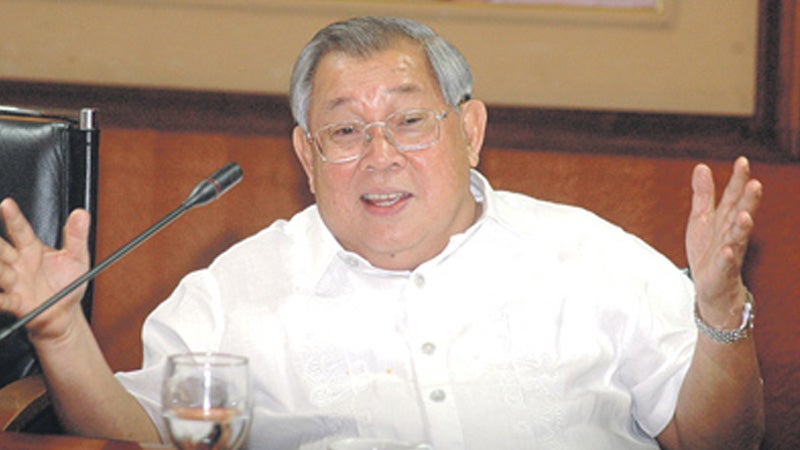 THE admission of GMA Network Inc. chairman and chief executive officer Felipe Gozon that he and his group are keeping the P1-billion down payment for an aborted acquisition of stakes will strengthen the estafa complaint filed against him and other network executives, businessman Ramon Ang said on Wednesday.

Reacting to allegation that it was him who supposedly negotiated in bad faith, the San Miguel Corporation (SMC) CEO said the Gozon group’s claims would be best left to court.

“Obviously, Atty. Gozon’s statement seeks to justify his actions. That’s expected but the matters he raised are matters best left to appreciation by a judge at the time of trial. Yet and perhaps unwittingly by his own admission, Atty. Gozon has reinforced my complaint for estafa,” Ang said in a statement.

On Wednesday, two days after Ang filed syndicated estafa charges against him and other GMA stockholders for not returning the down payment despite failed negotiations, Gozon said the broadcast giant would retain the P1 billion for “damages” sustained by his group from Ang’s supposed violations in the canceled share sale.

Citing right of retention under the term sheet and the Civil Code of the Philippines, Gozon said: “The P1 billion remains in the custody of Atty. Gozon and has been deposited with a reputable universal bank, to answer for the damages that the Gozon Group has sustained by reason of Ang’s violation of his obligation to negotiate in good faith, to execute and conclude the transaction documents, and close the transaction pursuant to the term sheet dated June 23, 2014 among the parties.”

But Ang, who maintained that the down payment was in Gozon’s “full control” despite being deposited in a bank, said the money should have been returned when the negotiations did not push through.

“While the money is in the bank, the bank account is under his name. Thus, the money is still under his full control to the exclusion of everybody else. That is appropriation as well,” Ang said. “Retaining a refundable down payment after the non-consummation of a transaction is the essence of estafa by misappropriation as stated in my complaint.”

Saying that Ang and his lawyers “freely signed” and agreed on their term sheet, the Gozon group denied defrauding the SMC boss and misappropriating any amount of money.

“No deceit was employed upon Mr. Ang. He dealt with the Gozon Group and the Jimenez Group throughout the negotiations with a full complement of lawyers (external and internal) and financial advisors (at least two of them from SMC),” the statement read.

“Atty. Gozon in December 2014 and January of this year requested Mr. Ang for a face to face final meeting to thresh out the remaining issues that the parties’ advisors could not agree on, but Mr. Ang did not accept the request.”

In June, GMA said negotiations between its majority shareholders and Ang were “deemed terminated” after months unsettled talks, which started as early as January last year. Ang planned to purchase 34 percent of GMA’s shares.

“Atty. Gozon claims to have received the P1B on behalf of the Gozon group yet in the same breath he is denying that he is keeping the same for the benefit of the group,” Ang added.