Bringing in the Chinoy audience 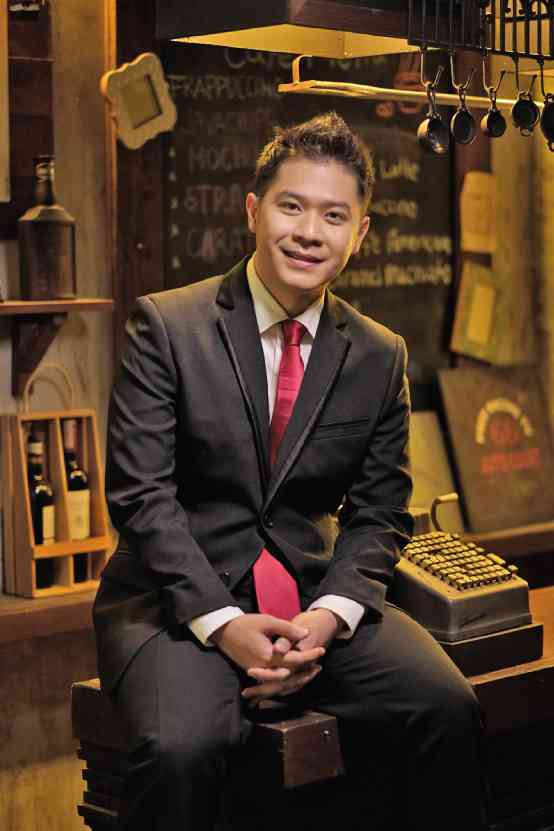 Reaching out to a niche market through a television program is not an easy task, especially with the rising cost of production and a growing number of audiences lost to the Internet.

Alvin Tan, the president of ChinoyTV, the leading Chinese TV show in the Philippines, sees the need for this niche marketing especially in bridging the gap between traditional and modern Filipino-Chinese cultures. Alvin was awarded by Go Negosyo as one of 10 Inspiring Young Entrepreneurs of 2009.

In this Q&A, he shares how he managed to enter TV production armed only with a software business background.

Question: You have won a few awards as a software businessman, what’s your latest software project?

Answer: I joined the tech industry when I started a typical IT company in 2005, but when I met Tito Tony Meloto of Gawad Kalinga, my business outlook took a turn for the better. Tito Tony inspired me to aim for bigger things that serve a greater purpose. It was then that I decided to convert my existing company to a tech-based social enterprise that promotes social technology, called “Siglo.”

For years, the tech community and those involved in social work, specifically poverty alleviation, are two worlds apart. “Siglo” was created to fill this gap in the society.

“Siglo” is a mobile app that aims to maximize the use of technology to empower and uplift the lives of the Filipinos belonging to the Bottom of the Pyramid (BOP) through technology-based livelihood programs by connecting all the players in the ecosystem through a single e-payment platform. In the future, it will position itself as a powerful data-mining tool, which will help them gain better access to information, capital and opportunities.

Q: From software, how did you get involved in TV production?

A: I was first exposed to the media industry in college, when my father worked in TV production. A few years later in 2010, my mother started a Fil-Chi TV program and was in need of someone to assist her. I saw this as an opportunity to learn, and my mother and I eventually became business partners. Being in the media puts you in a position to create change, influence, or make a significant impact. I’ve been motivated ever since to do just that and continue to challenge myself to offer something new, specifically to the Filipino-Chinese community.

Also, when I was in elementary, I would watch a weekly Fil-Chi TV program called “Pin Pin,” and it helped give me a better understanding of my roots. This is something I wish for the younger Chinoys to experience as well. I wanted something to bridge the gap between traditional and modern Fil-Chi through media and show more of the beauty and richness of our culture. Thus in 2010, “ChinoyTV” was born.

Q: Who are you targeting in ChinoyTV—the old or the young Chinese? Are they very different?

A: For ChinoyTV, we are currently targeting those in their 30s and up. They are usually the people who were used to watching TV growing up, and are proud of their Chinese roots.

The approach to the younger Chinoys, however, is different in the sense that since they rarely watch TV nowadays, we have to be more creative in reaching out to them with the objective to raise awareness and spark interest in Chinoy TV. We do this through social media engagement and ground events. These ground events are Chinoy Hao Bang (annual Chinese New Year event at SM MOA), Mr. and Miss Chinatown, Little Mr. and Miss Chinatown (pageants), and reality competitions such as Chinoy Star Ka Na (multilingual singing competition) and Chinoypreneur Challenge (business reality competition).

Q: What are the major challenges in running a TV show focused on the niche Chinese market?

A: The biggest challenge for us would be the lack of measuring tools or studies on the Fil-Chi market. In our case, we are able to get ratings from reputable research agencies. However, none of them can provide the ratings for a niche market. What they only have are studies on the general market, which are widely used by most networks.

Another challenge for us would be the lack of Fil-Chi talents in the media industry. As we know, most Chinoys are into business or corporate. It would really help us if there were more Chinoys who are in the field of TV production, since they already know or are familiar with the target market we’re trying to reach.

Q: In your years of experience in producing Chinese TV shows, what has and has not worked?

A: First, we were able to build strategic partnerships with reputable groups and organizations (Chinese and non-Chinese) and these allowed us to establish our presence and credibility in the past five years. Second, our strategy of marketing ChinoyTV as a television network and not just a mere one-hour show has allowed us to be more aggressive in terms of conceptualizing and introducing new segments or programs.

Another thing was that when ChinoyTV started, it didn’t really have a clear personality that the viewers could identify with. Thus, we decided to get a mainstream talent in the person of Gretchen Ho, whom we felt is a good representation of a modern-day Chinoy—someone who’s proud of her Chinese roots but also open-minded enough and proud of her being Filipino.

We initially ran ChinoyTV without proper structure and where most things were done verbally. Over the years, we realized that this kind of strategy in running a business would not work, so we decided to professionalize our operations that truly helped us in becoming who we are today.

(JOSIAH GO is chair of marketing training and advocacy company Mansmith and Fielders Inc. For the full transcript as well as his Q&A with various thought leaders, visit www.josiahgo.com)

DENR maintains Manila Bay dolomite sand not being washed out