You may have been offered with the best compensation package by your prospective employer but is money the only reason why you are going for that company?

Think again. Think about the little things that are not measured by money alone. The little extras and perks that brighten up your day, which may be much more valuable for your long term career growth.

Consider the seemingly little things that you tend to overlook—the training and development opportunities that companies offer you. The road they pave for a brighter career path for you—to become the best that you can be.

Consider the things that contribute to your state of happiness. When you are out there ready to face the corporate world, think not only about monetary rewards. Think about the emotional benefits, too.

Chris McKenzie, managing partner of McGladrey USA says: “Competition for talent is tough. But we also know that we must offer more than competitive compensation to keep workers happy. It’s a race without an ending. We’ve got to continue to stay on track and be consistent, because in order to have the highest client engagement level, we need the highest employee engagement level as well,” he says.

McKenzie delivered an environment in which workers thrive to boost their morale at work. His firm focused on developing its 540 Boston-based workers through mentoring and training with sponsored outings and work-life balance. Such efforts have earned his company a spot as one of the Best Places to Work in the U.S. for the first time.

In the Philippines, Bavi (Bounty Agro Ventures, Inc.) is shaping up to be a McGladrey so much so that it was nominated as finalist in the global Oscars for people management, the IIP (Investors in People) where companies from 75 countries worldwide participated.

It emerged as finalist in the best newcomer (large company) category. Finalists in this category were chosen on the basis of their incredible passion, dedication and unswerving commitment to investing in their work force. They have clear understanding of what they want to achieve and genuinely care about their people and their future.

Bavi was represented by its AVP for Human Resources and Legal Services,
lawyer Nedo Sasing, in London. CONTRIBUTED PHOTO

Despite being a relatively young company compared to the business moguls in the country, Bavi emerged as the only Philippine company to be nominated in the said category, and the only company from Asia. The company can only be proud of how its management practices are starting to attract international recognition. 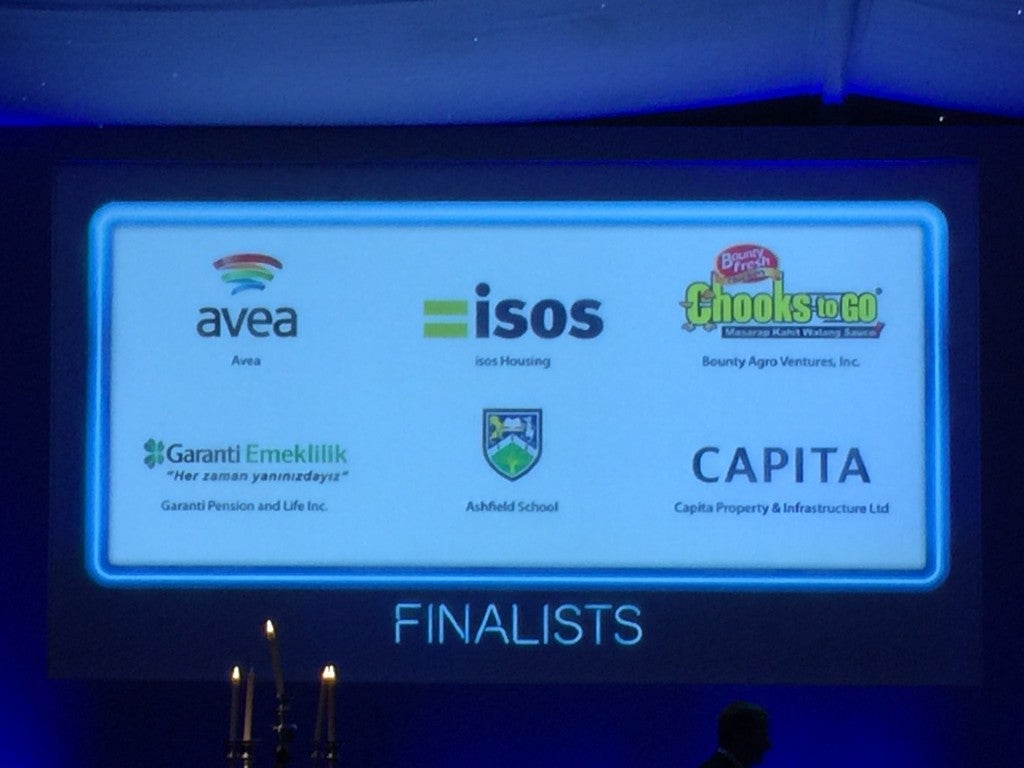 While it did not bag the coveted prize, it was an achievement in itself for a company that has been developing its people from the very start, where people culture has always been at the forefront of its talent development program. It’s an even greater achievement to be nominated and be put alongside the international players.

IIP is a management framework for high performance through people, a prestigious accreditation recognized across the world as a mark of excellence. It recognizes companies by championing best practice in people management and equipping them with tools to succeed.

Organizations that demonstrate Investors in People standard can achieve accreditation through a rigorous and objective assessment.

Established in 1991, Investors in People was put up by the UK Government to help organizations get the best from their people. Two decades later, its standards are at the cutting edge of people management excellence, and accreditation, proudly held by more than 15,000 companies across 75 countries in the world.

The Investors in People accreditation is a recognized and registered trademark across the world and committed to people development. Members are from micro-businesses to multinationals, start-ups to century-spanning organizations. Whatever the size, whatever the stage a company is in its lifecycle, it recognizes companies that extoll people empowerment, and develop people to be the very best they can be.

Ronald Daniel Ricaforte Mascariñas, president and general manager of Bavi, says of the nomination: “We are truly honored and inspired by this. Our nomination as a Finalist for the Best Newcomer category was a huge morale booster to the entire organization especially the core group, which invested so much time and effort to comply with the IIP basic standard for accreditation. The nomination injected the team with renewed vigor as we work on our bronze accreditation this year. I cannot thank IIP Philippines enough for their patience and guidance in our journey for excellence in people management.”

Want to join a Filipino company that develops and empowers people? Please check out Bavi’s company website if you’re interested in joining the team: http://chookstogo.com.ph/careers