Healthy food in the city 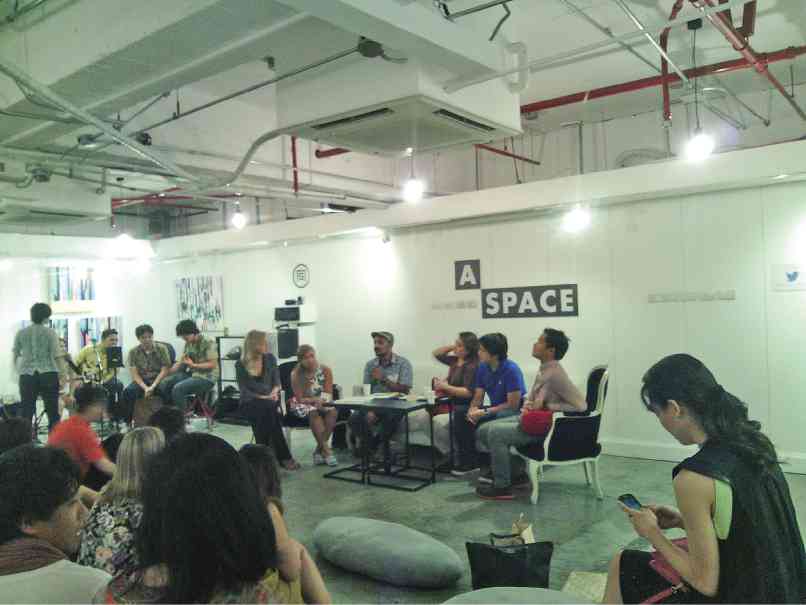 In an urban nook at the heart of Makati, a group of likeminded individuals gathered to call for a different kind of revolution.

After all, it’s not every day that one gets to see a basket of green vegetables on an urban space offered free to visitors—and it’s not easy to see their cause beneath this irony. On June 24, social entrepreneurs gathered at A Space Manila for the first Manila Urban Revolution of Sustainable Food with one goal in mind: call for healthy food in the city.

Organized by MakeSense, a community of people on social innovation, the festival featured Dhanuka from Good Food Community, social entrepreneurs and couple Abel and Chel Quitoriano, and BoodleBox founder Ruben Lanot to talk about obesity in big cities, access of poor families to healthy food and challenges in advocating sustainable food in the Metro.

When Dhanuka first arrived in the country from Canada, he was looking for a way to access healthy food in the city. He came across Good Food Community and became one of its volunteers.

“We connect farmers to consumers in the city through community hubs to help them understand the importance of organic food,” said Dhanuka.

In a sense, the effort to connect city inhabitants and local farmers has both macro and micro impacts. It helps fight obesity and develops local sustainable production. But doing so in an overpopulated Metro Manila proves to be a daunting task.

“We have a hard time reaching the people who needed us the most, especially the lower-income consumers … one of the problems is logistics … driving around Metro Manila carrying veggies is hard,” said Dhanuka. He also observed that vegetables like lettuce, arugula and carrots are not part of general Filipino diet and are mostly accessed by young professionals.

The general assumption that Filipinos are meat lovers also hinders a shift in mindset when it comes to eating. For Chel and Abel, it starts at home. The two, who are launching a social enterprise to help busy moms prepare healthy food for their families, still eat meat at home but they oscillate it to get rid of injected hormones and antibiotics.

“Sometimes in organic poultry or pig farm, you have to give (the animals) organic feeds … and most of the feeds are not from the Philippines,” said Dhanuka.

BoodleBox owner Lanot has his own take on the economics of eating meat. For him, the people who are eating meat are those who can purchase it, but for most of the population who are underprivileged, they can’t afford to eat meat.

“The real thing that we need to focus on is teaching them what kind of alternatives they can eat so they’ll still consume healthy food,” said Lanot. 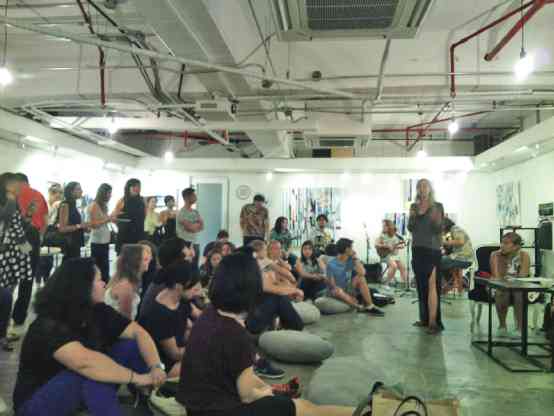 “A typical kid will start and end his day consuming lots of food that are not fit for kid consumption … but the thing is the kids are only eating what’s being served to them,” said Abel.

His observation is a commentary to modern Filipinos’ dependence on fast food and its effects on the Filipino diet, among them diabetes and hypertension.

“People find it so inconvenient to prepare their own food. For us parents, we want people to know that processed and fast food are not healthy and we really need to do something and be enlightened,” said Chel.

When the fast-food culture began to expand in America during the ’60s, the Philippines followed suit. Today, as fast-food restaurants are just a stone’s throw away from homes and workplaces in the Metro, fast food has become imbedded in urban culture.

It’s trendy to go to fast food, the speakers noted, because it is convenient. But the middle-class aspirations and traditions have also influenced this trend.

“It became a status for a lot of people. It’s the cool thing to eat, said Dhanuka. “The West is changing, but here middle-income consumers are trying to get to the level when they can afford to eat (fast food). It’s also about marketing… (fast-food restaurants) have more resources to sell that image,” he said.

“It’s become a norm,” said Abel. “Parents today grew up in fast food, so they just pass along the family tradition. Our generation needs to change our culture; it starts at home because parents are responsible for their family’s health,” he said.