Executives get a chance to enjoy creations of Chef Jeff Claudio 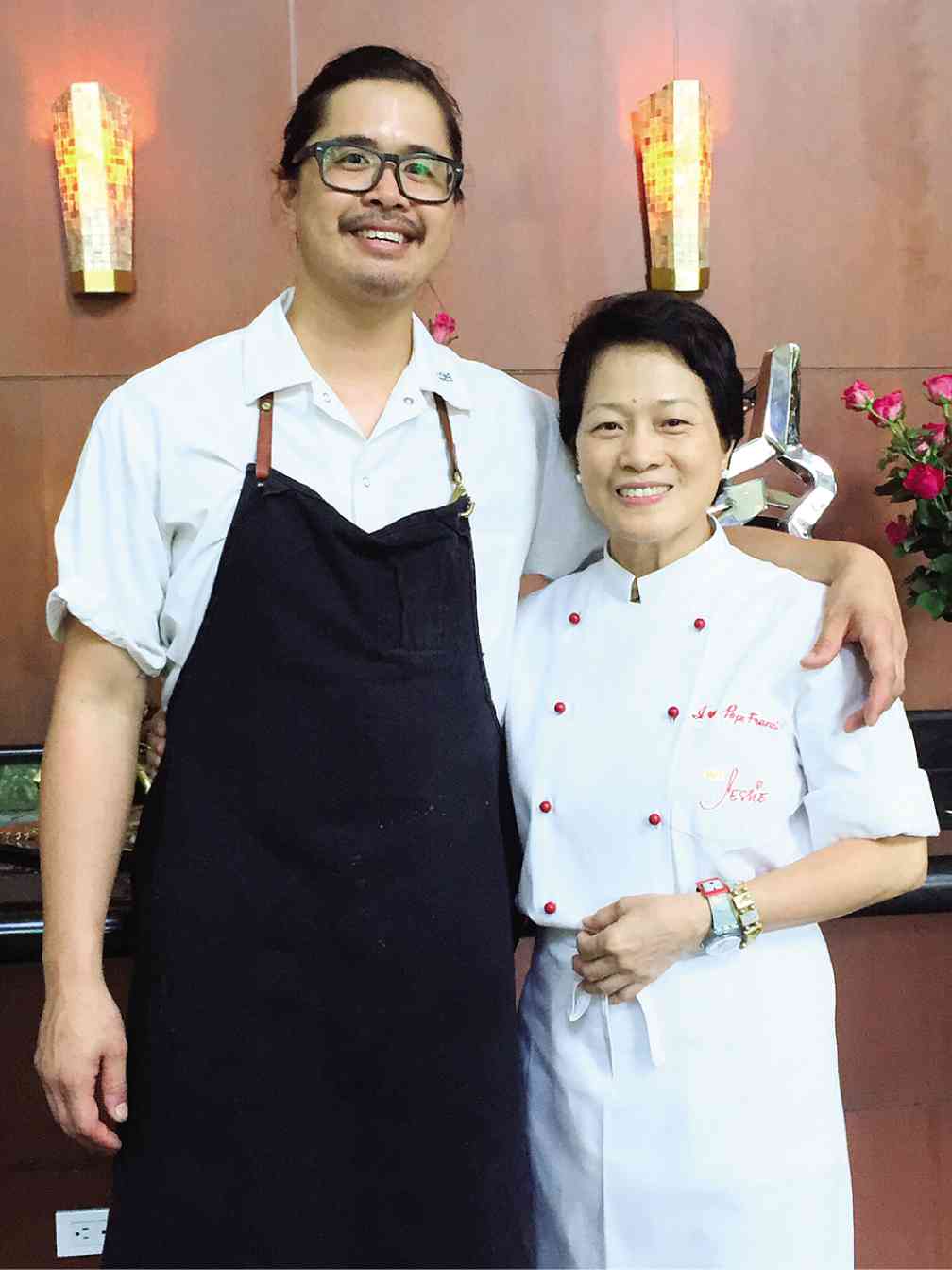 “Taste a bit of Noma, Per Se, Yours Truly, Rockpool, Viajente and Burt Ends at Chef Jessie Rockwell … with the creations of Chef Jeff Claudio …”

This was the message sent by Chef Jessie Sincioco herself, as she invited friends to a media lunch to introduce Claudio, her cousin and former padwan in the kitchen.

Claudio had just graduated from high school in Canada and was dabbling in golf when his parents came up with the bright idea of sending him back to the Philippines to train in the kitchens of Chef Jessie (back then at Le Souffle in Wynsum, Ortigas). That was in 2002.

Since training in the kitchens of his pious cousin (who has served no less than Pope Francis), Claudio has worked at the world’s best kitchens.

Claudio was part of the team that made Noma World’s No. 1 for the first time in 2010.

“It was just a staging experience,” Claudio clarified, “But it was the team that won the World’s Best for the first time.”

Claudio says that Redzepi definitely influenced him greatly, even if he was there only for a short period of time.

“He changed the way I look at food,” he said. 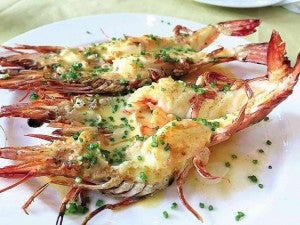 CLAUDIO says sugpo is one of the country’s best ingredients.

Claudio explained that while other restaurants served “old-style” cooking, Noma was dancing to the beat of its own drum.

I thought that the starter that he served—comprised of a banana heart (puso ng saging), pomelo and walnuts—was Noma-inspired.

At least it tasted like it: fresh, capitalizing on local ingredients, yet incredibly unique.

But no, Claudio stressed, “Noma hands can only come from Noma.”

He explained that Noma had developed a style all its own that cannot be replicated by any other chef but can only be delivered by the team in Denmark.

After Noma in 2010, Claudio moved to New York to work with Thomas Keller at Per Se. He worked with Keller for a year and calls Keller “amazing.” “The organization, cleanliness, style of food … it is the highest level that I’ve ever seen. And this is executed on a daily basis,” he said.

In 2012, Claudio finally made a name for himself at Yours Truly, a small, omakase-inspired restaurant in Toronto. “It was a rustic bar with raw walls,” Claudio recalled, “We just did four courses. There was no menu and no choices. We would just cook whatever was fresh.”

But the restaurant received rave reviews in Toronto. His fans were crushed when he left.

Lucky for us Asians, he is now in nearby Singapore working alongside David Pynt, his flatmate while working at Noma, at Burnt Ends, a must-visit if you are ever in Singapore for the sheer genius of the laid-back chefs behind the bar. (For the esteemed traveller who is more used to fine dining, note though that the set-up here is literally like a bar, with the chef cooking from behind the bar then personally serving you the food.)

And luckier for us Filipinos, Claudio is here for a week, doing a guest stint at Chef Jessie’s in Rockwell until July 10.

From the sneak preview, we were able to try the banana heart salad, which was delicious with an elegant touch of sweetness from the brown sugar to contrast with the gentle bitterness of the pomelo.

Another taste of his genius was a kinilaw-inspired “Leche Tigre.” It arrived on the table like hard noodles. You are to mix it with the “soup” underneath to soften the noodles, uncover the coconut meat, snapper and squid. Like kinilaw, it has a touch of sour but this is balanced with the sweetness from the buko. It is truly refreshing and would go well with even a young Prosecco.

For mains, hold on to your seats for the sugpo, which he doused with an amazing butter sauce that included yuzu and an accent of chili. The sugpo that Claudio chooses, too, are really large ones. It’s no wonder he calls this “the best ingredient of the Philippines!”

For dessert, we got a taste of Claudio’s freestyle halo-halo that had rice (for real) and coconut with almonds and shaved ice on top. It was not too sweet but was a lovely play on textures. I mean, it’s not every day you see rice and ice … but this worked!

Other items to be served include pork croquettes for starters, Claudio’s interpretation of beef tartare for a salad, King Crab for mains and tres leches for dessert.

I think I will also make my way back just to experience Claudio’s interpretation of the lechon, as the menu also says, “Native Pig, Papaya and Tamarind.” (We were not able to try this 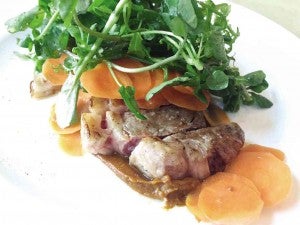 I like the way the chef plays around with his dishes. He also seems to have a light touch, i.e., he seems to like to keep his flavors distinguishable but not too loud, without any one flavor overpowering another.

In the culture of the new generation of chefs, he also veers away from what is regarded as fancy. In fact, he asked Chef Jessie to take out the white linen table cloths and replaced this with Manila paper!

In Claudio, I see the new generation of power chefs. He calls his cuisine “bistronomy” or bistro cooking merged with modern gastronomy.

It’s the Gen X flavor and not something that we would ordinarily find in Manila, although we have our own pool of exceptionally talented chefs. I would take advantage of his presence while he is here.