There’s life after retirement for former IT exec 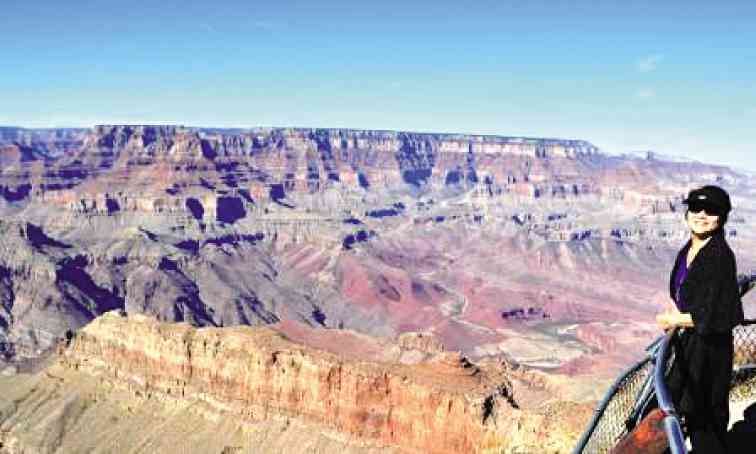 CAROL savors the sights of the Grand Canyon

The former top executive in the information technology sector met her soulmate, travelled around the world, wrote a book, learned to cook and conducted lectures.

The transition from corporate life to retirement, however, was not without challenges.

Carol likens the shift to an inflection point, or a turning point after which dramatic change happens.

Carol says her turning point came in 2004 when her sister, former actress Ellen Esguerra, died of breast cancer that had spread to the lungs. She took care of Ellen and witnessed her sister’s loneliness. Aside from being separated, Ellen had lost a daughter to brain cancer.

Determined to go in a different direction, Carol took a leap of faith.

She left her post as chief executive officer of BayanTrade, the country’s center of electronic procurement.

At 55 years old, she migrated to Seattle, Washington, to be with her eldest daughter and look after her grandson.

She made sure that she could support herself using personal savings.   Investing wisely, she earned her income from the rental of four houses, two of which were sold later.   She put her money in annuity funds that made her money grow.

“I sold here and brought the money to the States. I found guaranteed funds. The interest that I get from the guaranteed funds is worth the same as the rentals here. And I don’t worry about property management or months when there are no rentals. The monthly payments are guaranteed. The principal is guaranteed not to decrease because I put in a clause of interest. I wanted that to be my inheritance to my children,” explains Carol.

She says finding a partner, who provides financial security, is a big factor. An equally accomplished individual, Bill Colborn was president and CEO of a national business printing company, owner of a printing franchise, director for Document Management Industry Association and a member in civic organizations. 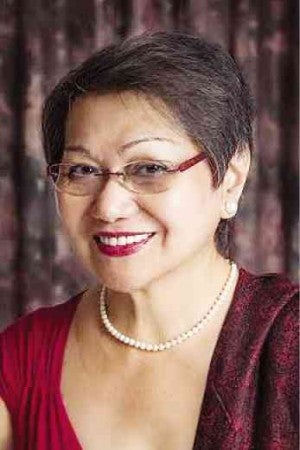 To guarantee his financial future, Bill sold his printing business, the earnings of which could sustain him for the next 20 years.

Then there’s the 401K, (named after the internal revenue code),   a savings plan that enables employees to put in a portion of their gross earnings that will serve as a pension fund.

“My investment [was] over and above the minimum requirement. When I turned 65, I moved that over to my other investment programs,” says Bill, now 71.

While Bill collects Social Security, Carol, a retiree, is entitled to spousal benefit, equivalent to half of his monthly benefit. He also derives added income from rentals of his properties.

America may afford financial safety nets after retirement, but that’s not the case in the Philippines where pension programs and social security provide modest benefits.

Carol thus advises Filipinos to use their money wisely.

“Take control of your finances. Save enough and invest wisely. The system doesn’t do it for you. Be frugal,” she advises.

“In business, profits come from revenues minus expenses. If your salary is P10,000 a month and you spend all of that, you will have a hand-to-mouth existence all throughout your life. Save 30 percent, regardless of your income,” she says.

Carol, who is pushing 67, has been thrifty all her life.

When their house in Sampaloc was destroyed, her father asked if he could use her savings to repair the house.

Then during her years as a professional, she remained prudent with her salary.

“Like in business, your income is the capital that lets you start. Later on, the earnings or savings will propel your success. The profits are either put back into the business or invested further,” she says.

It helped that Carol earned big salaries as managing director of SAP Philippines, general manager of MegaLink and vice president of the Development Academy of the Philippines and from consultancy services.

By the age of 54, she was confident she had enough to comfortably retire on.

“My friends are still CEOs doing pretty much the same thing. I took my life in a different direction,” says Carol.

In 2007, she met Bill through an online dating site. In 2008, they got married and then settled in Phoenix, Arizona.

They pursued their passion for travel by driving through 49 American states from the Arctic Circle to the Tropic of Cancer.

“We skipped Hawaii because we couldn’t take the RV (recreational vehicle) there,” says Carol.

Also known as a motor home, this 37-foot vehicle enabled the couple to tow a smaller car. While the RV was parked, they used the smaller car for sightseeing.

Bill and Carol are proud that they can follow their dreams on a shoestring budget.

Bill points out that a brand-new RV costs $400,000, but they purchased a used RV in mint condition for just $37,000. Instead of buying a tour package, they made their own travel plans and used a GPS designed for an RV.

“In business, you save on revenues by minimizing expenses and thereby increase your profits. That’s the same as in personal life,” says Carol.

Her blogs about their travels have been compiled in a book “Carolina: Cruising to an American Dream.”

Even the production of the book was done at modest cost. Carol got free consultations on the content from her husband and his nephew, an English major. She outsourced the editing to 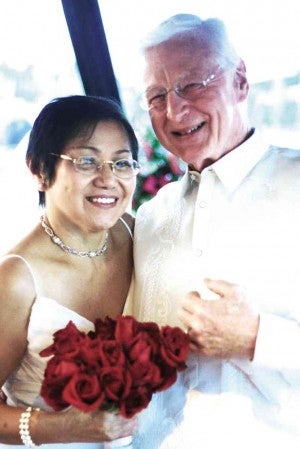 a Filipino woman who gladly accepted $500 to correct a 90,000-word manuscript. Then she availed herself of the 50-percent discount offered by book publisher iUniverse.

An American copy editor pruned down her manuscript at a cost of $250, which was included in the package.

Carol jests that promoting her book in the Philippines has been more expensive than the production. Still, she is happy to be home to reconnect with friends and family.

The author hopes that her first book establishes her as a serious author. So far, customer reviews from Barnes & Noble and Amazon.com have been positive. With plans to write more books, she subscribes to Grammarly, a site which polices grammar and spots possible plagiarism.

On how computer and telecommunications have been a boon to her, she shares, “The Internet helps you achieve your dreams. I found Bill through Match.com. I learned to cook via YouTube. In travel, we use satellite-based apps. When I spoke on project management at the Central Washington University, the lectures would be on podcast to other campuses. My self-publication was made possible through the Internet. The copy editing was outsourced. I was reviewing the cover proofs while I was on a holiday in France. I couldn’t have done all of these without information technology.”